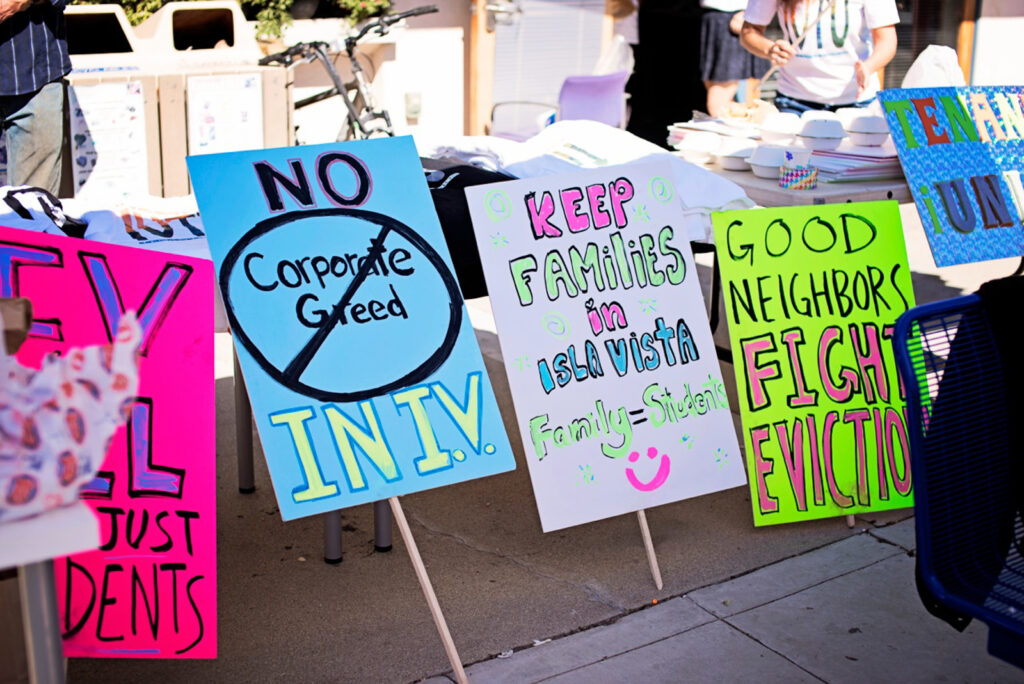 This past Friday, community members, students and staff marched through Isla Vista in protest of the eviction of tenants from Abrego Villas apartments last year. This march was the latest in a weekly series that began earlier this quarter.Christine Skari/Daily Nexus

Students, staff and Isla Vista residents marched from the Pardall Center to the 6700 block of Abrego Road on Friday, continuing an ongoing Isla Vista Tenants Union (IVTU) campaign to protest the evictions of six families from the Abrego Villas apartments in October.

IVTU has led weekly marches as part of the campaign to advocate for evicted tenants rights since the end of January. The campaign calls for the Abrego Villas property manager Majestic Asset Management, LLC to abide by Santa Barbara County Ordinance No. 4444, stating landlords must provide relocation funds to tenants if five or more are evicted within 90 days of each other. The evicted tenants, most of who are low income Latino families, have filed a small claims lawsuit with a hearing scheduled for early March, and officials with IVTU and the Associated Students Legal Resource Center estimate the tenants are entitled to up to $10,500 each in county benefits. 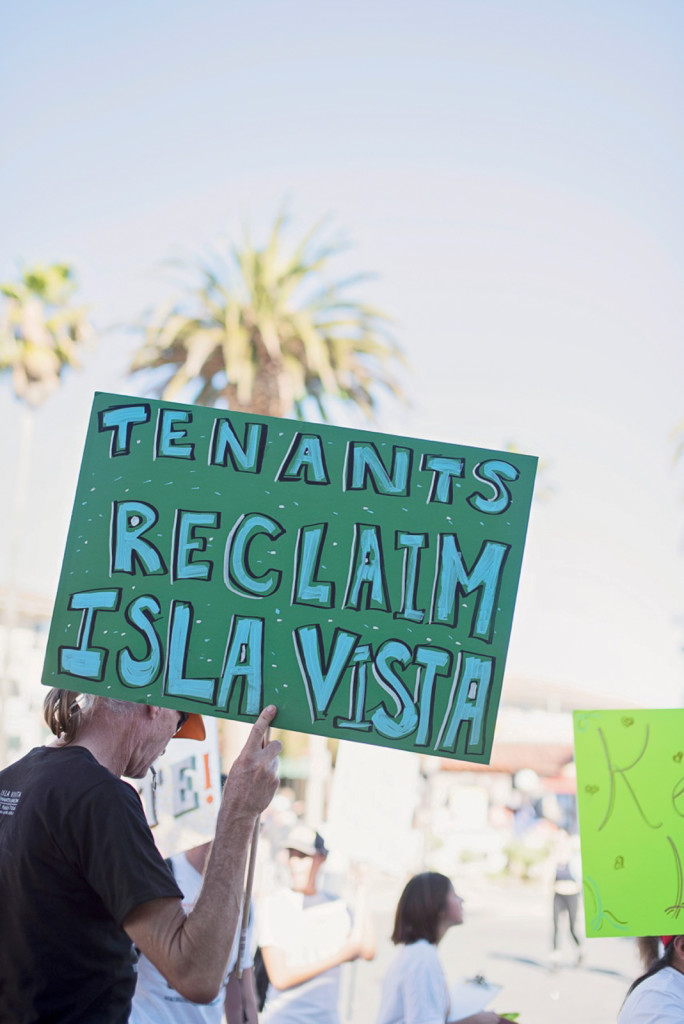 During the event, protesters made beaded bracelets with words like “justice” and “tenants” on them and the IVTU distributed free IVTU shirts and sandwiches. Protesters then marched the streets and chanted slogans including “Tenants United, Will Never Be Divided!” and “Fight! Fight! Fight! Housing Is A Right.”

Fourth-year philosophy major and IVTU Development Director Alejandro Sanchez said the tenants union organized the demonstration in order to bring attention to an issue that he said effects all residents of I.V.

“Some people might think that we’re just here for the six families, but that’s not necessarily true,” Sanchez said. “The six families are part of the community and as a whole were just trying to help them out. At the end of the day, it’s not just for them. It’s for everyone.”

Second-year history of public policy major Ashcon Minoiefar, who attended the march, said the evictions at Abrego Villas are the latest in a history of similar housing issues in I.V.

“They’ve been doing it for years now and it’s not a new thing, evicting people,” Minoiefar said. “It reflects how the landlords here feel that they can do whatever they want — in terms of rent, in terms of upkeep, everything. Housing issues here are ridiculous. And this is just one of the worst ways in which they abuse their power.”

“Where I come from, if people next door were evicted en mass, there would be uproar and there would be protest,” Schunk said. “We’re coming together and saying, ‘Not in our community … You cannot just come here and take advantage of renters. That’s not how it works.’” 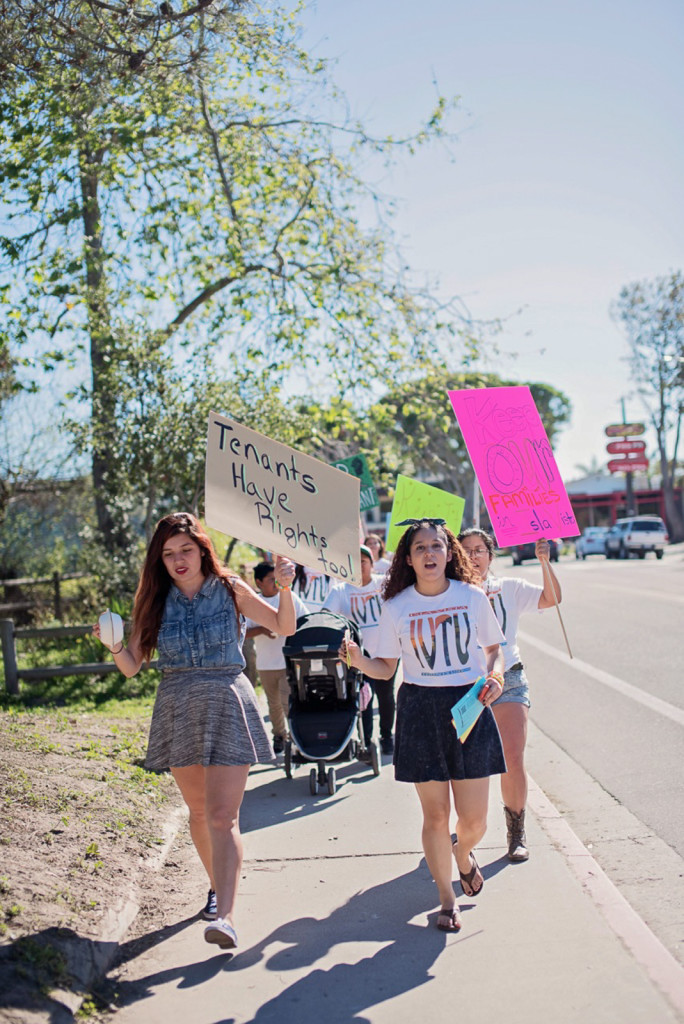 According to Schunk, student and I.V. resident participation in demonstrations is vital to bringing the evicted tenant situation to justice.

“Exposing the fact that these things are happening is paramount,” Schunk said. “As well as gathering community interest to fight these occurrences in the future. It’s about energizing people for the cause.”