The Daily Nexus
Sports
Baseball Finishes Off Opening Series With Sweep
February 17, 2015 at 5:30 am by Sarah Stigers 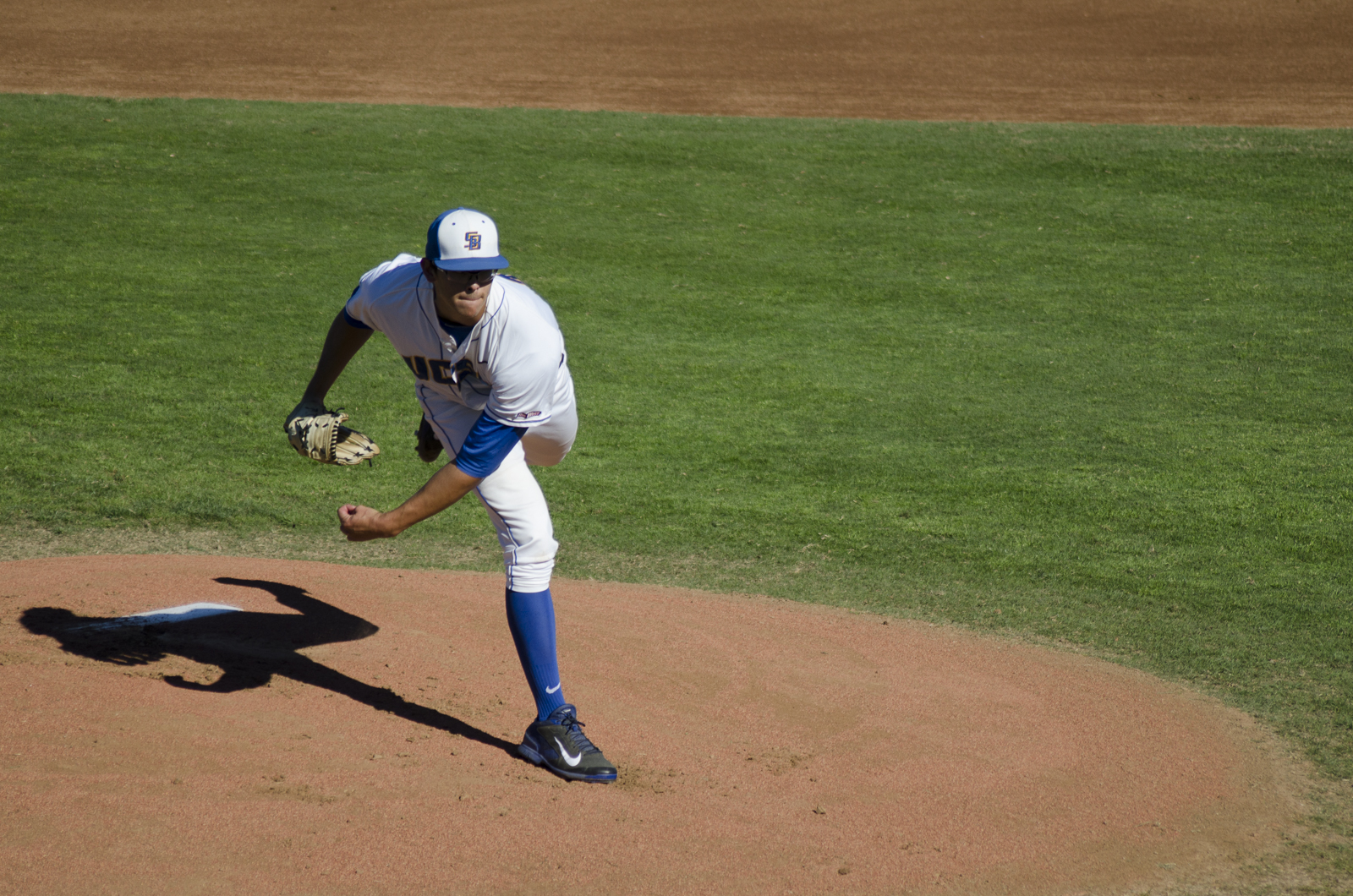 The UCSB baseball team rounded out its season opening home stand sweeping BYU, as it added a 5-4 win over the Cougars to its record Monday evening.

With each progressing game of the series, BYU stood as more of a challenge for the Gauchos. Culminating in today’s final face-off, the Cougars put up three-consecutive scoring innings, and held the Gauchos offense to one hit and no runs after the bottom of the fifth. However, it was not enough to overcome five Gauchos’ runs scored earlier in the game.

“We had a little bit of a defensive bobble for the first time in the series,” Head Coach Andrew Checketts said. “We were trying a little too hard, and we just needed to throw more strikes. We had a lead and we had to make them beat us.”

Starting the game on the mound for the Gauchos was junior left-handed pitcher Domenic Mazza after an ankle injury during Thursday’s practice pushed his original Saturday morning start to Monday’s game. Mazza allowed five hits for two runs and recorded one strike out in 5.2 innings pitched.

“Mid-game was good, the first inning was rough but I got through it,” Mazza said. “The next two innings went by pretty quick; my defense played well behind me.”

Mazza was the start of a long list of pitching changes, as the Gauchos played five pitchers, ending with junior righty reliever James Carter who logged his second save of the season in his 2.1 innings pitched. In total, the UCSB pitching staff only allowed seven hits to the Cougars.

“I’ve been around for four years, and so I know these guys and their pitches,” senior catcher Campbell Wear said. “It’s good for guys to get in during the first series, and get some nerves out from the beginning of the season.”

Of the five runs scored, redshirt senior right fielder Luke Swenson went 2-4 with three RBIs, leaving him with a .500 on-base percentage this weekend in his 12 plate appearances. Junior first baseman Dalton Kelly accounted for two of those runs scored.

“We left some pitches up, and they took advantage of that,” Wear said. “We kept saying in the dugout ‘We still have the lead, let’s finish this.’”

BYU sophomore center fielder Brennon Lund who went 2-5 and put up two RBIs. In addition, the Cougars’ senior reliever Brandon Kinser allowed only one hit to UCSB in his two innings pitched.

Next up, the Gauchos will face Kentucky who also ended the weekend undefeated against Ball State and Richmond and who will play USC during the week.

“I’m feeling confident [against Kentucky], we’ve got a great group of guys out here,” Mazza said.­ “I feel like we’re going to do well this year.”

UCSB will face the Wildcats at home for a three-game series at home starting Friday at 2 p.m.