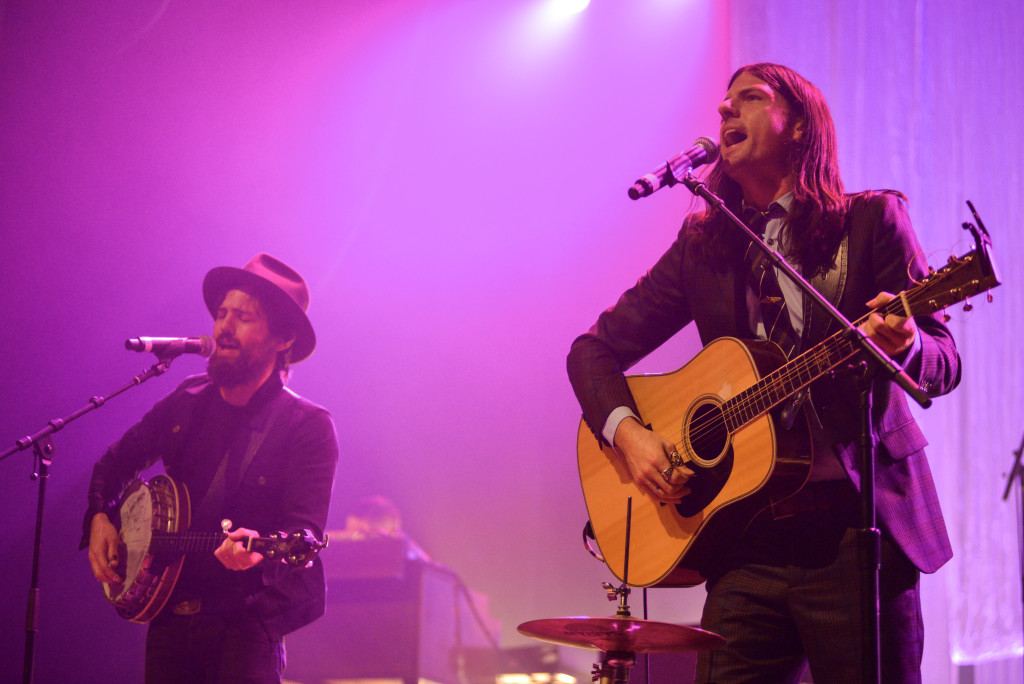 Purple lights shone down onto the stage in the stunning Arlington Theatre Tuesday, Feb. 10 as a flurry of fans eagerly waited for the Grammy-nominated band. The UCSB Arts & Lectures event was nearly sold out, and once the band took the stage, it was easy to see why. With no opening act necessary, the colorful show started at 8 p.m. on the dot. Veteran musicians and brothers Seth and Scott Avett walked on stage in classy attire. Seth wore a blue suit and tie, while Scott rocked an all-black outfit, complete with a Pharrell-esque hat (but cooler). They kicked off the evening with the twangy “Go to Sleep” and revved up the crowd of dancing moms, bearded men and UCSB students.

Backed by a giant cello, drums and a violin, the evening rolled on with songs like “Another is Waiting” from their latest release Magpie and the Dandelion. Singing about the weight of insecurities, the band put every ounce of energy into every single song and kept the momentum building.

“Down with the Shine” from 2012’s The Carpenter showcased the band’s choreography skills. As Scott sang “down with the shine the perfect shine that poisons the well and ruins my mind,” the band swiftly swayed back and forth behind him. The smiles on their faces grew wider as the tune progressed. 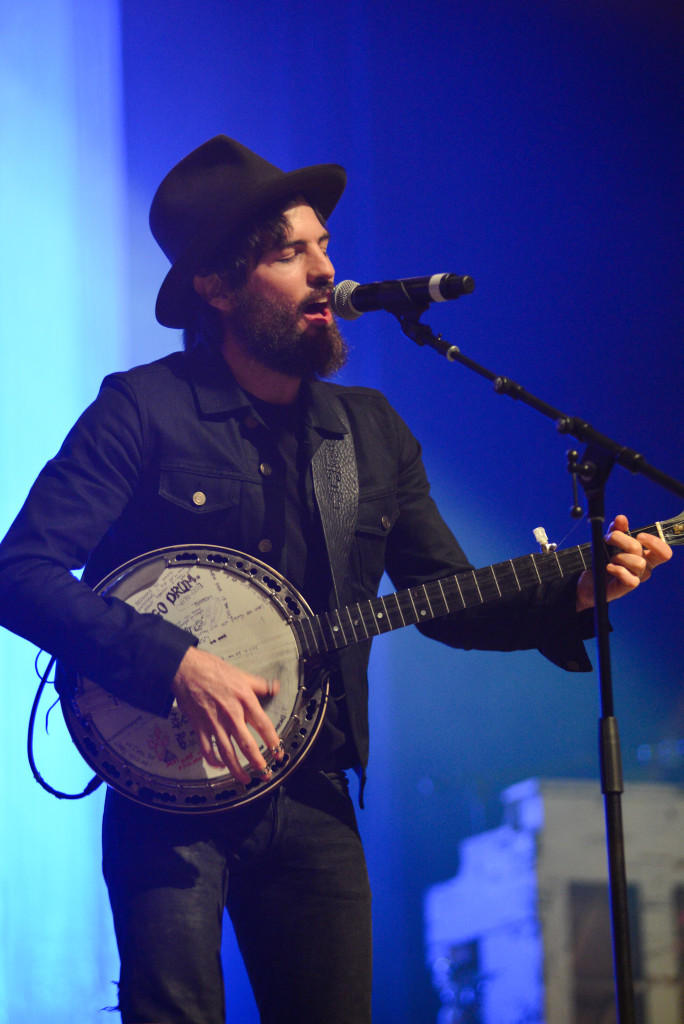 Fan favorite “Shame” showcased the Brothers’ acoustic capabilities. More favorites like “Love Like the Movies,” “Laundry Room” and “Live and Die” kept the casual crowd on their feet as they eased into a slew of newer tracks. One in particular stood out: “Drawn to You” had the Avetts crooning about the delicate balance between being pushed away and being brought closer to someone you love.

After every member of the band had their moment in the spotlight with a brief solo, Scott had his moment with the beautifully worded “Murdered in the City,” a tune about the love between siblings and the importance of family. The mood quickly shifted as fan yelled “I love you Seth!!!” to which Scott replied, “Hey now ya’ll, there’s no favorites here!”

The show ended with their most popular song “I and Love and You,” but not before Scott Avett ran into the crowd during the upbeat “Kick Drum Heart” and gave high-fives to various fans. Finishing, they left the stage and the fans in awe, and soon returned for the “unexpected” encore and delighted the crowd with the sounds of the track “Morning Song.”

This close and tight-knit band has toured for the past nine years and released two albums in the last three years, and they show no signs of slowing down. Like wine, they are only getting better with age, and leave three words that aren’t very hard to say for anyone: These guys rock.