The Daily Nexus
Volleyball
Volleyball Travels South for Highly Anticipated Match With No. 11 UCLA
February 12, 2015 at 5:07 am by Edward Moss 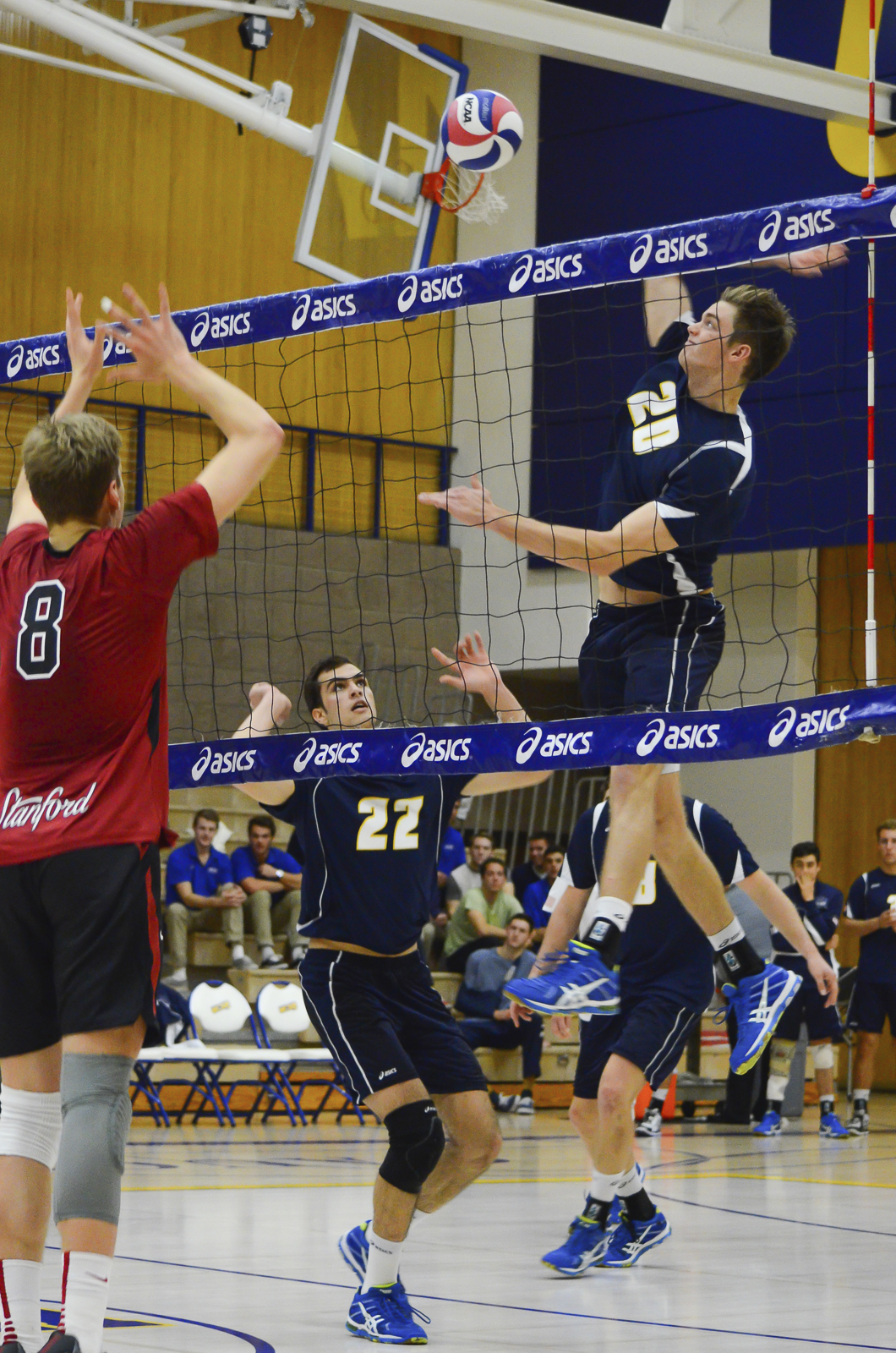 The No. 8 UCSB men’s volleyball team travels to No. 11 UCLA on Friday to take on the very evenly-matched Bruins.

The Gauchos are 7-5 overall and 3-5 in conference play while the Bruins are 6-4 overall with a 2-4 record in conference play. Separated by one game in MPSF standings, both teams will come into the match looking for the victory.

“[Coach Rick McClaughlin] is challenging us to be the best we can be,” redshirt sophomore outside hitter Jacob Delson said. “We’ve been working really hard at practice and we are excited for the match.”

UCSB comes into the match after a much-needed win on Friday night at No. 10 Long Beach State. It has been an up-and-down season for the Gauchos. After winning its first four non-conference matches to start the season, Santa Barbara lost two matches against No. 6 Hawaii and has split matches each subsequent week.

Redshirt senior opposite Kevin Donahue has been a key contributor for the Gauchos both on and off the court. He had 20 kills against Long Beach and he has recorded double digits in kills in the last nine matches. He has a .385 hitting percentage and leads the MPSF in kills.

“Kevin has been great. As a fifth-year, your body isn’t as springy as it was at the beginning of college, but he’s in great shape,” redshirt senior outside hitter Weston Nielson said. “He brings a lot of energy and he has definitely been our go-to guy this year.”

UCLA brings a young and talented squad to the gym. Freshman outside hitter Jake Arnitz is the top performer on this team. Arnitz was the top recruit in the nation according to Volleyball Magazine and he has not disappointed thus far in his college career as he leads the Bruins in kills with 94 and kills/set with 3.24.

Fellow freshman J.T. Hatch will start at the other outside hitter position. Hatch was the top recruit out of Arizona and he is second on the team in kills.

The Bruins are coming off a four-set win over No. 14 CSU Northridge on Friday. UCLA was dominant at the net with 34 block assists as they won the match 25-17, 17-25, 25-18, 25-16. Arnitz led the team with 14 kills and hit .435 during the match. Freshman opposite Christian Hessenauer added 13 kills and Hatch had nine. Freshman setter Eric Matheis dished out 36 assists in the victory.

The Gauchos hope to continue to play strong defense, backed by libero Hayden Boehle. The freshman is averaging 2.03 digs per set, which ranks second amongst MPSF freshman and sixth among all conference players. UCSB will be counting on him to continue to get up any ball hit in his direction.

“They are in a similar position to us. We’re both struggling to get wins,” Nielson said. “Our team is still figuring out how to play together and we’ve had a hard week of practices. We really need this win.”

The Gauchos square off against the Bruins on Friday at 7 p.m. in Pauley Pavilion.