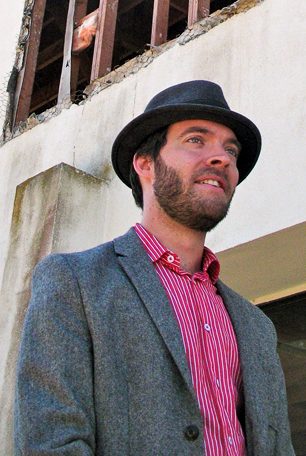 IVRPD director Alex Rodriguez has temporarily taken over the position as Chairperson and Director Pegeen Soutar moved to become vice-chairperson. Bessmer’s resignation has initiated a search for a permanent replacement, with the IVRPD currently collecting letters of interest to fill the vacancy.

Soutar said the IVRPD board of directors will not be running a special election due to its high costs and arduous process.

According to Soutar, the selection process involves a given candidate sending in a letter of interest, speaking to the board at a meeting and answering any questions the board may have for the prospective candidate. Soutar said she is personally looking for a candidate that can balance the number of students and long-term residents on the board.

“I like to have balance on the board,” Soutar said. “I think students have enthusiasm and great ideas, but I also think that long-term residents bring continuity.”

“I would love to see the [IVRPD] board sponsoring more community events like Meet Your Neighbor Day,” Schunk said. “[But] in the end it boils down to what there are resources for.”

IVRPD General Manager Rodney Gould said the Board of Directors is accepting letters of interest from prospective candidates from now until Mar. 6, and the letter should include the candidate’s name, address, contact information and a brief statement regarding their intent to run.

According to Gould, the IVRPD board is hand-selecting the new board member to complete Bessmer’s unfinished term as board member from now until Dec. 2016.

“[The candidate] is appointed by the board and will finish out the outgoing board members term, which will be through December 2016,” Gould said.

A version of this story appeared on page 5 of Thursday, February 12, 2015’s print edition of the Daily Nexus.