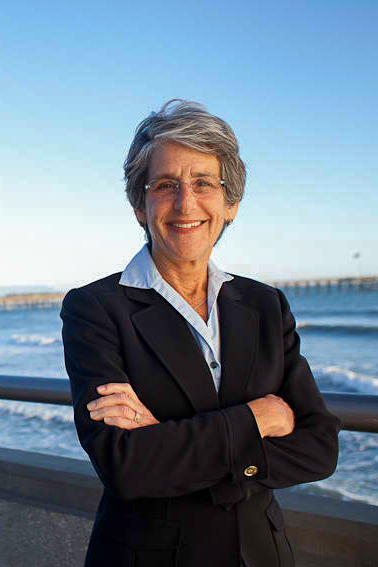 The bill would allow individual community colleges to develop criteria for when to exercise their new authority and would enable them to discipline students alongside the law enforcement for sexual assault, physical abuse, threats of violence, arson-related offenses, sexual harassment, stalking and hazing. SB 186 amends Section 76034 of the California Education Code, which currently states that on community college campuses, “No student shall be removed, suspended, or expelled unless the conduct for which the student is disciplined is related to college activity or college attendance.”

Jackson said her bill is a response to concerns voiced by community college students and representatives, who she continuously consulted while writing SB 186.

“In doing this bill, I was listening carefully to concerns that were expressed by, particularly, our own community colleges both in Santa Barbara and in the other parts of the district, which were very concerned about the limited scope of their ability to discipline,” Jackson said.

SBCC President Lori Gaskin said the bill would provide an important resource for the college to police its student body.

“Senator Jackson and I have talked about areas that provide options for California community colleges to ensure the standards of student conduct are understood and honored,” Gaskin said.

“We have students who live in Isla Vista who are given a pass for behavior that subjects our university students to some kind of disciplinary action,” Jackson said. “There’s really no excuse in my opinion for allowing a pass to someone for this kind of egregious behavior while other students are subject to discipline.”

However, Gaskin also said while she is glad Jackson authored the bill, it is “bittersweet” that the legislation is necessary to maintain student discipline and that there are better ways to encourage good behavior.

“I don’t like engaging my students in a negative way,” Gaskin said. “I like engaging them in a positive way — making them aware of our expectation that they’re scholars first and foremost and that they are pursuing this gift of higher education.”

“I believe that extended jurisdiction can have positive outcomes when it is used appropriately,” Plastino said. “I believe that the bill is a good start to empowering community colleges in their efforts to keep their students and neighboring communities safe.”

Second-year SBCC undeclared major Daniela Hunt said she agrees with the general idea behind the bill, but expressed concerns about its potential for overreaches of authority.

“If the student was in trouble for something drinking-related, it should not be the school’s concern and the student has a right to privacy,” Hunt said.

Second-year SBCC engineering major Colin Andrews said he agrees with the idea of holding college students living in the same community to the same standard, even if they attend different schools.

“I think the bill is good in that it will hold SBCC student[s] living in Isla Vista accountable to their school in the same way as their neighboring UCSB students,” Andrews said. “I just hope that authority would really only be used for serious crimes with victims.”

Gaskin said she recognizes the need for discipline but hopes students take the time to consider the consequences of their actions before the disciplinary process becomes necessary.

“I like to ensure students recognize — from the get-go as freshman — that this is an important time of life,” Gaskin said. “There are reasonable expectations and standards of conduct that a reasonable person is expected to abide by in a college setting.”

Senior Associate Dean of Students Debbie Fleming said it would be good for SBCC and UCSB students living in I.V. to have consistent rules.

“In Isla Vista, where we have both UC and SBCC students living and socializing together, this new bill will help to create more consistent accountability and level the expectations and consequences for student residents,” Fleming said.

According to Fleming, the university strictly adheres to a code of conduct that is very similar to what SBCC would likely adopt similar policies if SB 186 is passed.

“Our code of conduct allows us to exercise off-campus jurisdiction over physical abuse, sexual assault and sexual harassment, threats of violence or other conduct that threatens the health or safety of any persons,” Fleming said. “When serious and concerning behavior is brought to our attention, either by community members or law enforcement, we will investigate and pursue a conduct case that could be forwarded to the appropriate Conduct Committee for a hearing.”

“It identifies certain behaviors that are deemed to be egregious, and sexual assault is one of them,” Jackson said. “I have talked to some women’s groups who have also been supportive of the concept.”

Hunt said she thinks SB 186 would increase accountability for perpetrators of sexual assault, creating a sense of security for students.

“If the school is notified of those students it will definitely add a layer of protection because the community will feel safer knowing that the perpetrator is punished or under investigation,” Hunt said. “The school should investigate in that case and make sure that the student is guilty, and if so the school should be notified and take necessary actions.”