The Daily Nexus
Tennis
Gauchos Return Home Hoping to Bounce Back Against LMU
February 12, 2015 at 5:03 am by Daniel Moebus-Bowles 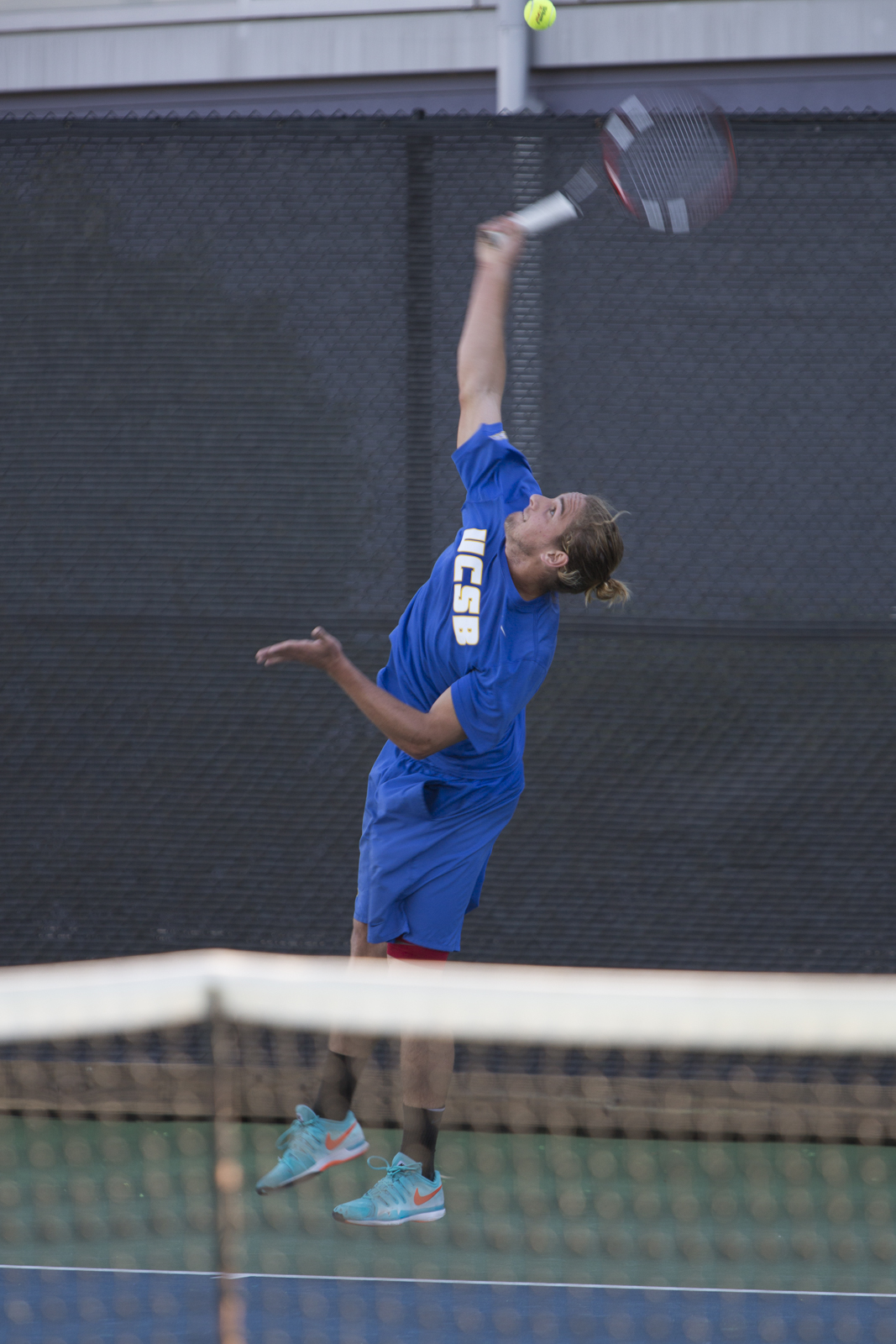 This weekend the UCSB men’s tennis team will look to bounce back from a tough road trip when it takes on Loyola Marymount University Saturday afternoon.

Heading into this match, the Gauchos hold a record of 2-4 while the Lions stand at 2-2 on the season.

After another disappointing weekend on the road, Santa Barbara will look to continue its home success and extend its unbeaten record when competing at the Rec Cen courts. So far this season, the Gauchos have been unable to grab any wins outside of their home courts, as their away record sits at 0-4, but playing in Santa Barbara has been a completely different story. In the two matches that the Gauchos have hosted, they took down respectable opponents in crosstown rival Westmont College and a then ranked San Diego State team.

“Without a doubt, playing at home is always easier,” sophomore player Morgan Mays explained. “The comfort of your own bed and being able to prepare with your regular routine, not to mention the fans, gives any team a boost.”

Mays himself has definitely used the fuel from these boosts in his trials on the home court. As a singles competitor, the sophomore is unbeaten in his two matches at home even in playing on the number one ranked court for his team in both.

He also took both of them in straight sets, beating Westmont’s number one player 6-1, 6-2 and San Diego State’s best athlete 6-4, 6-4. Along with that, he helped the Gauchos to their only doubles win of the season, which came against SDSU and was achieved when Mays and his junior partner Andrew Riminton clinched the third match 6-4.

Back into the action for UCSB is senior leader Tobias Galskov, whom has traded back and forth with Mays this season for the number one spot on the team. After a couple of tough early losses for this veteran, which was followed by a quick leave of absence, Galskov is back competing for his Gauchos. This battle with LMU will be just his second time competing at home this season in the singles event and he will be looking to capitalize on his first home victory to help push his team over the Lions. He is more than capable of doing so as he is recently coming off of a huge individual win over No. 53 junior Uros Petronijevic, which he forced to three sets after dropping the first.

The Lions will not be a team to walk over as they come into Saturday’s events riding a two-match win streak. The Lion’s two victories were achieved at home in two dominant 7-0 sweeps of Grand Canyon College and Sacramento State, respectively. This team has not picked up a road win all season so far, but will get another shot when they face the Gauchos this weekend.

Doubles matches are set to start at 1 p.m. on Saturday at the Rec Cen courts.