The Daily Nexus
Sports
Baseball Begins With Four Games Against BYU
February 12, 2015 at 5:08 am by Sarah Stigers 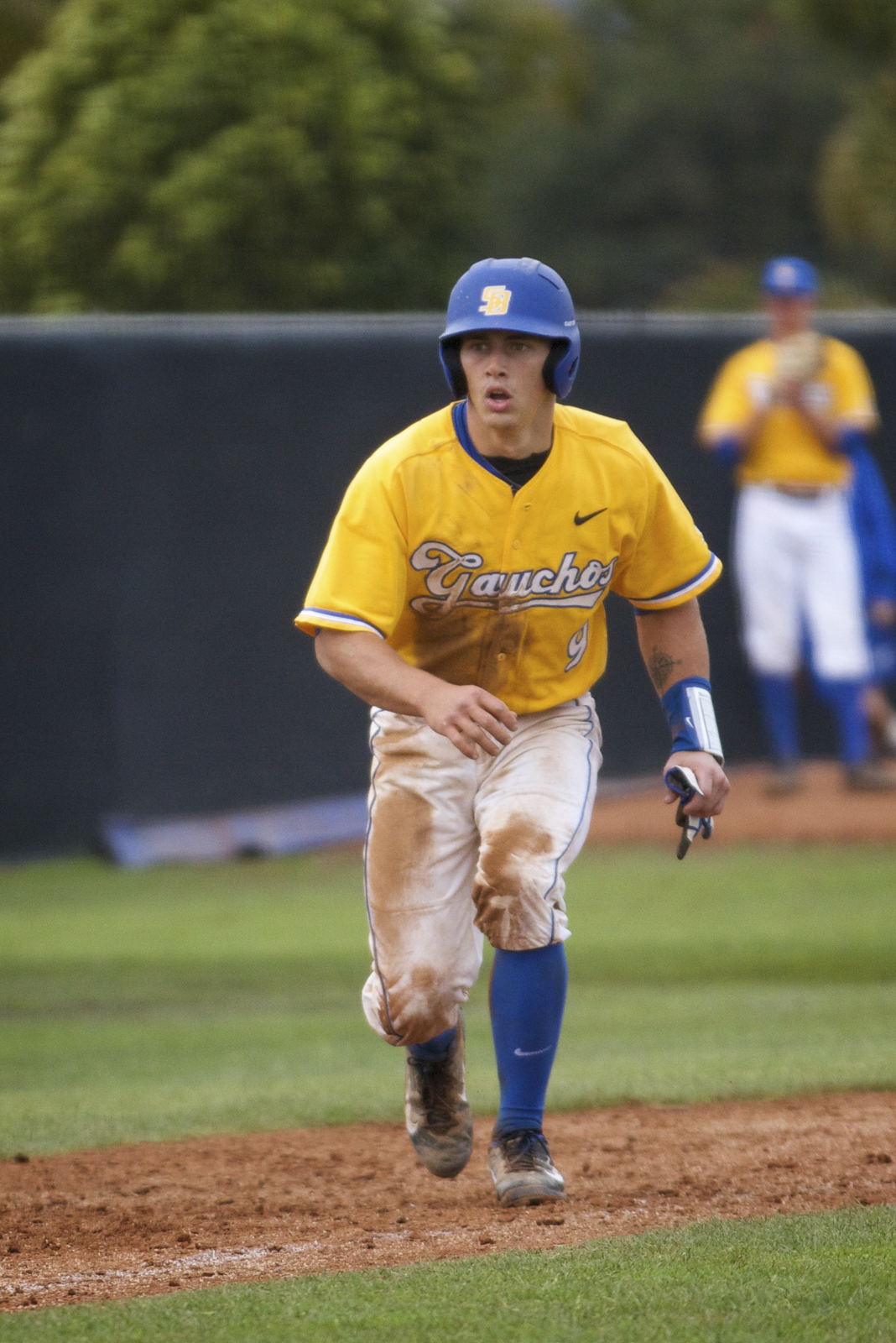 The UCSB baseball team kicks off the 2015 season in its first preseason games this weekend with a four-game home series against BYU starting this Friday.

Last season, the Gauchos finished with a 34-17-1 overall record and 12-12 in conference, putting the team in the fifth spot of the Big West final standings. However, in recent preseason rankings, UCSB has been positioned at No. 18 in the NCAA according to Perfect Game’s Top 25, and at No. 16 according to Collegiate Baseball. The team has also gotten the nod to finish first in Big West by Mike Rooney of Perfect Game, but was predicted to finish third in Big West in the conference’s preseason poll behind Fullerton and 2014 Big West Champion Cal Poly.

Big conference competitor Fullerton was ranked one below UCSB on the Top 25 list at No. 17, according to Collegiate Baseball. Cal Poly was ranked at No. 13. Among other topped ranked teams this preseason, UCSB is scheduled to face Collegiate Baseball’s No. 15 Oregon, No. 32 Wichita State and No. 35 Loyola Marymount.

“Our job is not to worry about the rankings,” RS senior utility player Woody Woodward said. “It is a good indication of the direction we want our program to go. But our job is to just play the game of baseball and do our best to win every game and let that stuff take care of itself.”

While holding those rankings, and with the tough preseason ahead in mind, the Gauchos will start their season’s journey with BYU this weekend. Last season, UCSB played a solo game against BYU, charting a 9-5 win over the Cougars, holding the team to only seven hits and four errors.

Finishing 22-31 last season, the Cougars retained 16 upperclassmen for the 2015 season, while adding 10 freshmen to their lineup.

“I feel really confident about the Gauchos going into the opening weekend against BYU,” Woodward said. “Our goal had been to focus on the process and get better everyday we step on the field. Going into this weekend I think we are in a great place.”

This season, the Gauchos are once again bringing to the mound junior right-handed pitcher Dillon Tate. During this preseason, Tate has most recently been chosen as a Preseason All-American by Baseball America and also received two other Preseason All-American Awards over the off-season by both Perfect Game, and Collegiate Baseball.

Last season, Tate recorded a 1.45 E.R.A. with 12 saves and 46, strikeouts while allowing only 17 total walks which earned him a spot on the 2014 All-Big West second team.

While experience is a major strength of this season’s Gauchos, the team has also found new prospects in its incoming freshmen. The 12 new additions to the UCSB lineup put together by Head Coach Andrew Checketts and others has earned a No. 32 national class-ranking from Perfect Game’s top 50 2015 recruiting classes.

“There are many guys that came in this year that will have big roles for us,” Woodward said. “Championship teams are solid from top to bottom and this 2015 Gaucho team has a lot of depth.”

UCSB will play BYU at home at 2 p.m. on Friday, followed by a double header starting at 11 a.m. on Saturday.