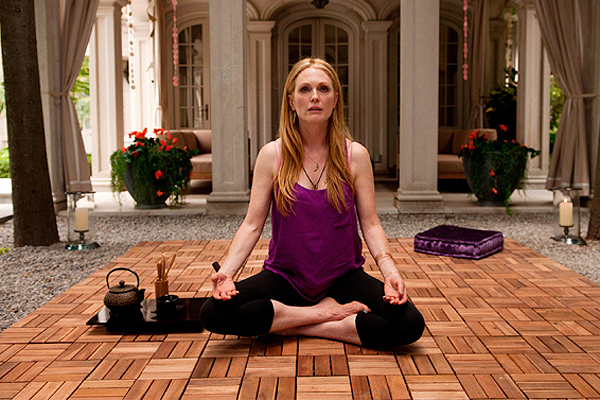 Sex, murder, incest — these are a few themes in the film “Map to the Stars,” written by novelist Bruce Wagner. Though the trailer makes the film seem like a satire on Hollywood’s demented lifestyle, “Map to the Stars” centers on the twisted story about a family enduring the consequences of their life-long mistake: incest.

The plot focuses on the return of a schizophrenic named Agatha Weiss (“Alice in Wonderland’s” Mia Wasikowska), the daughter of a powerful tinsel town family, to her home. The Weiss family members include patriarch Dr. Stafford Weiss (John Crusack), “momager” Christina Weiss (Olivia Williams) and child star son, Benjie Weiss (Evan Bird). Agatha’s hiatus from home was due to her stay at a sanatorium, where she went burning down her old house, almost killing her little brother. The incident was caused by Agatha’s early schizophrenia symptoms, which genetically formed from her parents’ incestuous relationship. Stafford and Christina were long-lost siblings who later reunited and fell in love.

“The movie is about the perversion of the family and the original sin committed by the parents. They had a sexualized, incestuous relationship,” Wagner said in an interview with the Daily Nexus.

Supported by copious amounts of medication, Agatha was able to find a job as forgotten actress Havana Segrand’s (Julianne Moore) assistant. Moore’s character had no inhibitions whatsoever. In a particular scene, she is caught sitting on toilet while enduring the pain of constipation. “That scene shows Julianne’s fearlessness. At a certain point, we were having some scheduling issues with her, and we were concerned that we had to go with a different actress, and the actress that we settled on refused, she could not do it,” Wagner shared.

Chasing a far-fetched role to play her late mother in a film, Segrand was finally able to achieve the sought after role. Unfortunately, her assistant murders her after Segrand was discovered seducing Agatha’s boyfriend Jerome (Robert Pattinson).

“[Julianne’s] character was fun for me to write because she’s completely uncensored, all of her fears and desperation, which is endemic in Hollywood for actors,” Wagner said. “She talks about her humiliation rather than trying to put on good face. Then later in the movie, when she gets that role she wanted, she becomes a little cooler. Ironically, that’s the moment of her downfall when the bad things happened to her. As a writer, it’s wonderful to write a character where there is no filter.”

In the end, Agatha convinces her young brother to commit suicide with her so they can finally be free of the pain and suffering that they have endured all their lives. Together, lying on the unsettled land of their old, burned house, Agatha and Benjie swallow doses of pills and close their eyes under the stars. “It was a way for her to close the circle, which she does by suicide, so she couldn’t escape the perversion. But, she certainly escaped the sexualized element of it and she ended it heroically,” Wagner explained.

Wagner wrote the film’s script 20 years prior to it being made, lending to a challenging process of waiting around. “It was a movie that was hopeless to begin with,” he said. “David [the director] became attached to it, so there was hope, and then that fell apart and another eight or nine years went by, so you would have to be insane to think that this movie would be made.”

A novelist who focuses on extreme themes from wealth to poverty, fame to anonymity, Wagner has felt disparate responses to his work. “When Dead Stars [Wagner’s novel] came out, the Wall Street Journal’s full page on the weekend said it was a masterpiece. Two weeks later, the New York Times called it pornography,” Wagner said. “David’s works get similar divisiveness so we have had it all. But, no one is neutral about “Maps to the Stars”; people have either loved it or have a strong reaction against it. There’s no in-between whatsoever.”

A man who touches on “the poles of the human experience,” Bruce Wagner hopes his new film “Maps to the Stars” will be remembered by his audience. “I hope that people will be entertained because it is an entertainment, and I hope people will be moved in many different ways. The movie stays with you regardless of your reactions, and I hope people laugh; there are funny moments too.”

“Maps to the Stars” will be released in select theaters and on VOD on Feb. 27.