Isla Vista community members met once again in the I.V. Clinic for the weekly shareholder’s meeting. Tuesday night’s meeting focused on the issue of amending CA AB-3 to include a specific governance plan for I.V. self-governance. Sam Aragon/Daily Nexus

Attendees strategized ways to get more input from residents regarding current and prior self-governance discussions and deliberated the May 15 deadline for an amended AB3 bill to include legal language addressing the need for self-governance in I.V. Currently AB3, introduced into the assembly by Williams, cannot be voted upon because it lacks explicit directions for the way I.V. will to be governed.

I.V. Recreation and Park District (IVRPD) board member and longtime resident Pegeen Soutar said the approaching deadline to provide specific legal language in a month is unrealistic and “overwhelming.”

“I am really uncomfortable trying to come up with something in one month,” Soutar said. “It is hard for us to get our heads around and I can’t even imagine the general public who have not been sitting in on these meetings. I don’t think we have all the facts yet. The idea of having something tangible by May is overwhelming to me.”

Local business owner and alumnus Jay Freeman said he was disappointed in the turnout at the town hall, due to both the low attendance number and lack of older community members.

According to Freeman, residents should be informed of the discussion topics before the meeting for future town halls.

“It might have been really interesting to have had in the documentation that was sent out specifying what kind of things were going to be talked about, one of which being a community center,” Freeman said. “Because then people might have thought, ‘Oh, that’s a thing I care about.’” 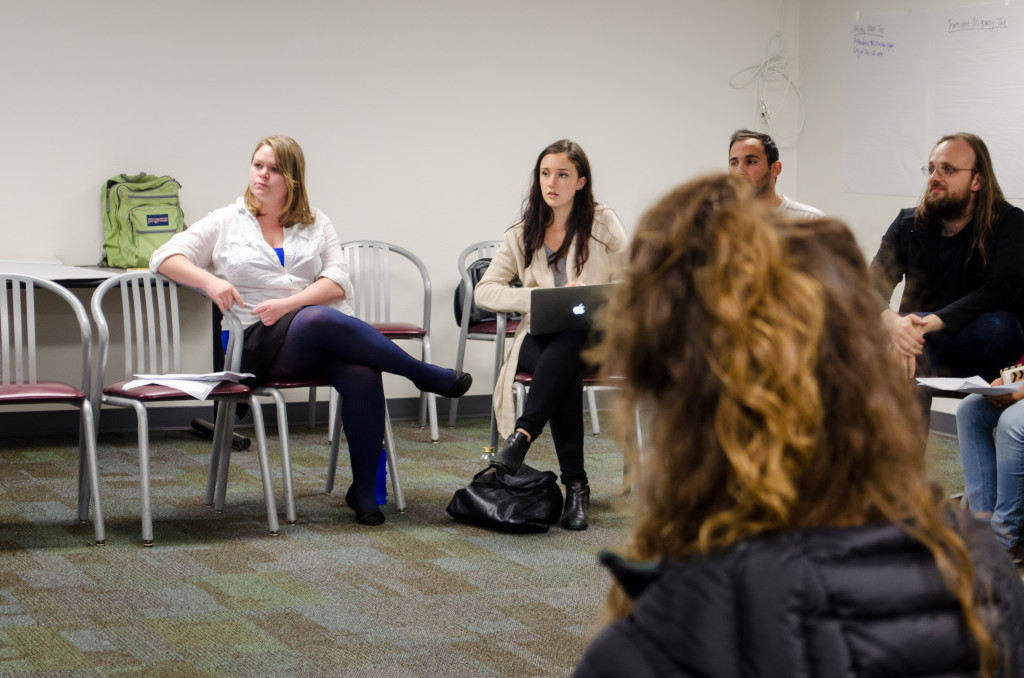 “There’s an Associated Students in Isla Vista survey that deals directly with which services people would like to see,” Schunk said. “If we’re talking about biases and skewing results there is a large possibility that it is skewed because the survey is from the perspective of the student asking what services Associated Students can provide.”

According to Schunk, the EVPLA office is attempting to take into account the sentiments of Latino families and community members in addition to students in the self-governance process.

“That survey obviously is limited in scope, but that outreach is largely from my office targeting Latino families and community members and so we’re trying to wrap that into this outreach,” Schunk said. “That’s a slow-going process, a lot of what we’re encountering is a lack of trust amongst community members in Associated Students, which has been around for a long, long time. We’re working to alleviate that.”

Community organizer from Williams’ office Darcel Elliott said a professional firm will conduct a new fiscal study to better illuminate if and how I.V. could raise revenue to address community needs.

“We’re doing a financial feasibility study by a professional firm,” Elliott said. “That’s going to give us a lot of the hard numbers, so these conversations are mostly educational and starting to get feedback and peoples’ general thoughts on it but obviously when we get those hard numbers that’s what’s going to mean the most.”

IVRPD General Manager Rodney Gould said determining which services are needed in I.V. and how to pay for those services are an integral component of the self-government process.

“That’s the critical thing in this whole process — finding out what services are lacking and how much is being spent at the level they’re at,” Gould said, “Where do we want that level to be and how much more is that going to take. Put a price tag on each one of those services, figure out what we want as a community and then pick and choose the services we’re going to spend our money on.”