The Daily Nexus
Tennis
Road Woes Continue for Gauchos in Big West Opener
February 9, 2015 at 6:35 am by Daniel Moebus-Bowles 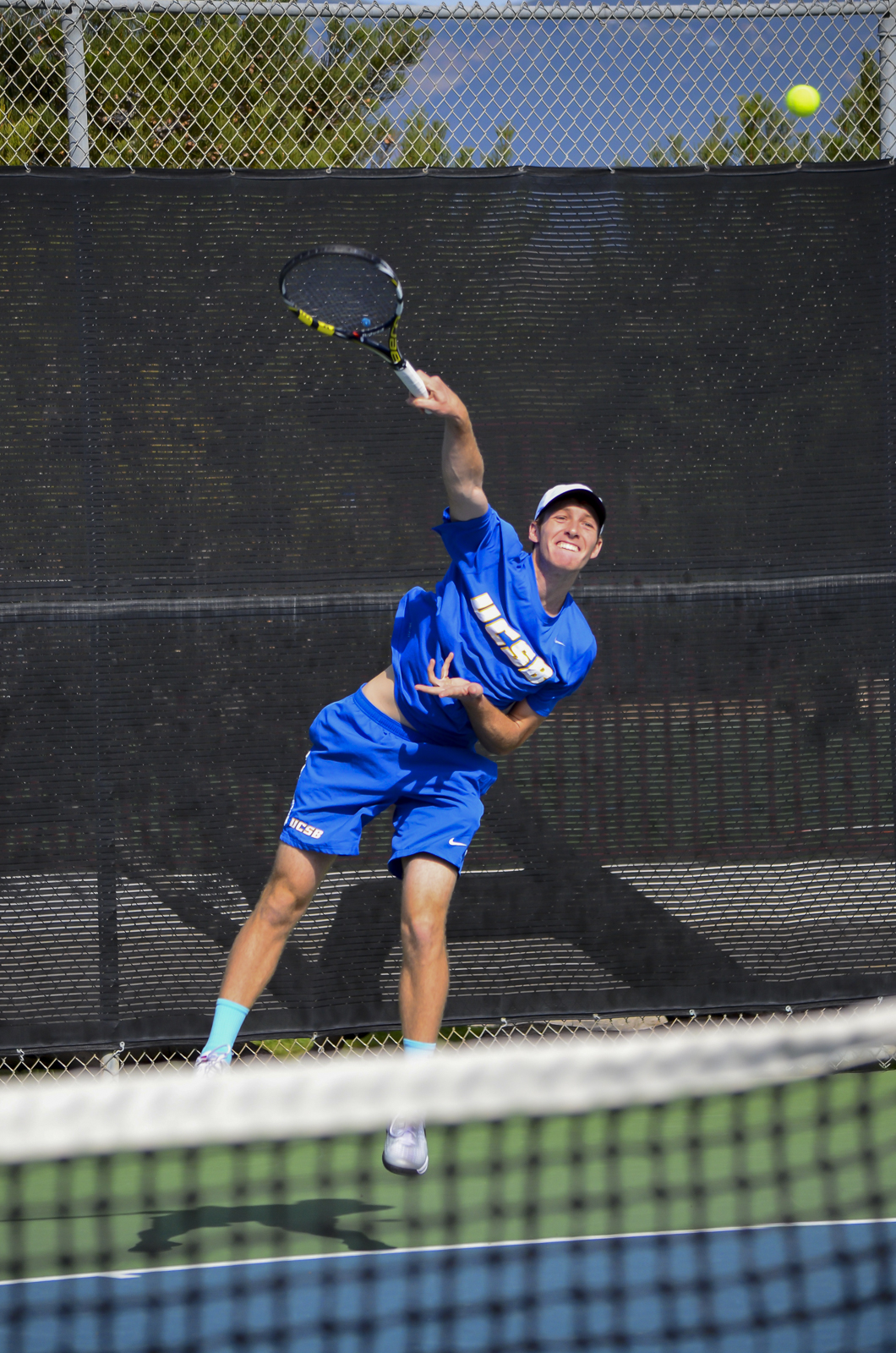 The UCSB men’s tennis team suffered a couple of tough losses on the road trip this past weekend. On Saturday, the Gauchos fell to the University of San Diego 4-3 and on Sunday to UC Irvine by the same score.

With these two losses, UCSB falls to a record of 2-4 with all four losses coming on the road. The Gauchos start conference off 0-1 with the loss to Irvine.

The match with the highly ranked Toreros team was an exciting one with close competition all around. Of the six singles matches that were played, five of them went to three full sets before a victor was established. The only match that was settled in two sets was won by sophomore Teague Hamilton, who played on the sixth court and gave the Gauchos their first point of the day. His win tied the score at one apiece as UCSB’s consistent struggles in doubles play downed them a point to start the match.

Along with Hamilton, senior Tobias Galskov and junior Nathan Eshmade were able to provide their team with two more points, which evened the count at 3-3 with just one more singles match to be completed. Galskov’s win was particularly impressive as the senior reclaimed his singles spot on the number one court and took on the No. 53 junior Uros Petronijevic. Galskov was burned 6-1 in the first set and retaliated to win the next two sets 6-4 and 6-2 to grab the victory over his ranked opponent. Unfortunately, these strong performances were not enough to secure the match victory as the teams split the singles matches 3-3 and the doubles point pushed the Toreros past the Gauchos.

After a heated competition with a ranked opponent, UCSB opened up conference play with the Anteaters of Irvine. The Gauchos started the match on a high note, winning the doubles point for just the second time this season and giving them a 1-0 boost on the day. Wins came from the teams of Galskov and sophomore Erik Johnsson as well as sophomore Morgan Mays and junior Andrew Riminton. They took doubles wins by scores of 6-3 and 6-4, respectively.

The singles game is where the Gauchos faltered on the day, as they were only able to win two of their six matches. Hamilton was a bright spot for the team as he continued his momentum from the previous meet and once again defeated his opponent, this time in the number five court for the Gauchos. Although his victory came in two straight sets, they were hard fought as his Irvine opponent nearly held him off in both, going 7-6 and 7-5.

The other Gaucho to pick up a win for his team was freshman Cody Rakela in a very interesting matchup on court three. Rakela just edged out his opponent in the first set winning 7-6 and then proceeded to be dropped in the next set by a score of 6-1. With the match on the line, Rakela repeated his first set performance and won 7-6 once more.

The Gauchos will look to pick up their undefeated home record when they host Loyola Marymount University this Saturday.