The Daily Nexus
Sports
Gauchos Out-Muscled in Yet Another Loss
February 9, 2015 at 6:30 am by Michael Jorgenson 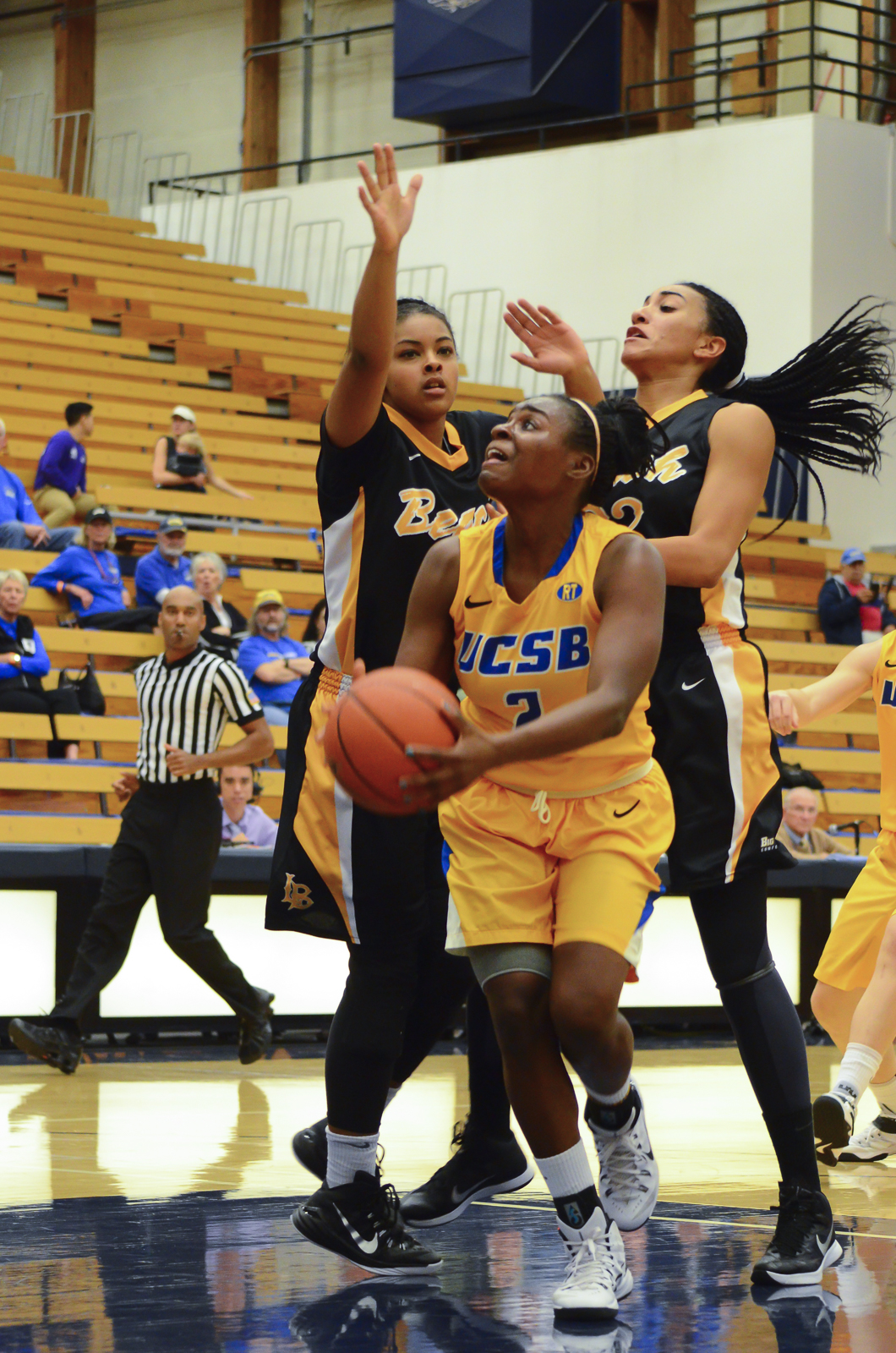 Although the UCSB women’s basketball team seemed to be knocking on the doorstep of its first win after its strong recent performances, the Gauchos took a step back on Thursday, falling to Hawaii 60-43.

The loss was Santa Barbara’s 21st straight to start the year, putting them at 0-21 overall and 0-8 in the Big West now halfway through conference play. Two days after the win, the Rainbow Wahine went on to defeat Cal Poly to improve to 15-7 overall and move into first place with a 7-2 conference record.

Things were looking up for the Gauchos in the first half of a physical game, as senior center Clair Watkins’ jumper with 8:14 remaining put her team up 17-14. However, a 7-0 run to close out the half which included a pair of buckets from Hawaii’s senior guard Ashleigh Karaitiana made it 30-23 Hawaii heading into halftime.

The Raibow Wahine took their momentum into the second half, outscoring UCSB 9-2 in the first nine minutes to increase the lead to 39-25. The deficit reached as high as 21 as Hawaii shut down the Gauchos in the second half. Finishing with 43 points, Santa Barbara scored its lowest point total in its last eight games despite shooting a higher percentage from the field.

The difference, as it has been on numerous occasions this season, came from the rebounding and free-throw disparities. UCSB gave up 16 offensive rebounds to Hawaii, which outrebounded the Gauchos 40-25 for the game. From the line, the Rainbow Wahine shot 18-24 compared to just 4-8 for Santa Barbara.

Hawaii’s Destiny King had an outstanding overall game, leading all players with nine rebounds and three steals as she filled up the stat sheet. The junior guard/forward did most of her offensive damage from the free-throw line where she went 9-10 and also scored a game-high 15 points.

Karaitiana put in 13 points and senior guard Shawna-Lei Kuehu went an efficient 5-7 from the field to become the team’s third player in double-digits with 10 points of her own.

On the UCSB side, sophomore point guard Onome Jemerigbe continued to be the team’s most proficient scorer, finishing with a team-high 13 points on 5-10 shooting. However, she was held without an assist for just the first time this season.

In a game where the Gauchos struggled to clean up on the glass, freshman small forward Taylor Farris was a bright spot, pulling in eight rebounds to lead her team.

Although Hawaii shot just 37.7 percent from the field compared to 38 percent for UCSB, it was able to capitalize on turnovers. The Rainbow Wahine turned 16 Gaucho turnovers into 22 points.

Santa Barbara will continue its search for win number one on the year with a road game against Long Beach State this Thursday.