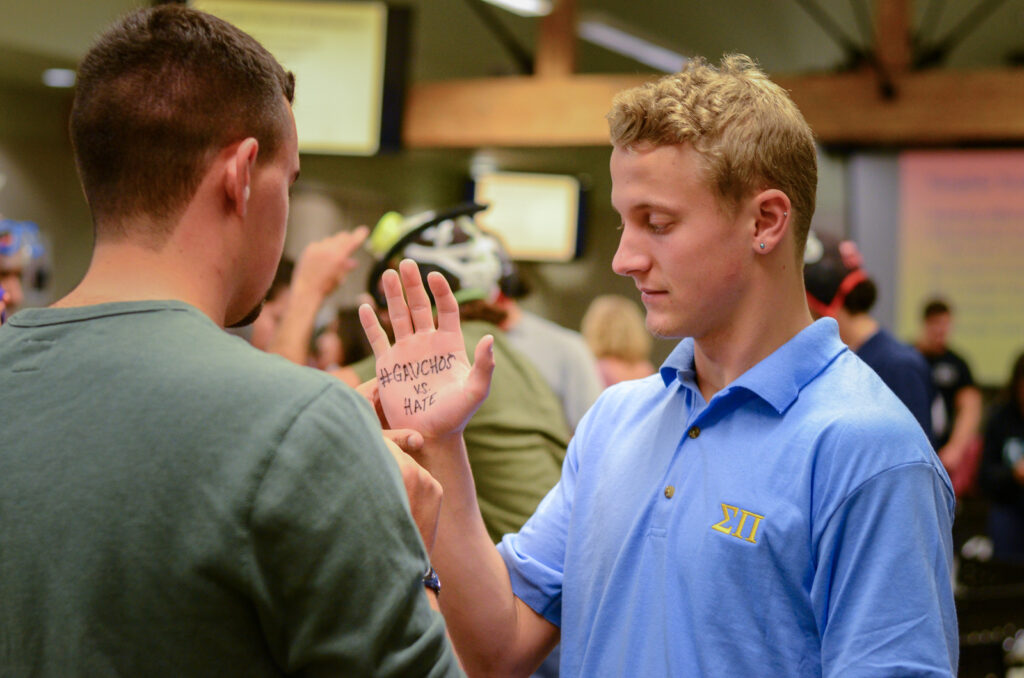 Ty Saylors has “Gauchos Vs Hate” written on his hand. Christina DeMarzo/Daily Nexus

Gauchos Against Hate, a new campus-wide campaign focusing on accepting the Lesbian, Gay, Bisexual, Transgender and Queer (LGBTQ) community, held an event at the Loma Pelona Center Thursday night that included a panel of LGBTQ students.

Four LGBTQ students answered questions in an open discussion on the importance of accepting students regardless of their sexual orientation and identity, discussed the issue of sexual and verbal harassment and discussed how their sexual orientation has impacted their lives as college students. Attendees also signed consent forms to allow their photos to be displayed around campus to encourage acceptance of the LGBTQ community and filled out a survey on the importance of accepting LGBTQ individuals. Approximately 50 people attended the event, including Greek life members, Recreational Center representatives and Residence Halls assistants. 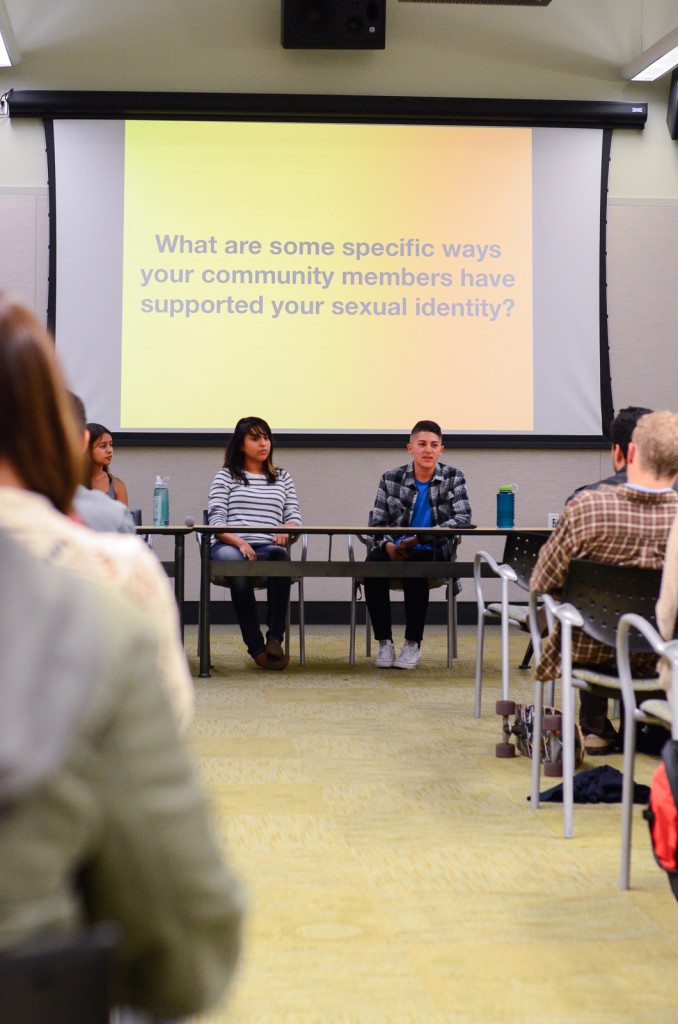 Jose Cruz Berber talks about people who have supported his sexual identity during Gauchos Against Hate.
Christina DeMarzo/Daily Nexus

Second-year psychology and film & media studies major Isaiah Escobar-Henry was one of the four speakers at the event and said while the university generally accepts members of the LGBTQ community, the Greek community and “the I.V. party scene” can sometimes make it difficult for individuals of non-traditional sexual orientation and identity.

“UCSB is more accepting of the LGBTQ community but I have also felt uncomfortable in situations in Isla Vista,” Escobar-Henry said. “I have been called names while I am out. I understand we are a beach college but a lot of Greeks are the most intimidated by the LGBTQ community.”

Escobar-Henry said publicly admitting your sexual orientation as gay can lead to negativity from those who oppose the gay community.

“I feel that ‘coming out’ is definitely a gateway to have hatred towards you,” Escobar-Henry said. “The hatred comes from ignorance and making jokes out of LGBTQ people in the media and public.”

Fourth-year English and film & media studies major Chloe Babauta also spoke on the panel and said because of her bisexual identity she has been followed and verbally assaulted in I.V.

“One time, I was walking down the street in Isla Vista with a girl,” Babauta said. “I was holding her hand and was followed. Another time, I was with my lesbian friends and men tried to make me make-out with them. I felt threatened and in danger. This is why I do not party in Isla Vista anymore.”