The Daily Nexus
Opinion
Warning: Spoilers Ahead
February 3, 2015 at 6:00 am by Elena Salcido 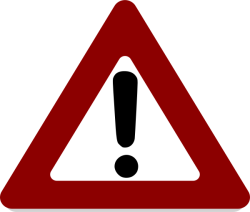 Spoilers: an element of a disseminated summary or description of any piece of fiction that reveals any plot elements which threaten to give away important details concerning the turn of events of a dramatic episode.

I’ve been told that this is a character flaw, but I am the kind of person who needs to know how everything ends up. I compulsively read the last chapter first. I research what will happen on a show so that I know what I’m getting into. I seek out spoilers to everything. If my life had a theme song it’d probably be Radiohead’s “No Surprises” (I googled the lyrics and you know, on second thought, maybe not).

Yet despite all this, I’ve often tried to purposely avoid thinking about the future, rather, my future. In an effort to do this, I’ve done (at least what I’ve appraised to be) whatever seemed to be the next logical step — just putting one foot in front of the other, hoping that it’ll lead me somewhere safe. I had faith that my approval-seeking, automaton wandering would be the best path to take.

And then, (following this potentially ineffective analogy to its conclusion) I looked up and saw where all my actions were leading me. Instead of feeling fulfilled and happy and all the other positive emotions, I’m guessing you probably imagine when you think of what your future career will be … When I thought of where I would end up, the only thing in my mind, the overwhelming thought cluttering my headspace, was a horrifying, voice-wavering, soul-destroying, confidence-in-the-future-obliterating sentence: “I don’t want to go there.”

I hope you appreciate the irony in a schaedenfreude kind of way: the girl who has to know how everything ends up is totally blind-sided by her own inability to fathom the future. I could say that this is a spoiler I really didn’t need right now. I could bitch and moan about how everything I’ve done so far has been an exercise in futility. I could argue that maybe I’m just psyching myself out for no reason. I could write “I don’t know what to do” over and over again in a cathartic attempt to avoid a psychological breakdown.

But that — spoiler! — won’t accomplish anything. If anything, this is a cautionary tale of a girl who was just a little too insecure to do what she really wanted; or else convinced herself she wanted something because she was told that it was a noble, impressive thing to want.

Please don’t misunderstand me: I don’t want this to be taken as blaming others for my lack of self-awareness, because it’s not meant to be. If I were just a little more astute (and a little less attention-hungry), I probably would have realized my lack of satisfaction sooner. And I did … eventually. (Thanks a lot Dr. Nabi for making me aware of my own emotions — and I don’t mean that in a passive-aggressive way, I swear).

I honestly hope (as opposed to insincerely hope) that you are happy and confident with your career goals. If you’re not, well, now you know that at least one other person out there has been having an existential crisis, too. And as for what I plan on doing now … well, what else can I do except work hard to acquire the skills that I need to do what I want to do? I’m only 20 — it’s not like I’m too far down the wrong path to turn around now (and you thought that analogy was over! Joke’s on you!).

Elena Salcido was hoping for a “deus ex machina” solution to her problem, but she’ll settle for hard work instead.