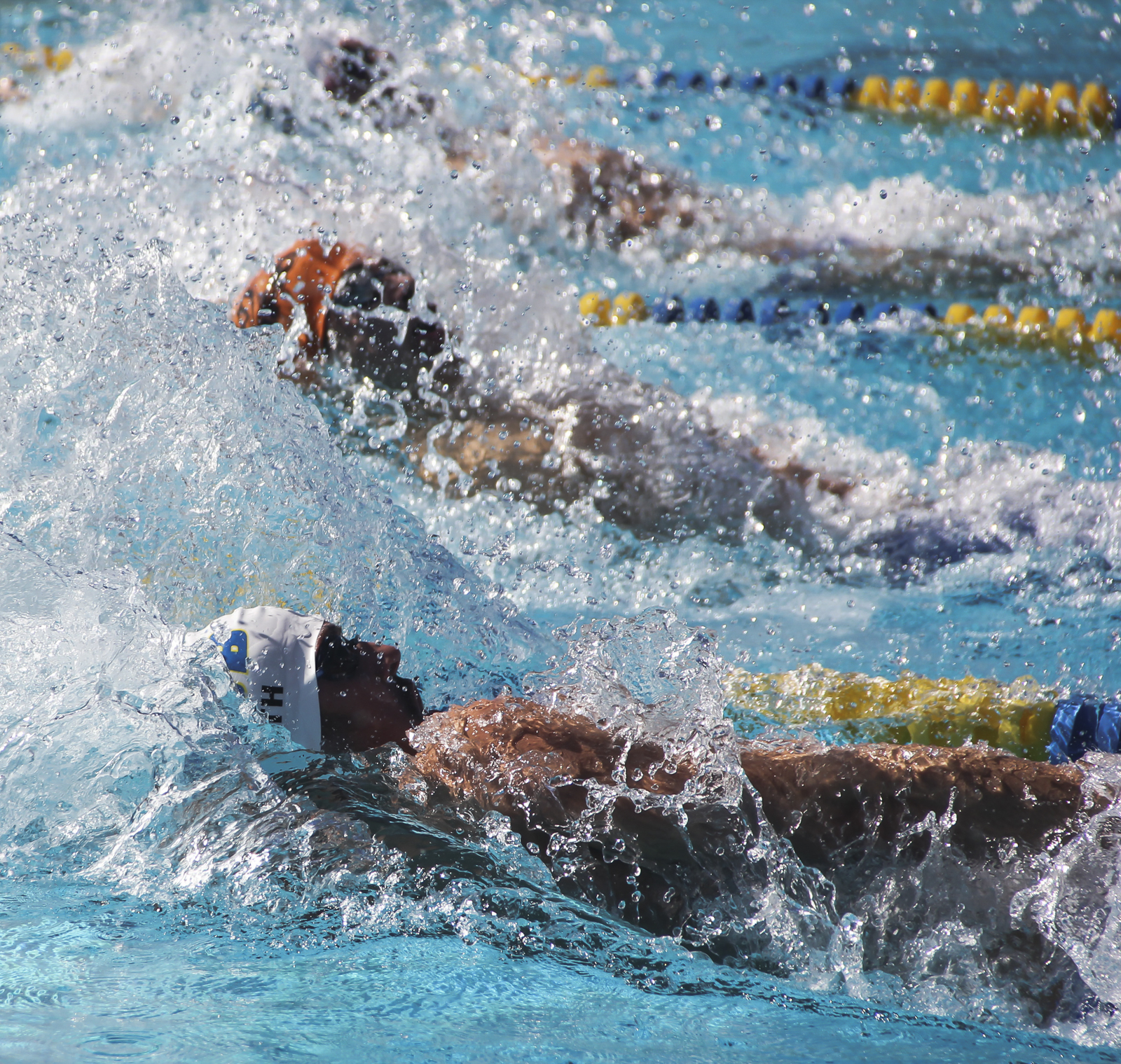 The UCSB men’s swimming team ended its head-to-head season on a high note with a win over rival Cal Poly on the road by a score of 169-110. The women fought hard but fell to the Mustangs 152-135.

With this meet in the books, both clubs complete their regular season and look to head to the MPSF Championships in a few weeks.

“I was very impressed with how we handled ourselves,” Head Coach Gregg Wilson said. “Especially the women who had to fight through so much adversity and still came very close.”

The adversity refers to the fact that in many meets this year, including the latest Cal Poly matchup, the women’s team had many injured members or athletes sitting out to rest. In addition, nearly every opponent that the Gauchos face starts its meet ahead in points due to the lack of divers on the UCSB team.

The women came out hot in the first event of the day winning the 200-meter medley relay at a time of 1:45.46. This quick finish was more than three seconds faster than the 2nd-place Cal Poly team.

They kept this momentum going in the sprinting events starting with the 50-meter freestyle. The Gauchos swept 1st through 3rd with junior Lauren Vosseler leading the way with a time of 23.83. Junior Kimmie­ Kreuzberger would follow her in second at a time of 24.35 and sophomore Julia Mikota came just behind her at 24.38. The team repeated this performance with Vosseler leading the way in another sweep in the 100- meter freestyle. Her time of 51.98 was just faster than junior Hollace Barden in second place at 53.09 and Kreuzberger in third at 53.16.

The men’s team was powerful in every aspect of the meet as they won 12 out of their 14 events. Senior captain Wade Allen had an outstanding day in his last career head-to-head meet that helped push his team to its huge victory. Allen won all four of his events in the meet, which included both individuals and relays.

Allen led a 1st through 4th sweep of the 100-meter freestyle with his time of 46.02 and added a 20.80 performance to take gold in the 50-meter freestyle as well. He helped the Gauchos to a relay win to start the day off, as well as running the anchor position in the 200-meter medley. His time of 20.31 pushed them to an overall time of 1:31.90, which added 11 points to their score.

The Gauchos will look ahead to their final team meet of the season when they venture to East Los Angeles College to compete in the MPSF Championships. Events are set to start Feb. 18.