The Daily Nexus
Sports
Gauchos Drop Both Games Against First-Place UC Davis, UC Irvine
February 2, 2015 at 8:35 am by Mark Salay 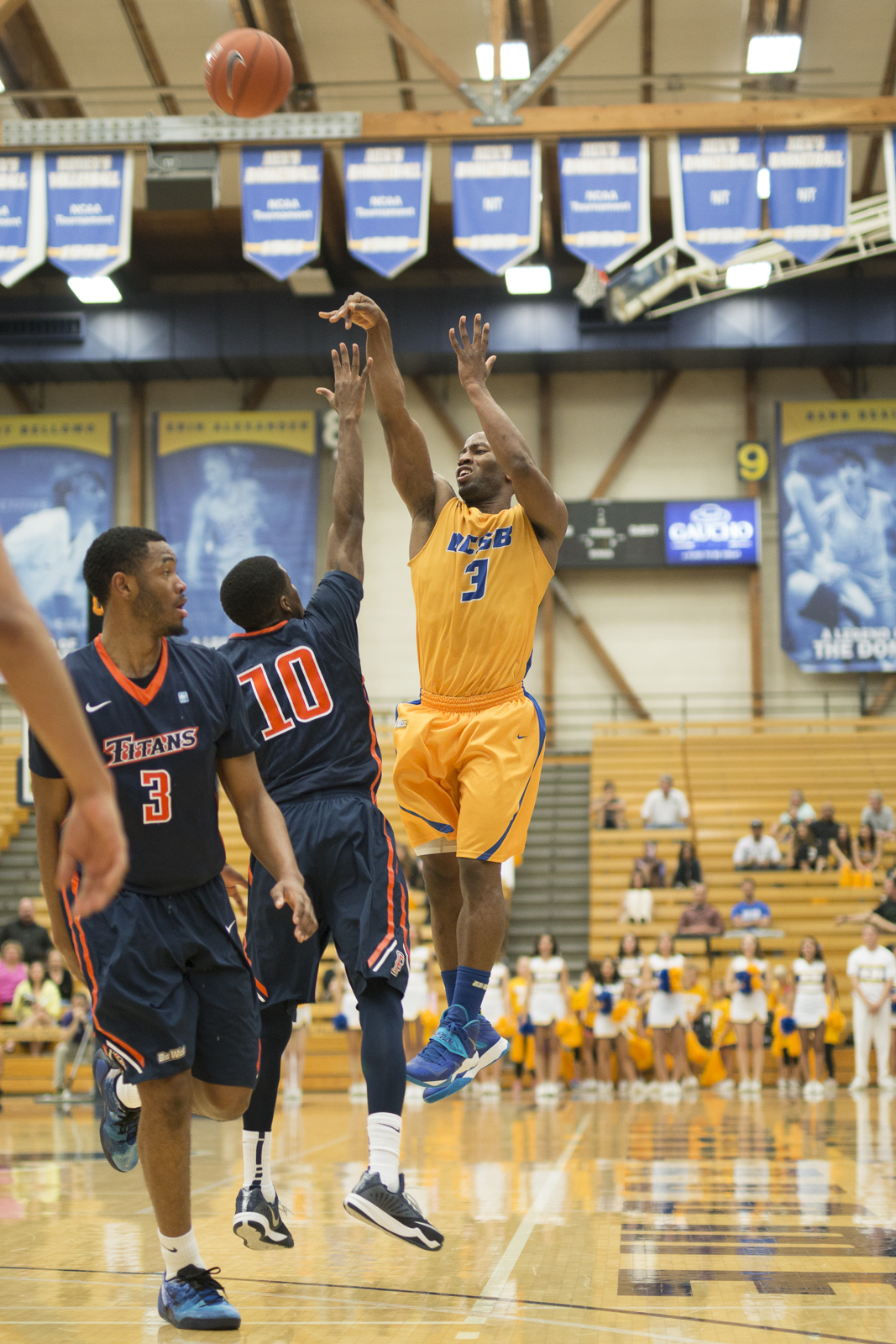 Guard Zalmico Harmon did not play in UCSB’s two games last week because of the flu. Stephen Manga/Daily Nexus

The UCSB men’s basketball team finished last week’s play winless after disappointing losses to UC Davis and UC Irvine on the road. Without starting players senior center Alan Williams and senior guard Zalmico Harmon, the Gauchos struggled making up for their absence against the top two teams in the Big West.

Santa Barbara falls to 10-11 overall and 3-4 in conference, tied for fourth with Hawaii and UC Riverside. Meanwhile, both Davis (16-4, 4-1) and Irvine (13-8, 4-1) continue its hot start in league as each are tied first overall with Long Beach State.

On Saturday, Irvine used an 18-3 run in the second half to distance itself from the Gauchos, coming away with the 77-55 win. Shooting from beyond the arc gave the Anteaters a serious advantage over the Gauchos, who shot only 25 percent compared to 50 percent by UCI.

The Anteaters used a total team effort as six players scored eight or more points, including a team-high 11 from sophomore guard Luke Nelson and junior guard Alex Young. On the other side, the Gauchos struggled producing points from the reserves and were outscored 36-12 by Irvine’s bench.

After going into halftime down 36-26, UCSB trailed by seven points before Irvine went on its run to close out the game.

For the Gauchos, junior guard John Green led the team with 12 points and seven rebounds while junior forward Sam Beeler chipped in 11 points and six rebounds filling in for Williams, who was out for the week nursing a shoulder injury. Harmon was also unable to go for the second consecutive game due to the flu.

It was a much closer game Thursday when Santa Barbara took on Davis, however, lack of execution in the final moments gave way to the Aggies winning 70-64.

With the game tied at 62 with just under two minutes remaining, UCD scored three straight points and sophomore guard Eric Childress turned the ball over on the next possession for the Gauchos, giving Davis the opportunity to put the game away at the charity stripe.

The play of senior guard Corey Hawkins was the story of the game. UCD shot an efficient 44 percent from three-point range, most of it coming from Hawkins’ 6-8 shooting from the perimeter, as he burned the Gauchos for 28 points, six rebounds and three assists, all team-highs.

Hawkins’ performance along with stellar bench play from sophomore center Neal Monson gave Davis the 1-2 punch needed on offense. With no Big Al, the 6’10” Monson contributed 16 points on 6-8 shooting from the field.

UCSB now has time to recuperate with its next game not until Saturday versus Hawaii. The game will be televised on ESPNU.