The Daily Nexus
Tennis
Gauchos Look to Build Momentum Against SDSU
January 30, 2015 at 6:00 am by Daniel Moebus-Bowles 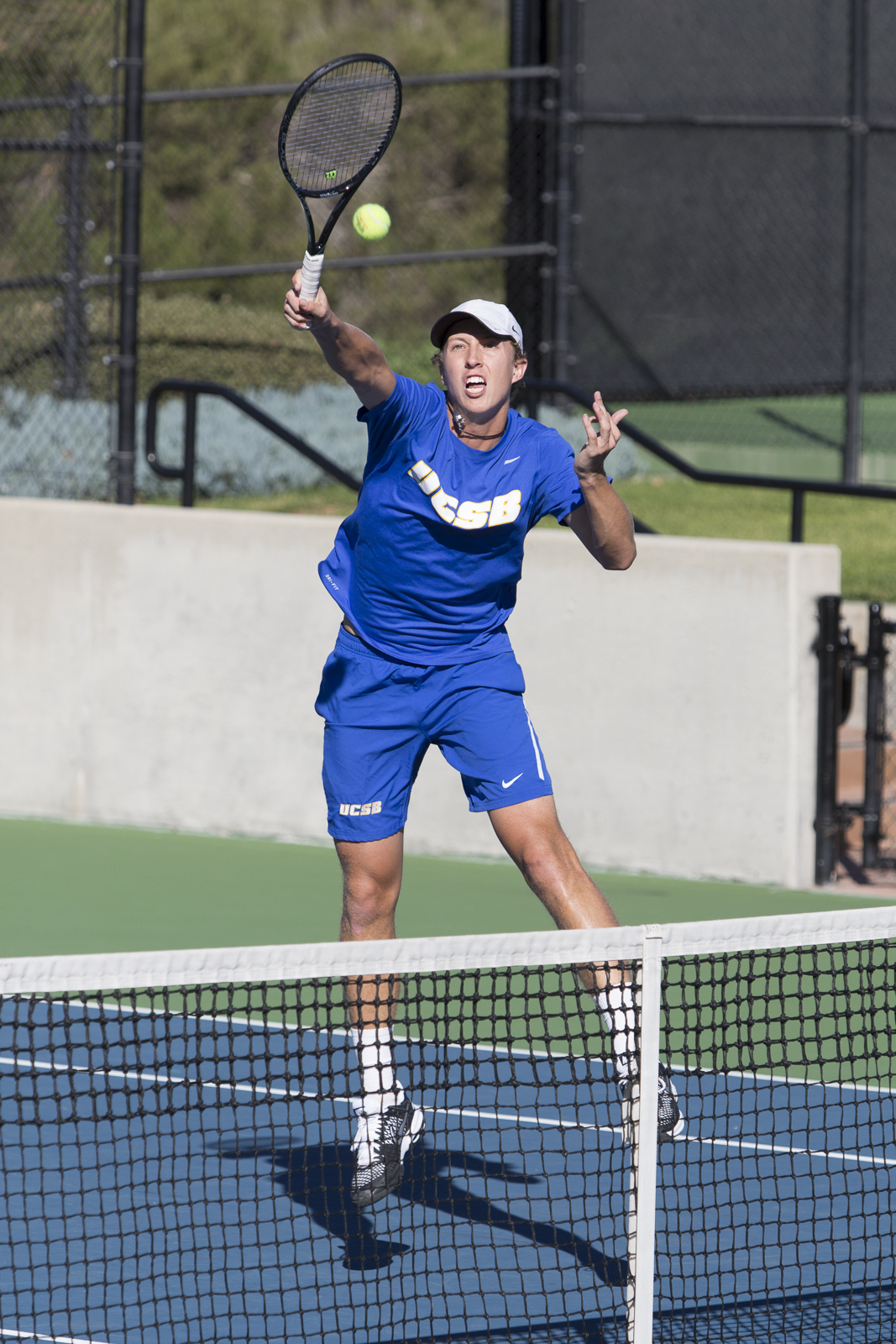 After picking up its first head-to-head win of the season, the UCSB men’s tennis team will look to make it two in a row at home this Sunday against San Diego State University.

Heading into this match, the Gauchos stand at 1-2 overall and SDSU hold a record of 2-1.

After a tough start on the road in the state of Texas, where the Gauchos dropped two straight 6-1 decisions, the team was able to bounce back when they opened up at home. Unable to grab their first doubles point of the year but going undefeated in singles play, the Gauchos capitalized on a 6-1 victory over Westmont College.

Two players in particular have shown consistency and resilience so far this season for UCSB. Junior Andrew Riminton is one of these players as his record stands at 2-1 in singles play and he got the sole victory for the Gauchos in their meet with then-No. 37 TCU. In that match, he played on the sixth court against an undefeated opponent and took the match in two hard fought sets 6-4, 6-3.

Since that victory, the junior has been moved up to the third court for his team and is coming off of a 6-2, 6-4 win over his matchup with Westmont. Along with that, Riminton almost led his doubles team to victory against Westmont, which could have granted them their first doubles point of the season, but they fell 7-6.

The other athlete that has held consistent so far this season is sophomore Morgan Mays. Mays, like Riminton, is also holding a singles record of 2-1 and was the only Gaucho to pick up a point for his squad in one of their meets this year. He currently rides a win streak of two, as he has not dropped a singles match since his first of the year at TCU.

His first win, at Southern Methodist University, came in a three set battle. Mays took the first set 6-3 before dropping the second 6-4 and with all of his efforts took the final set in a close 7-6. His second win, at home, came with ease as he won in straight sets 6-1, 6-2. His recent performance has moved him from his usual home, the second court, to the first court looking to take on the best singles player from each team the Gauchos face.

The San Diego State Aztecs will be looking continue their pattern of beating UC schools this season when they come to Santa Barbara on Sunday. The team’s two wins have come off of dominant performances over UC Riverside (a shutout of 7-0) and UC San Diego (a score of 6-1) in a three-team meet held to kick off their season.

Doubles matches are set to start this Sunday at 1:00 p.m. at the Rec Cen Courts.