The Daily Nexus
Sports
Super Bowl XLIX: Legacies on the Line
January 29, 2015 at 5:03 am by Michael Jorgenson and Edward Moss 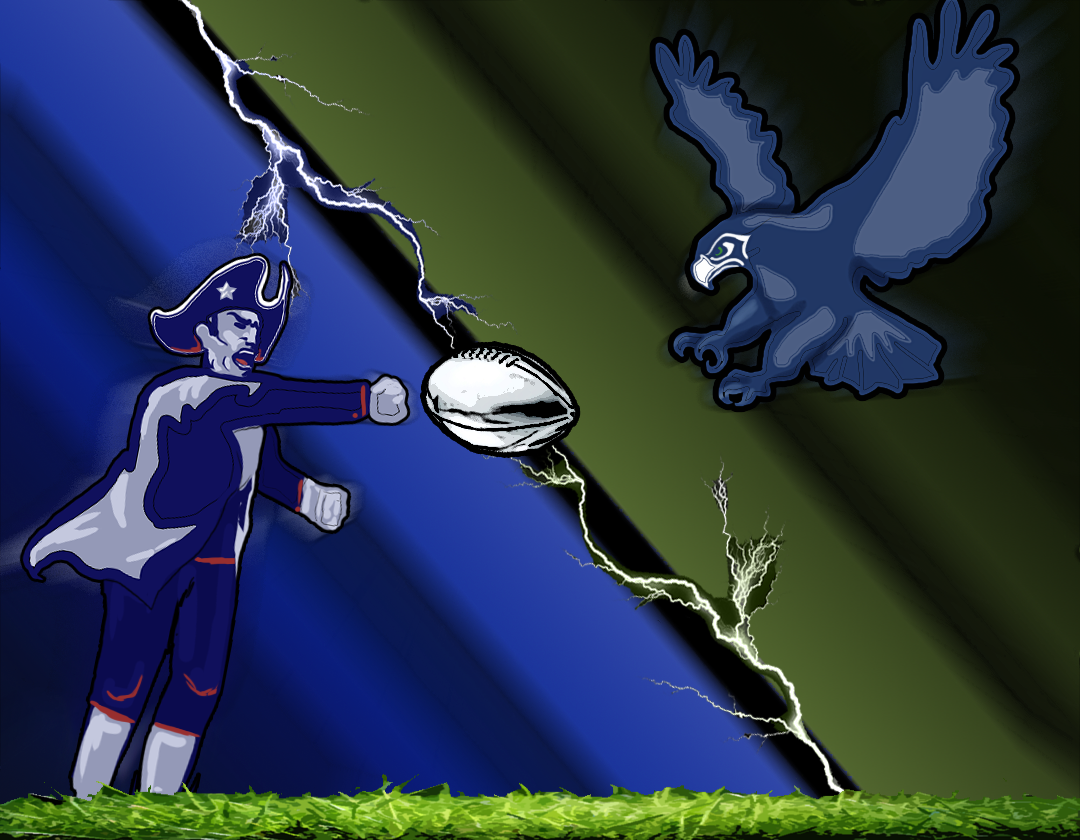 Brady: Three Straight Losses or Ring No. 4?  by Michael Jorgenson

Let’s forget about Deflategate for just one gosh darn second, please. Honestly, it’s the most boring controversy the NFL has had this season by a mile (not that Adrian Peterson or Ray Rice’s issues are fun topics). Let’s talk about something that matters.

Every quarterback, from the moment he shows that he might someday be something special, bears a weight that no other position on the field has to endure: the quarterback’s legacy.

No signal-caller coming into the NFL wants to be the next Rex Grossman or Ryan Leaf (the latter being the greatest draft bust in NFL history, for those who don’t know). Even for an exceedingly successful No. 1 pick like Andrew Luck, who through three years has already broken a number of records and brought the Indianapolis Colts back to the AFC title game twice as fast as his legendary predecessor did, his legacy will likely never completely outgrow the record-book sized shadow left by Peyton Manning.

Hell, even Peyton’s legacy isn’t the prettiest. No matter how many records he breaks, at this point he’ll most likely never be able to say he has as many Super Bowl rings as his little brother Eli.

So then, what does this Sunday mean for a guy like Tom Brady?

Well, let’s refresh our memories for a second, because while Brady may be the league’s all-time winningest playoff quarterback, “All I Do Is Win” is not actually his theme song … though I wouldn’t be surprised if it were his ringtone.

The wily 15-year vet has not won a Super Bowl since 2004, when he and his good pal Bill Belichick defeated the Philadelphia Eagles to win their ninth-consecutive playoff game and earn their third championship in four years.

It’s been quite a journey for Brady since his triumphant entrance to the league. A number of first-round byes, two league MVPs, a severe season-ending knee injury while at the peak of his powers, a bunch of ridiculous touchdowns to Randy Moss and Rob Gronkowski and oh yeah … a 0-2 record in Super Bowls, with both losses coming to the New York Giants.

If not for Peyton’s annoying little brother and David Tyree’s sticky helmet, Brady would probably be a much more obvious choice in the “greatest QB of all time” conversation. However, while just about everything has gone right for the NFL’s golden boy, from his Cinderella-like beginnings to his supermodel wife and maybe even one or two of his Ugg commercials, he still doesn’t have that fourth ring. Where’s Pau Gasol when you need him? … On second thought, those Ugg commercials are just bad.

Yes, another ring would be fantastic. It would put Tom at the top of perhaps the most important list there is, alongside Joe Montana and Terry Bradshaw in the four-timers club. But rather than thinking about how nice it would be to have so much bling you can justify putting a ring on your pinky, let’s think about what it would mean if Sunday doesn’t go Tom’s way.

Another Super Bowl loss would make Brady a measly .500 all-time in the biggest game there is. It would give Russell Wilson his second ring in just his third year, making him the “new Tom Brady” of the league. It would mean no rings in 11 years, despite nine first-round byes and a ridiculous 20-7 postseason record.

While I personally used to despise the guy ever since the infamous “Tuck Rule” incident, which forever branded him as a cheater in my childish brain (thanks, Spygate, for making it a reality), it is hard not to respect him for being the great winner and leader that he is. For someone as fiercely competitive as Tom Brady, failure is never an option. Even at 37 years old, anyone can still see the fire in his eyes every time he walks on the field.

With another loss, whether he deserves it or not, Brady will forever be remembered not as the guy who won three straight Super Bowls, but also as someone who lost three straight. Even for me, a Patriots hater, that seems like a pretty unfair legacy to have.

No matter what happens though, can we just stop talking about Deflategate? Please?

Seahawks Making Their Mark on History by Edward Moss

It’s the Seahawks versus the Patriots. The reigning champion versus the most recent dynasty. Carroll versus Belichick. Brady versus Wilson. Who would be the more fitting victor, the team that won three Super Bowls in four years but has lost in two championship games since, or the squad looking to add a chapter to a possible dynasty with a second straight title? Looking at the Seattle Seahawks, a win on Sunday could put this team on the verge of a new dynasty while acknowledging one of the greatest defensive teams of all-time.

Russell Wilson, the starting quarterback of the reigning Super Bowl champion Seattle Seahawks has already had an amazingly successful career. One of the most successful third-round draft picks ever, last season he led his team to a 13-3 record in the regular season and a Super Bowl Championship over the Denver Broncos, 43-8. He is the shortest quarterback to ever win a Super Bowl at 5’11” and now after his team went 12-4 in the regular season and beat the Carolina Panthers and Green Bay Packers to get to the title game, he has a shot to win his second championship before his 27th birthday.

With a victory, Wilson and Carroll would be put into a similar conversation as Brady and Belichick as winning quarterback-head coach combos. A win would put them one Super Bowl victory behind the Patriots’ tandem, and this is a team that could be perennial contenders for years to come. We may be watching the second chapter in a future dynasty for the Seattle Seahawks and one of the more successful quarterback-head coach partnerships in NFL history.

But the Seahawks didn’t win last year’s championship or get back to the Super Bowl this year just through its offense. This team has what is widely regarded as the best defense in the league. This defense finished first in the league in points allowed for the third straight season and had the second largest point differential in the league for the second straight year. Led by perennial Pro Bowlers cornerback Richard Sherman, free safety Earl Thomas and strong safety Kam Chancellor, this defensive squad has the ability to shut down any offense in the league

A win for the Seahawks would put them on the road to a dynasty. However, they are going up against the last team to win back-to-back Super Bowl championships, and a quarterback-head coach tandem that has lost its last two championship games and is desperate to end that streak.

It won’t be easy for Seattle, but they have the opportunity to knock off the greatest franchise of the 21st century and put their name in the conversation to take over that accolade.

A version of this article appeared on page 12 of January 29, 2015’s print edition of the Daily Nexus.