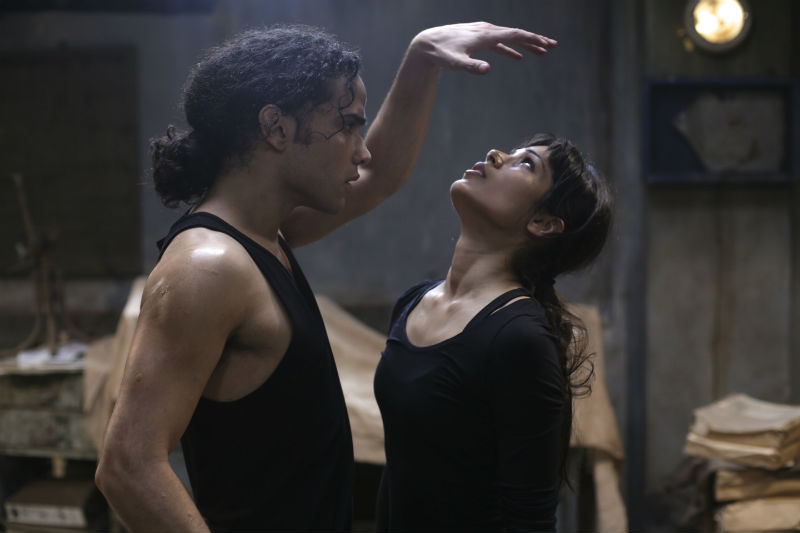 Even though Santa Barbara is mostly famous for its beaches and natural landscapes, every year at the end of January the coastal city becomes the place to be for filmmakers and movie lovers. The Santa Barbara International Film Festival (SBIFF) is a 12-day celebration of all things cinema. Folks from all around the world travel here to catch the latest premieres and mingle with the hottest celebrities. Notable names this year include Jennifer Aniston and Steve Carell. On Jan. 28, SBIFF welcomed its 30th anniversary with the opening premiere of the film “Desert Dancer.”

Upon arriving at college, he is quick to discover a group of friends who encourage him to free himself. Having no dance background, Afshin teaches himself the moves through the only safe option he could find, YouTube. After watching countless instructional dancing videos, Afshin teaches his group of friends the basics of modern dance. The group begins rehearsing in secrecy.

Then enters Elaheh (Pinto), a beautiful yet troubled classically trained young dancer who becomes Afshin’s ultimate dancer partner. Together, Afshin and Elaheh begin an emotional love story revolving around their passion for dance. Set amidst political turmoil of Iran’s 2009 presidential election, the dancers endure pain, love and separation while continuing to perform their greatest joy.

However, as Afshin becomes increasingly targeted for his desire to dance, he realizes that the only option to fulfill his dream is to flee to Paris and leave his friends behind. He is liberated from his oppressive state and finds a new home in France, where he is granted political asylum and allowed to accomplished his greatest dream: to dance in front of an audience.

First-time director Richard Raymond heard of Afshin’s life story in the most unusual way. “I had read it in a newspaper, The Sunday’s Times, a story about a young man Afshin Ghaffarian who wanted to become a dancer. But in Iran, dance was forbidden,” said Raymond in an interview with the Daily Nexus on the red carpet. “I couldn’t believe it, I was shocked — I couldn’t believe that something as innocent as dancing could be forbidden.” The young director explained the underlying message of his film, saying, “I believe that art can free anyone from oppression.”

As the story spread about Afshin, Raymond’s independent film was financed by people who believed in its strong message. “The whole concept of freedom and speech, freedom of expression, it’s very important to have that,” said executive producer Mohammed Al Turki. “It was incredible that this film was only made with four million dollars.” Considering “Desert Dancer’s” star-studded cast and expensive location spots in Morrocco, London and Paris, the film made the most of its menial budget.

Leading stars Pinto and Ritchie took drastic measures to prepare for their roles. To portray the elegance of a classical dancer, Pinto took rigorous dance training for a year. “The physical challenge was really difficult — blisters, pain, it was really hard,” said Ritchie. “Dancing on sand is nearly impossible.”

But things started to look up for Ritchie when he re-evaluated his role as Afshin. “You suddenly realize that it’s about the impulse that this person is trying to express, rather than the technical brilliance of the dance,” said Ritchie. “I love that it was different, it was a story about freedom. Instead of car chases and gun fights, it was a human story, [one] that happened only four or five years ago.”

“Desert Dancer” is an emotionally-charged film with an important message: art is freedom. The story of Afshin Ghaffarian serves as a beacon of hope for any young individual who has the desire to achieve their biggest dream.