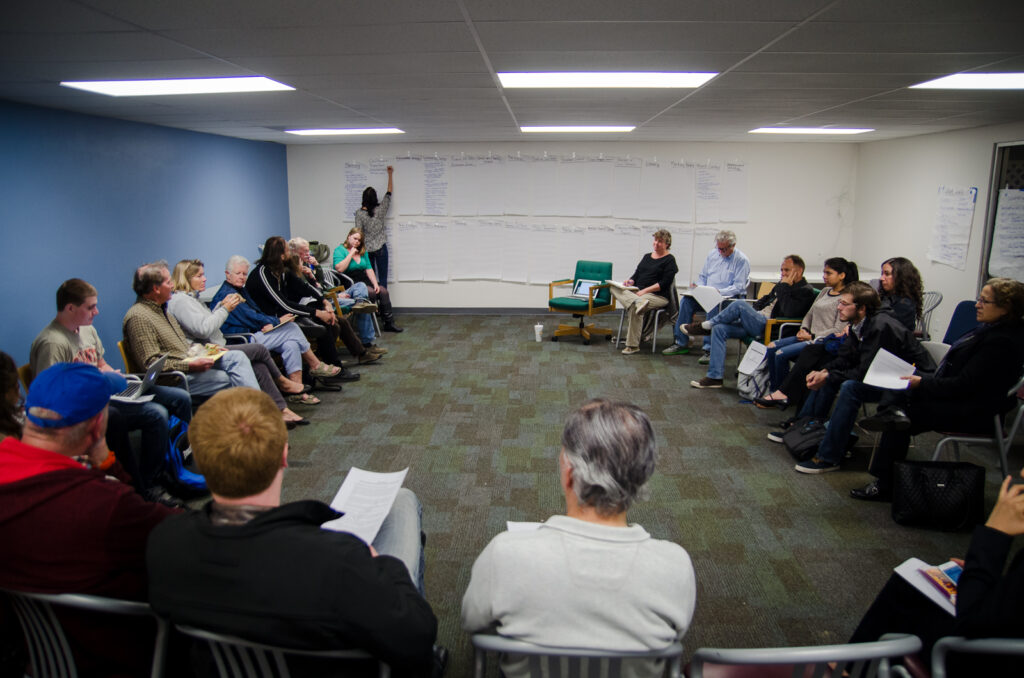 Assemblymember Das Williams’ office hosted an Isla Vista stakeholders meeting Tuesday at the I.V. Clinic building, where I.V. residents, students and administrators continued a discussion that has been taking place over the last several months regarding the establishment of self-governance in I.V.

Demographics, parking issues, legislative challenges and uncertainty surrounding I.V.’s exact population were among the issues discussed during Tuesday’s forum. The meeting is one in a series that Williams will host, with the next town hall meeting to continue the I.V. self-governance discussion scheduled for Feb. 5 at Santa Barbara Hillel on Embarcadero del Mar.

“I think there are going to be hidden populations that are difficult to count,” Thurlow said. “There very well could be hangers on, which are people who have gone to school here and they’re just kind of off the radar and they’re just hanging out here.”

According to Thurlow, some I.V. residents live in garages and split bedrooms, a situation not accounted for in typical census counting.

Women come back from work at 11 o’clock, waitressing downtown or whatever it is, and they have to park four blocks away and walk through Isla Vista. – I.V Recreation and Park District (IVRPD) board member Pegeen Soutar

Thurow said one suggestion is to use student researchers to calculate I.V. demographics.

“We’re talking to [UCSB sociology professor] Victor Rios about having his spring class do a door-to-door survey in Isla Vista just to get a demographic number,” Thurow said. “Right now what we’re trying to do is use students to figure out as close as possible how many people really live in Isla Vista and who they are.”

I.V Recreation and Park District (IVRPD) board member Pegeen Soutar said she is concerned with the impacted parking situation in I.V and how the Campus 880 Apartments have contributed to the issue.

“Now some of the property owners, even though they’re now being required to provide parking for their housing that they’re building, they’re charging for it,” Soutar said. “And so what we found when 880 went up, because you just threw three or four hundred people in, all of a sudden all those cars showed up to fill our little park parking lot and the entire neighborhood around there got even more impacted and the parking lot is sitting only partially full.”

Soutar said paid permits for parking on the street in I.V. was previously suggested to solve the congested parking but was denied by the California Coastal Commission, a state agency that regulates and protects beach access to the public.

“Years ago we tried it and it was going to be Isla Vista-wide and the thought was maybe it would be 50 dollars a year to help facilitate and run the program so we wouldn’t have to go after a grant or anything like that,” Soutar said. “The problem that happened with that parking plan was the Coastal Commission.”

According to Soutar, the Coastal Commission had concerns that parking permits would prohibit public access to the beach.

“The Coastal Commission was like, ‘Hey if you need a permit to park in Isla Vista how are you gonna access the beach,” Souter said.

Soutar said the parking problem needs to be addressed so that residents can find safe parking places near their homes.

“Women come back from work at 11 o’clock, waitressing downtown or whatever it is, and they have to park four blocks away and walk through Isla Vista,” Soutar said.

It was really expensive to pay for the parking so they would park on the streets. – Associated Students Senator Paola De La Cruz

Local business owner Jay Freeman said the high cost of parking permits on campus can also be problematic because it causes first-year students to park in I.V.

“As far as UCSB is concerned, freshman don’t really have cars because they have a process for buying permits to store cars as freshman,” Freeman said, “When you look at the permit numbers for that, virtually no one is using that process. Instead, if they’re bringing cars, they must be putting them somewhere else.”

Associated Students Senator Paola De La Cruz said she agrees that many students avoid parking fees by leaving their car on the streets in I.V.

“That’s exactly what my friends would do while they were living in FT,” De la Cruz said. “It was really expensive to pay for the parking so they would park on the streets.”

“I would really like to see programs that offered scholarships or prizes to people who develop the best new traffic system in Isla Vista, including parking, including bike lanes,” Schunk said.

“At that point you get five or six different proposals in front of you and as a community we can see what we really like . . . it provides an opportunity for students involved.”

Darcel Elliott, a representative from Williams’ office, said concrete plans must be added to AB-3, the I.V. self-governance bill proposed by Williams in the California State Assembly, which needs to be amended to include definite plans for a local government.

“We absolutely have to amend the bill by mid-March in order to keep it alive or else it just goes away because now the language that’s in there can’t even be assigned to a committee,” Elliott said. “The legislature couldn’t even vote on it right now because it would do nothing . . . We could park it in a committee for however long we need.”