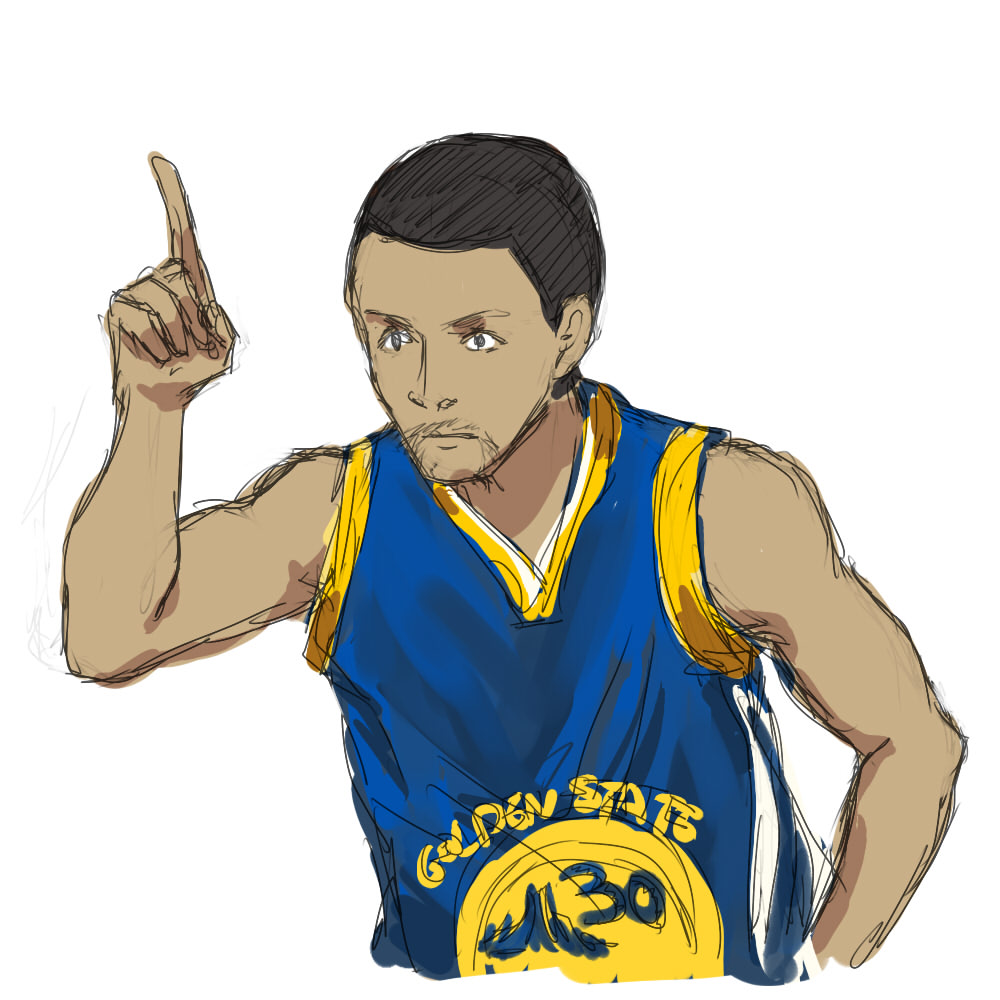 Stephen Curry has been the best player in the NBA this season, while playing for the team with the best record. Halfway through the season, he has my vote for MVP.

This past week it was announced that the Golden State Warriors’ star point guard led all NBA players in votes for the All-Star Game with 1,513,324 votes, edging Cleveland Cavaliers’ star forward LeBron James by 42,000 votes. It will be his second All-Star Game appearance, after being voted into the starting lineup last season as well. Just as the fans’ votes tell, Curry has been the most valuable player in the league so far this season.

The former 2009 first round pick of the Warriors is the leader of the team with the best record in the NBA. Curry’s Warriors are 36-6 this season and their longest losing streak is only two games. They are 21-1 at home and lead the league in point differential. Night after night Curry impacts the game with his three-point shooting, his passing and his dogged determination. I don’t think anyone expected the Warriors to be this good, and credit to Curry for being the biggest reason for their success.

For most of the season, writers have been going back and forth looking at the Houston Rockets’ James Harden and Curry for MVP consideration. Harden is having a great year and has led his team to a solid 31-14 record, good for second in the Southwest division and fourth in the Western Conference. His stats are terrific, as he leads the league in scoring with 27.6 points per game and adds 6.8 assists and 5.6 rebounds per game. While Harden is having a great year, Curry’s value to his team’s success cannot be matched.

Looking at more advanced metrics, Curry statistically has been the most valuable player in the league. Curry leads the league in a statistic called “real plus-minus”, which takes into account points scored minus points allowed while adjusting for teammates and opponents on the court and how many extra points his team scores per game because of his play.

Curry’s RPM is 8.74, over 1.5 points higher than the next player. Curry also leads the league in “Wins Above Replacement” with 9.37, meaning that he has attributed to over nine wins for the Warriors this season through his play alone compared to if an “average NBA replacement” was playing in his place instead.

I am a strong believer that the most valuable player on the best team in the league should win the MVP, and Curry is definitely that. I’m confident Curry can keep up this pace of play and lead the Warriors to the best record in the NBA this season through the next 40 games. He impacts each game and when watching the Warriors play, it’s easy to see how he can control a game night after night.

Steph Curry has been the best player in the NBA so far this year and there is no reason to believe he won’t continue to lead his Warriors to the best record in the NBA and pick up a shiny piece of hardware at the end of the season.