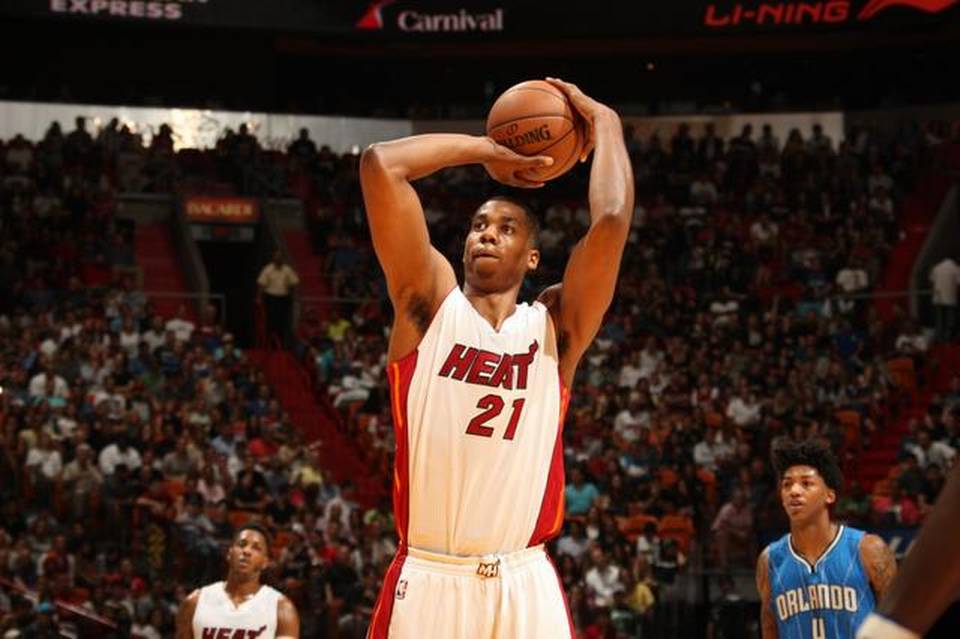 What is up my fellow managers?! Welcome once again to the Island of Fantasy Sports, where I, your host, will do whatever I can to make sure that your stay is both luxurious and efficiently informative.

Unfortunately, we have to start this week off on a bad note in reference to one of our beloved players in the NBA. Golden State’s Klay Thompson has recently been forced into a mental illness institution after he went absolutely insane in the third quarter of his game on Friday night. In case you somehow missed it, he notched 37 in that quarter alone off of 13-13 shooting to push his game total to 52.

I’m glad they had the ambulance near by because Klay was shooting absolutely unconsciously. Almost as unconscious as my efforts in my points league on ESPN where in my last three matchups in a row, I have dropped over 1,000 points to help me to my 11-2 record.

But it’s not all fun and winning as I took a 4-5 loss in my categories league this week thanks to my boss, who may be either the biggest fantasy genius or dunce of all-time. The man has Klay, Steph, and Bogut as well as Rondo, Dirk, and Parsons. I would never in a million years suggest having three players on the same team, let alone two different sets of them, but in cases like this past week it has worked out. He is second in the league and I am third, and he won so, I suppose I can’t talk, but just do me a favor and don’t do that … like ever.

Now with that being said, I hope your leagues are going just as swimmingly as mine as we are just about half way done with the season (sad face). Around this time is where the teams in your league start to split up.

The guys in the bottom half of your league will start to forget/not give a damn about their lineups and will overall check out once they realize that their 20 dollars is probably down the drain. Do not be one of these guys. Check your playoff format because it may be that six to eight teams make it and all you have to worry about is winning when that time comes, so don’t give up hope.

At a time like this in the season it is important to watch for hot and not players and pay a huge attention to the wire for injuries.

For those of you loyal readers who are familiar with my blog, you know I always handle hype first. Whiteside has had more than his share of eyes on him in the last couple weeks with Miami in need of a player like him who can provide a little spark. Up until this point in the season I have not been totally sold in this guy due to his inconsistency and lack of minutes, but that looks to be changing rather soon. Perhaps it’s due to his recent change in motivation …

Let’s hope he reaches an 80 overall very soon. The man picked up his first triple double in the Heat’s last game that included a franchise record 12 blocks. This of course is what I mean, the hype. It is very doubtful that Hassan will achieve double digits in blocks again this year but the points and rebounds seem to be a little bit more guaranteed, and of course his blocks will still be above the average player. What impressed me the most with his performance is that it came off of the bench and in only 24 minutes. To have a double-double in that time is great and a triple-double with blocks is just out of this world. There’s no doubt that he will see an increase in minutes after that performance since Spoelstra is actually the coach this year and not LeBron.

I really can’t believe I’m saying this, but D.J. is once again relevant. Seems like whenever a point guard goes down this guy happens to be waiting on the bench as eager as ever. Although he can’t play in their shadows by any means, for some reason D.J. fills their shoes like he has double socks on. Brandon Jennings is no LaMarcus Aldridge, whether that’s good or bad, so he will take his injury into the offseason which means D.J. is a must-have in all leagues. I repeat: a must-have. He will be seeing a huge spike in minutes and did I mention that in his first start with the Pistons he dropped 35 with eight assists and four boards? If there is a D.J. on your waiver wire and his last name isn’t Mbenga, then add him!

He is at 50 percent owned in Yahoo leagues so go now!

This team, after the Lake Show, may be the best awful team in the league. There is a ton of potential on this team, in almost every starter and role player and with Jabari out for the season, Khris is getting his. He’s getting nearly 30 minutes a game now and has scored double-digits in a majority of his recent games. He has 21 and 16 in his last two starts with a total 12 boards, six assists and four steals as well. What is more impressive is his efficiency, usually hitting more than half of his shots. He is currently 44 percent owned in Yahoo leagues so check out your waiver wire and if you didn’t pick him up, at least throw a flag on him.

After all the hype during the draft that this kid had, it is easy to say that his actual performance was “Down Under” his projections. As the season has gone on though, his coaches have realized one thing. Trey Burke cannot play defense. In that light is where the Aussie was given his first couple of starts recently and didn’t disappoint, bringing in four treys in each as well as a 14 point average, and shooting that was well over 50 percent. I am not sold on this mate just yet but I’m leaning that way. Currently owned percentage in Yahoo leagues: 21 percent. Take your time evaluating.

Someone I enjoyed watching more in high school and college than I do now. To be fair, he hasn’t really played until recently when he received his first NBA start while Tobias Harris slowly ease back into the lineup. He had nine points and a couple boards but with Harris gaining more and more minutes, I would forget about this high flyer for a while. Keep him as a backup-backup-backup plan.

I just wrote this to quiet his believers. Kobe is out for season and Clarkson got his second start of the season and didn’t impress. Just eight points and a total of five turnovers! I love the kid to death, but he isn’t going to help any of you guys with playoff hopes this year. It’s Swaggy City now so beware.

Need points and threes? Meet “Timmy Junior”, the only player on the Knicks. His scoring should be the antidote to your woes as he has notched double digits in his last six games, including his most recent performance where he dropped 25 off of five threes. He also rebounds a little bit and isn’t a TO machine. Find a spot for the son of a legend so we can forget about people like Luke Walton and Austin Rivers.

He is coming back very soon, so keep an eye out. It will probably be just after the All-Star break and he will hop right back into his usual role. Aldridge is in a weird situation right now and Kaman is older than anyone in the Blazers organization. Stash little brother Lopez when you can.

That’s going to do it for me this week folks. I hope you had a fantastic stay on the Island and that you take off work for at least one more week and check in with me again next Tuesday. Enjoy your week and that hand-egg game they’re playing on Sunday, since this week in the NBA was really deflated by that game’s hype.

I know some of us would rather enjoy a different kind of “Super” bowl instead.

Don’t forget, these weeks are pivotal to your run at the playoffs so do as much research as you can. Hit me up on Twitter @TheRealMoebus with any questions or advice and I will definitely get back to you 100 percent. Cheers!