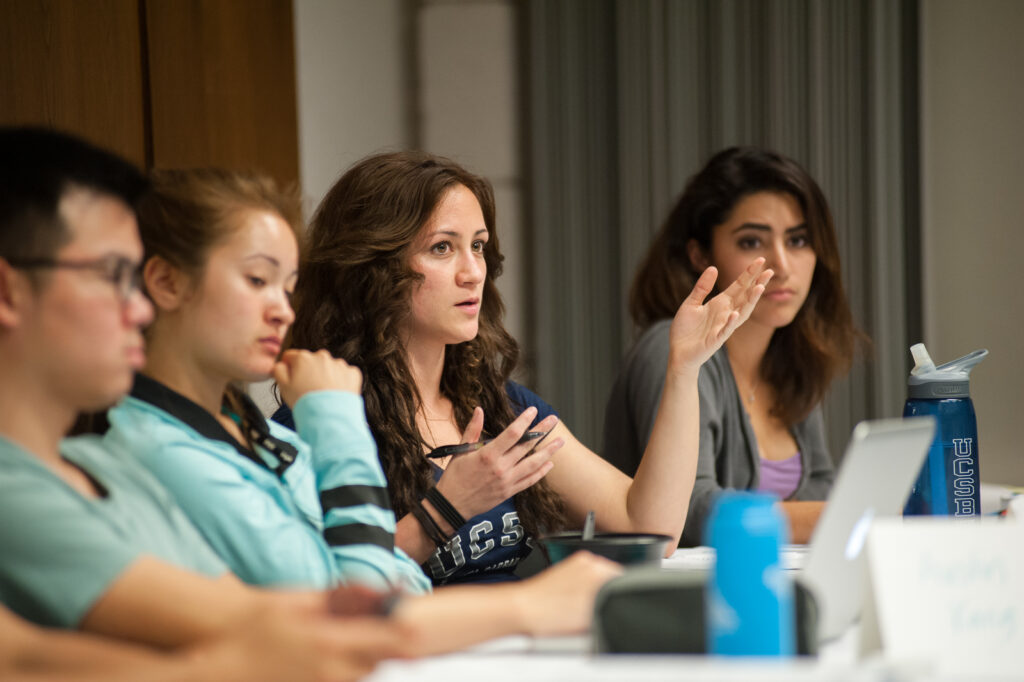 Sigma Chi Omega requested funding for $5,800 and received $2,669 for their 17th annual Multicultural Show Feb 21 in Campbell Hall. According to committee member Nadia Blant, Campbell Hall is an expensive venue to fund, therefore the committee deferred on funding the entire event.

“I think the venue is super expensive and because they are multicultural, there is a lot of places they could go,” Blant said, “I think we need to cut if we are going to make all these events work, so I would fund the venue but not the performing actors.”

In addition, Raices De Mi Tierra received $12,000 from their requested $15,200, while Dance Marathon requested $4,350 and received $4,150 when the committee decided not to give them $200 in material costs for the event on Feb 28 at Pavilion Gym. Dance Marathon Chair Sean Thompson, who asked for funding from the committee, said Dance Marathon is “the largest collegiate charity in the nation and is present in over 250 campuses nationwide.”

“We work through Children’s Miracle Network, which is a network of hospitals that are children’s hospitals and our local chapter is Santa Barbara’s Cottage Children’s Hospital, so all of the proceeds through our Dance Marathon event go to them,” Thompson said, “My favorite part is that we bring the kids from the hospital too, so you get to meet them, dance with them and play with them.”

The Hong Kong Student Association asked for $3,970 and received $1,120 for the annual Lunar New Year festival on Feb. 12 at Storke Plaza and are expecting about 200 people. According to Hong Kong Student’s Association Officer Simon Tam, the event’s purpose is to “emulate the festival atmosphere of a traditional Asian Lunar New Year festival by bringing UCSB our cultural foods, performances, music, games and activities.”

“Storke Plaza will become a place for international students, Asian-American students and faculty to experience Lunar New Year festival celebration while at the same time bringing cultural awareness to such a unique and joyous location at UCSB,” Tam said.

Alpha Kappa Psi received $242 from their requested $282, the $40 difference due to the committee’s inability to fund water bottles for a Coffee and Donuts event on Feb 26 in the Santa Rosa Formal Lounge.

“We are hosting a professional development night open to all students. We will be hosting workshops that help fill resumes, give interview tips, stuff like that,” said a speaker for Alpha Kappa Psi.

Theta Nu Kappa’s speaker third-year feminist studies and political science major Derek Wakefield received $410 for a Quidditch tournament after the committee could not fund them $75 for water bottles.

“We are bringing in a sport that has never been seen, except for with the Quidditch team, but they have not had as many really wide open tournaments open at the university,” Wakefield said. “We want to make this an event that can really persist throughout the years and be something that you know people think, ‘Oh I am going to go to the Quidditch tournament like it becomes a Santa Barbara staple.’” 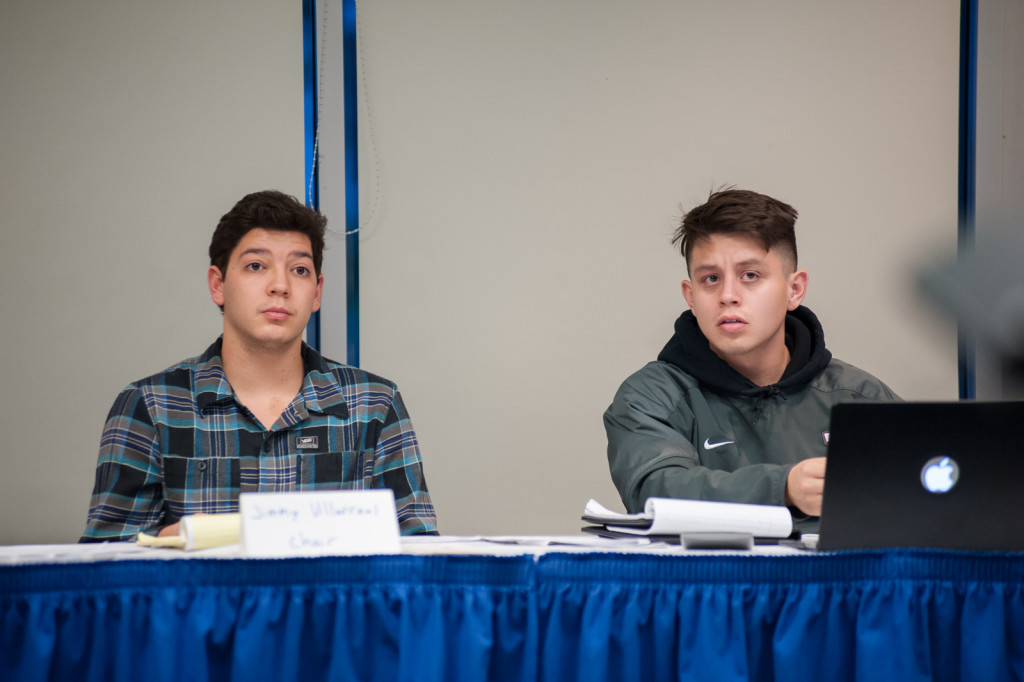 The Chinese Students and Scholars Association requested $6,671 and received $5,771, as the committee decided to take out funding for food and advertising for a Feb. 20 Spring Festival Gala, while La Familia de Colores was fully funded for a fashion show that will include the guest Miss J. Alexander from “America’s Next Top Model” who will be giving a question and answer, meet and greet and a workshop.

“Miss J. is awesome,” Chief Financial Officer Andre Theus said, “I got so many texts from friends, people outside of the queer community that were just fans in general of someone who has been on television or in the fashion industry for years.”

Santa Barbara Hacks was reallocated $13,654 for an event this weekend, the women’s lacrosse team received $3,000 to take 30 players to Nationals on May 4 to account for hotel and flight fees and the Wildlife Society received the requested $130 for a speaker from Washington to come give a talk on myths surrounding wolves on Feb. 23 at the Cheadle Center for Biodiversity and Ecological Restoration at Harder Stadium, said a speaker for the Wildlife Society.

“It is where the biology department keeps all of its taxonomic collections. We have thousands and thousands of specimens, mammals, birds, so if you haven’t been there it pretty cool you should check it out,” a speaker for the Wildlife Society said.

Isla Vista Surfriders received the requested $2,500 for Concert for the Coast on May 30 at Anisq’Oyo’ Park where proceeds will go towards the Environmental Defense Center.

“We have ocean-friendly gardens and we want people to participate in that and are trying to change their grass lawns into really efficient ways to collect ocean runoff and to prevent pollution from the streets from going into the ocean,” a speaker for Surfriders said, “We also have a ‘Rise above Plastics’ campaign and we want to gain awareness about that.”

Reel Loud was not given funding for their $12,000 request for the 23rd Annual Film Festival that will take place May 22, as it was unclear where the money they would make off of the event would go. Committee member Ava Rezai said the committee will table the event.

Hermanos Unidos and Sigma Alpha Zeta received funding for $19,812 towards outreach to high school students and UCSB’s League of Legends is hosting an e-sports charity tournament and received $500 for food for the event on Feb. 8 from in the Loma Pelona Center.

Religion Experience in Mind received $620, the Multicultural Greek Council received $443 for Love in the Hub on Feb. 14, Zeta Phi Beta received $300 for a conference about leadership regarding violence towards African-Americans, $300 went toward the event Out of the Orgs, Santa Barbara’s Hillel received $70 for the New Year of the Trees on Tu B’shvat, Rho Psi Eta received $1250 for CPR training on Feb. 21, the Kendo Club received $1,175 for a UCLA tournament on March 1, On Campus Senators received $100 for a forum next Monday in the San Rafael formal lounge and the National Society of Black Engineers received $3,500 for a convention in Anaheim California from March 25-29.

The Cotillion Dance Club was tabled, as no speaker arrived, and UCSB’s Hillel’s Kosher event for $120 was not funded.