The Daily Nexus
Volleyball
Volleyball Splits Season Series With No. 4 BYU
January 26, 2015 at 5:06 am by Edward Moss 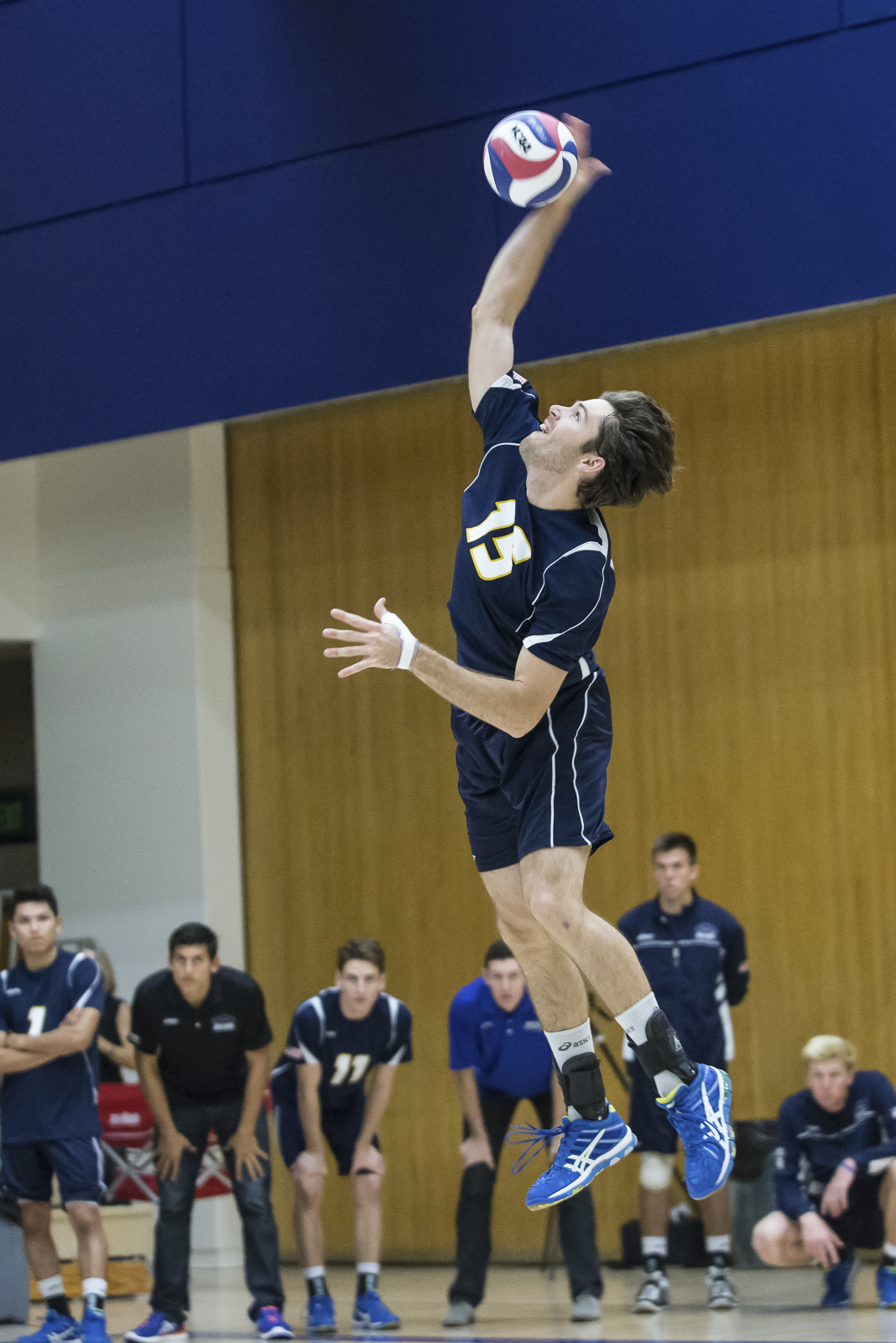 The No. 8 UCSB men’s volleyball team split the season series against No. 4 BYU this weekend with a victory in three games on Friday and a heartbreaking loss in five games on Saturday night.

“The guys didn’t want to go home in three games. That’s a tougher pill to swallow than in five,” assistant coach Cullen Irons said after Saturday’s loss. “I’m proud of these guys for doing what they did. It hurts all of us, dropping that deuce game in the fifth but I think we’ll see these guys again.”

Saturday’s match had an electric atmosphere in Rob Gym. The stands were packed with the number of home and away fans about even as they chanted back and forth to try and give their team some momentum.

After losing so easily the night before, the Cougars came out with something to prove and they responded well, winning the first two games 25-20 and 25-19. BYU served much tougher and passed much better than it did the night before, while sophomore outside hitter Jake Langlois led the team on offense with his 17 kills in the match to lead the team.

Needing to counter, the Gauchos focused on their passing and took the next two games 25-19 and 25-19. Junior setter Jonah Seif moved the ball around well, keeping the Cougars on their toes as outside hitters, redshirt senior Weston Nielsen and redshirt sophomore Jacob Delson, as well as redshirt senior outside hitter Kevin Donohue all put up double digits in kills. Seif also led the Gauchos from the serving line with his four aces.

The fifth set was a back-and-forth affair as the Cougars took the lead 7-4 and looked poised to take the match behind some big blocks at the net, but the Gauchos stormed back to tie the game at 8-8 after a kill by Nielsen. The game was tied at 11-11 but then the Cougars won two points on attacking errors by the Gauchos to go up 13-11 and took the match on a kill by Langlois to win the game 15-13.

“We turned things around on sets three and four and we had a battle in set five,” Donohue said. “Definitely not the outcome we wanted but as [Head Coach Rick McLaughlin] said, it’s a long season with a lot of matches.”

The Gauchos had a much easier time with the Cougars on Friday night as they took the straight set victory 25-21, 25-18, 25-22. Delson tied for the team lead with 12 kills and had a .364 hitting percentage. He also added two aces to lead the squad. Redshirt junior middle blocker Ryan Hardy had a solid game as well with six kills on ten swings.

“Credit to our passers. I was right on the net the whole game. That was awesome,” Seif said. “We got them in trouble with our serves and kept them out of system.”

The Gauchos will want to move on from the these matches and show they can continue to beat the best teams in the country as they take on Pepperdine and Stanford at home next weekend.