The Daily Nexus
Sports
Gauchos Get Even Closer to First Win, But No Cigar
January 26, 2015 at 5:04 am by Michael Jorgenson 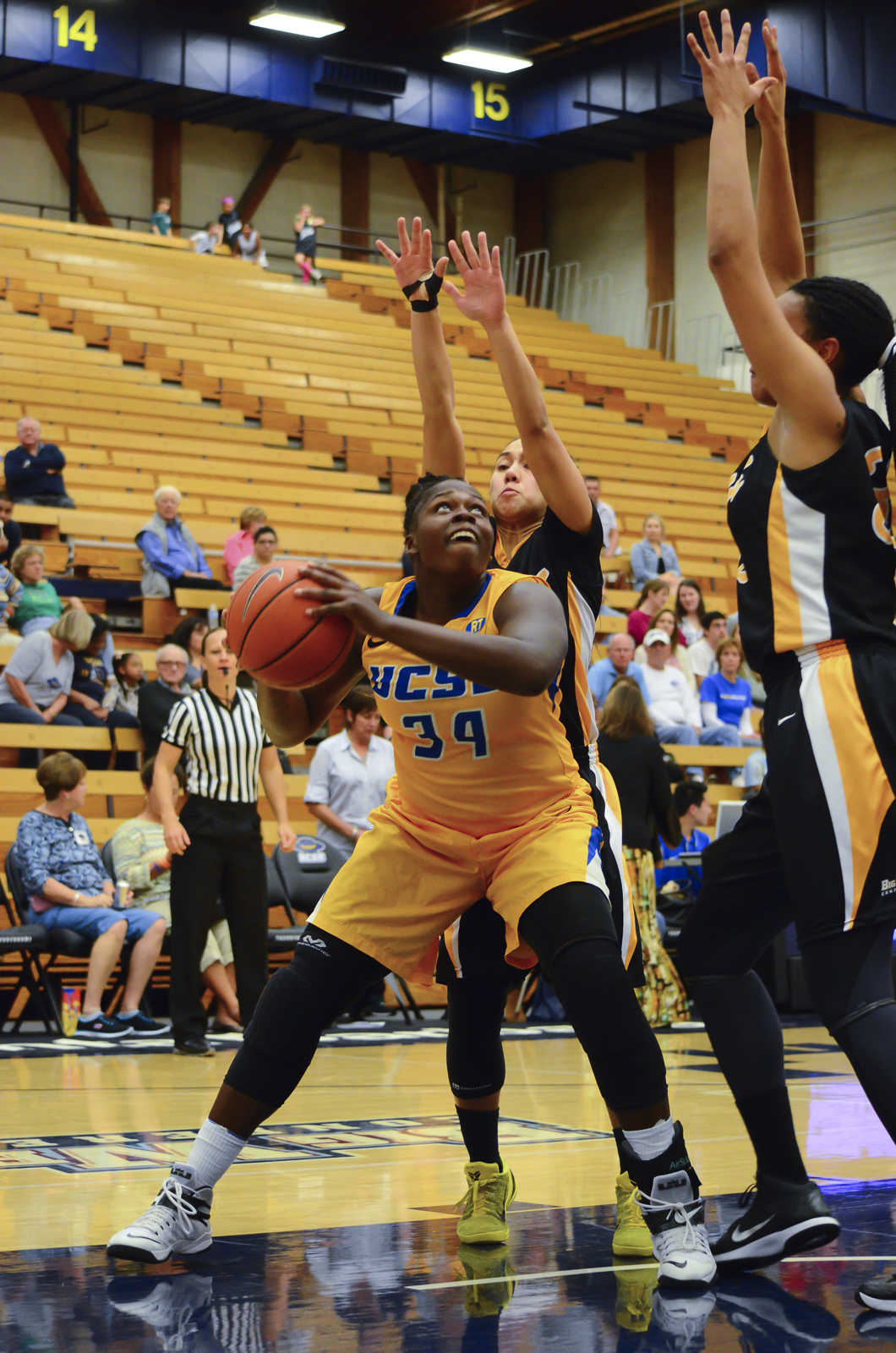 The UCSB women’s basketball team found itself in an unfamiliar place on the road at Cal State Fullerton this past Saturday, down just three points with under a minute remaining. Unfortunately for the Gauchos, they couldn’t pull off the last minute comeback, falling 54-50.

This latest loss keeps Santa Barbara in last place at 0-18 overall and 0-5 in the conference, while the Titans moved into a three-way tie for fourth place at 9-9 overall and 3-2 Big West.

The Gauchos haven’t found themselves in a game late in the second half for a number of contests, but with 6:14 to go against Fullerton, a jumper by senior center Clair Watkins put them up 41-38. However, the Titans answered back with an 8-0 run that included back-to-back layups by senior guard/forward Kathleen Iwuoha to take control of the game.

After a pair of free-throws by senior guard Chante Miles gave Fullerton some distance with a 51-45 lead, UCSB’s Kristine Brance answered right back with a clutch three to cut the lead to three with 57 seconds remaining.

Brance came into the game on the heels of her best performance of the season on Thursday against Riverside and was hot once again. The senior guard was 6-12 from the field, including 3-6 from three-point range on her way to a team and season-best 15 points.

A UCSB stop on the following possession gave the Gauchos a chance to tie the game. Sophomore point guard Onome Jemerigbe missed a two-point jumper from the top of the key, leading to more free-throws from Miles.

Miles was the Titans’ leading scorer on the night and was able to put the game away at the line, knocking down 5-6 in the final 1:16 of the game. Her offensive efficiency showed from every spot on the floor, as she made 3-4 from downtown, 6-11 overall from the field, and 13-15 from the line on her way to a game-high 28 points. The game eventually ended 54-50 in favor of Fullerton.

A back-and-forth start to a game which saw eight lead changes and five ties was separated by a jumper from junior guard Jasmine Ware with 59 seconds remaining in the first half, putting UCSB up 24-22 heading into halftime. It was the first time the Gauchos took a lead into halftime all season. It was also just the third time UCSB outrebounded its opponent, taking a 32-30 advantage.

Ware finished the game with six points and a season-high seven rebounds. Watkins added 10 points of her own while junior forward Kendra Morrison put in six points while picking up a season-best six rebounds.

The four-point loss was the closest UCSB has been at the final buzzer since a 47-44 margin of defeat against Idaho in the second game of the season.

Next up for the Gauchos are a pair of home games against UC Irvine and UC Davis this Thursday and Saturday.