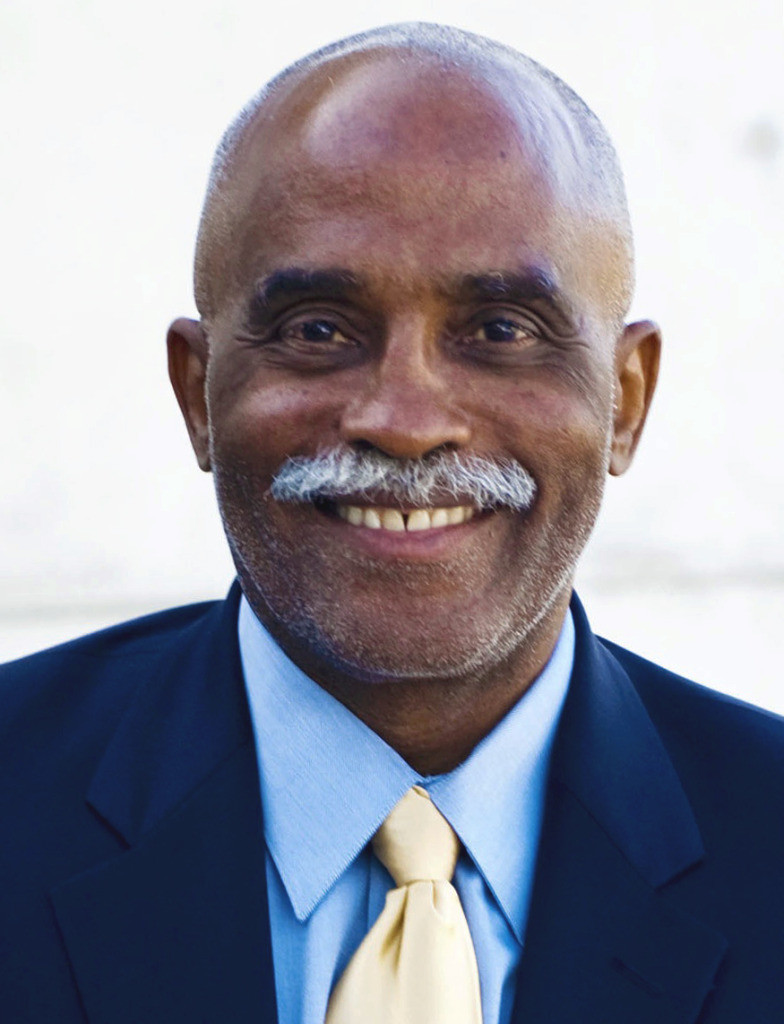 A retirement reception for Vice Chancellor for Student Affairs Michael Young was held Friday in Corwin Pavilion to honor and celebrate his 25-year career with the Student Affairs Division.

The reception, hosted by Student Affairs and open to all who wished to attend, featured guest speakers as well as appearances by local federal and state legislators, a performance from the a cappella group Brothas From Otha Mothas, a video montage and signed cards for a portfolio keepsake serving as Young’s retirement gift. Young has been at the university with the division of Student Affairs since 1990.

Senior Associate Dean of Student Affairs Debbie Fleming said Young and his wife have made positive and lasting impacts on the university and that Young will leave behind a legacy for vice chancellors in Students Affairs to come.

“JoAnne has shared Michael with us for the last 25 years, so we are forever grateful to JoAnne and the entire family, many of whom are here,” Fleming said. “Michael Young’s values — honesty, transparency, integrity, collaboration and teamwork — are at the foundation of the positive and supportive community that we treasure at the Student Affairs Division.”

Marina Quintanilla, a second-year biology major and a student assistant in Young’s office, said Young will be missed by students and staff alike.

“It is going to be so sad going into the office and not seeing him everyday,” Quintanilla said. “We are used to seeing him meet with numerous people throughout the whole week and he is just very nice and very caring for the students and now that he is gone it is going to be the saddest thing ever.”

Santa Barbara Senator Hannah-Beth Jackson, along with Assembly member Das Williams, presented Young with a framed resolution to recognize and honor his time with the university.

“Not only has Michael demonstrated wise and experienced leadership in his position but he has launched countless initiatives that have become the models throughout the country in areas including creation of student wellness programs, an issue of great concern I know to all of us at this time,” Jackson said.

Williams said Young has influenced the high voter registration campaigns and turnout at the university.

“He made it a value,” Williams said, “He made a recognition of the administration that having students and faculty register to vote and participate in our government was an important value to have.”

I am very proud of what we have accomplished over the past quarter century, and I am proud of my role in all that, but the truth is that it is teams that win championships and it was and has always been the team that has made us successful. So the real and simple answer is that I am most proud of you. – Vice Chancellor for Student Affairs Michael Young

Williams also said Young was a leader in the move to improve energy efficiency efforts on campus, including the Zero Net Energy Plan, an initiative to help ensure energy efficient spending at the Student Resource Building.

“In the beginning of the implementation of the Zero Net Energy Plan, UCSB will be more energy efficient in the years to come and will be more instep with our values so that we are not creating as much human pain by the energy choices that we have as a community,” Williams said, “and that is because Dr. Michael Young thought it was important and helped move that forward.”

Santa Barbara Congresswoman Lois Capps, whose late husband Walter H. Capps was a professor on the committee that chose Young as Vice Chancellor, said Young has “enriched” the university throughout his career and his “noble work.”

“Michael, how you touch the individuals, during that formative time in a person’s life, when they are a college student,” Capps said, “That translates into a wider community now.”

Michael has treated me as an equal, demonstrating a confidence in me that I hadn’t realized myself yet. Michael supported and helped to instill the strength in me and the entire UCSB community that guided us through a very challenging chapter in our lives. – A.S. President Ali Guthy

Executive Director of Housing and Residential Services Willie Brown said Young was a constant role model to the African-American community on campus.

Associated Students President Ali Guthy said she first met Young at the emergency response meeting following the shooting in May and that it was during that time that Young revealed himself as a pillar of strength for “the entire UCSB community.”

“Michael has treated me as an equal, demonstrating a confidence in me that I hadn’t realized myself yet,” Guthy said. “Michael supported and helped to instill the strength in me and the entire UCSB community that guided us through a very challenging chapter in our lives.”

Young said that among the things he has done during his time at the university, his development of a solar energy sustainability initiative, his support for the LGBTQIA community, his improvements in regard to mental health services and other projects are among those he is most proud of.

“I am very proud of what we have accomplished over the past quarter century, and I am proud of my role in all that, but the truth is that it is teams that win championships and it was and has always been the team that has made us successful,” Young said. “So the real and simple answer is that I am most proud of you.”

Young said the Student Affairs Division will be in good hands with current Senior Associate Dean of Enrollment Services Mary Jacob, when she fills his position after his official retirement on Jan 31.

“Those of you that know Mary know that she is smart, she is committed, she has strict, great values, [and is] a strong person with even stronger principle values,” Young said. “I want to thank you all for being such great colleagues and friends. We have had some great times together working hard, debating, arguing, laughing, playing and I just want to thank you.”