The Daily Nexus
Music
Panda Bear Meets the Grim Reaper and Comes Back to Tell Us What It’s Taught Him
January 24, 2015 at 9:20 pm by Nadine Bedwan 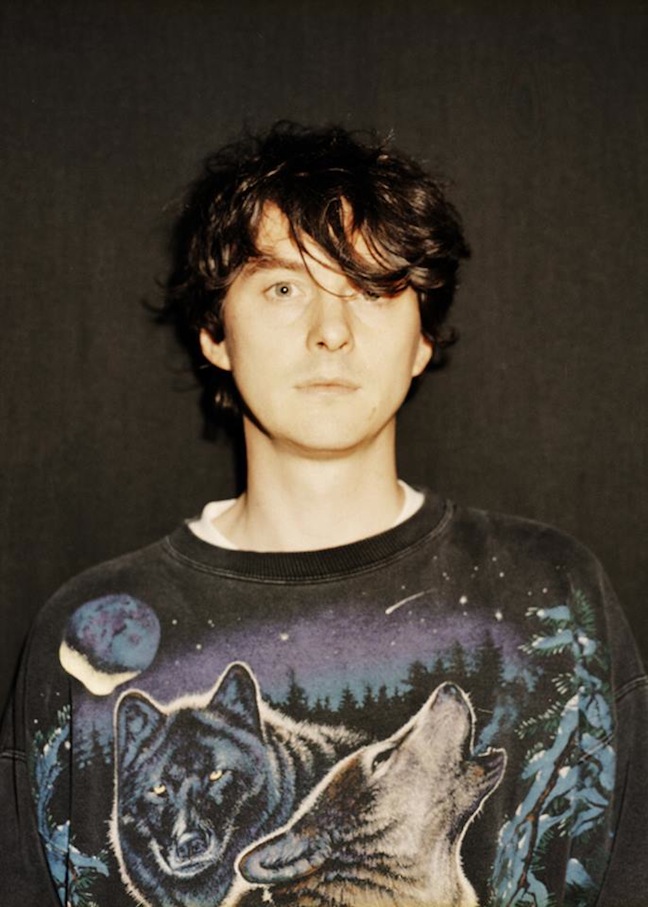 Through his extensive solo work and his group Animal Collective, Noah Lennox, AKA Panda Bear, has already established himself in the music world. As an artist he has nothing to prove anymore, and in creating his fifth full-length solo album, Panda Bear Meets the Grim Reaper, he is seemingly able to fully channel this into releasing a product completely reminiscent of his own style and tastes—not that he’s ever really felt the need to conform in his music—and it shows.

Panda Bear Meets the Grim Reaper plays like an ongoing mental trip, the thirteen individual songs play together fluidly yet the album changes and shifts its style slightly with each song’s individual energy. Still the whole thing maintains a consistent feel brought on by distorted unintelligible vocals that somehow come together to create a warped psychedelic dream sequence.

“Sequential Circuits” opens the record, inciting curiosity and luring the listener in for more with its foreboding seductiveness. The next song, “Mr. Noah” may be the most unique as well as catchy on the album. It begins with a slow build and a dog’s distant whining before infusing a drum and beat. It’s easy to lose oneself in the song, especially since the words come off as mostly syncopated vowel sounds. Still, it’s hard not to try to emulate them with your own strange sounds and break into expressive dance.

Another definite high point on the album is reached by the fourth song, “Crosswords.” This song almost evokes a feeling of nostalgia from an unknown memory. If there were a memory associated with this song though, it would be drunkenly slow dancing in a tropical beachside nightclub as Lennox repeats “you got it good, so good…” This continues with a steadier, faster more rhythmic beat in “Butcher Baker Candlestick Maker” and the slow tropical psychedelic vibe is again revisited in “Come To Your Senses” later in the album.

As far as lyrics and song meanings go, “Boys Latin” may be the most hopeful to try and read, and that’s with the help of an exceptionally abstract music video. Words like “Beasts don’t have a second to think// But we don’t appreciate our things// Dark Cloud descended again” probably references the simplicity of the survival focused “beast” mentality, compared with that of “we” humans who are constantly conscious and ruminating. This coupled with the beautifully trippy video that depicts a man engaging with nature and blurring this binary by slowly morphing into nature-beast nonhuman figure form a mild spiritual enlightenment.

By the eighth song “Tropic of Cancer” it is almost although a second chapter of the album has begun. Like it has broken through the funky chaos of the first half and resurfaced into a mellow serene Eden. “Lonely Wanderer” officially welcomes the listener to this new land, allowing them to drift away into a childlike state of wondering, or wandering. This new land is fully manifested in “Principe Real” whose underlying marching chant almost seems like a nod to MGMT’s early album Oracular Spectacular.

The album unfortunately must end and does so with “Acid Wash,” which would have been an appropriate name for the entire record. The song sings almost like a congratulatory finale, for what remains unknown. Perhaps for completing the introspective journey the album takes you, and coming out more sensitive and perceptive in its wake. This doesn’t seem too unlikely with lyrics like “You’ve won against the deep// Laugh, the chasm.”

Although the album’s lyrics are relatively hard to decipher and highly abstract, there is obviously deep relatable meaning left to be interpreted by the listener. To further digest the album looking up the lyrics is highly suggested and almost allows listeners to listen again for the first time with new knowledge and perspective.