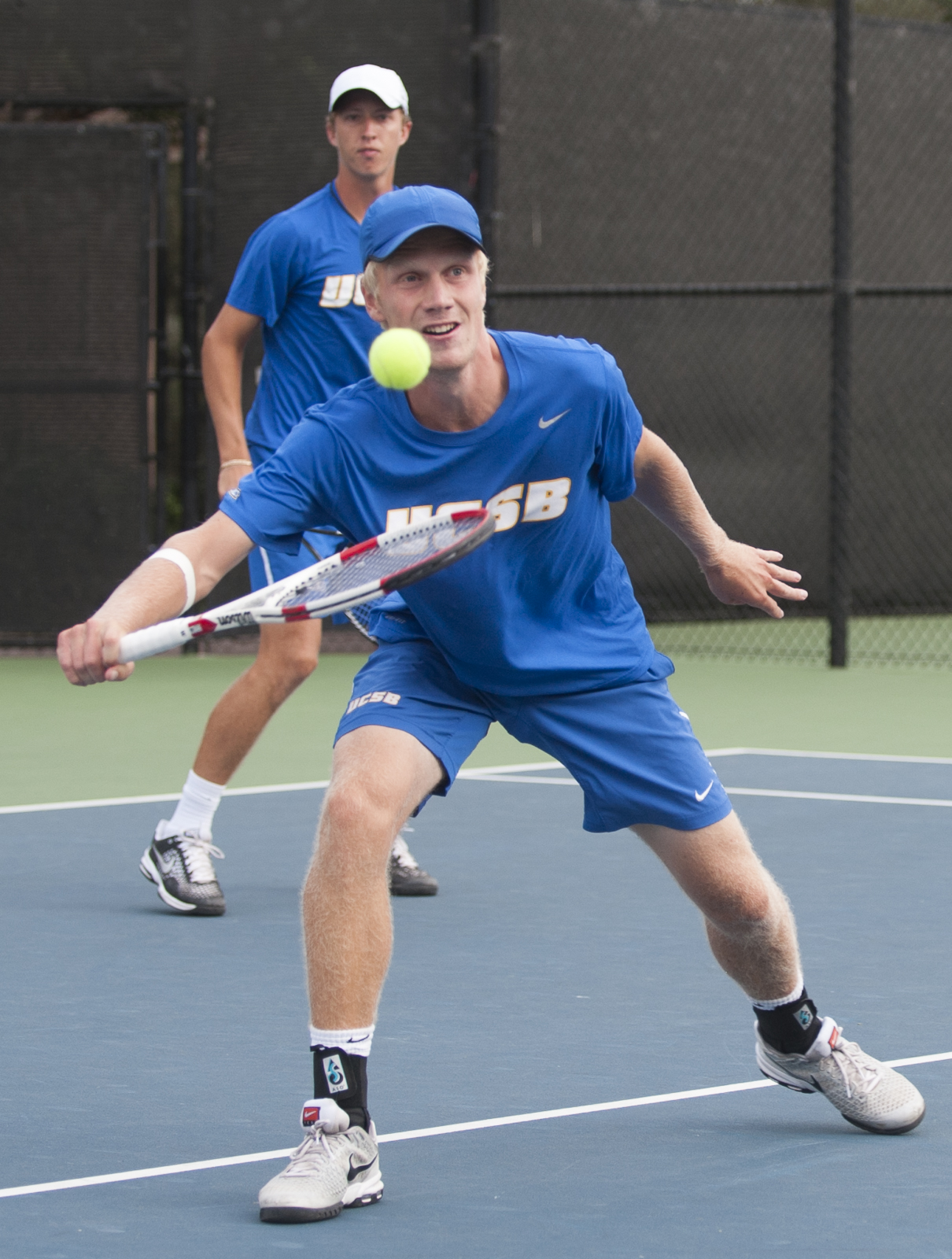 This Saturday, the UCSB men’s tennis team will get a chance to bounce back from a shaky start and earn its first head-to-head victory of the season. After a trip to Texas last weekend, the Gauchos will host Westmont in their home opener.

The Gauchos head into this weekend’s matchup with a record of 0-2 as they dropped back-to-back competitions against TCU and Southern Methodist University. The Westmont Warriors will be competing in their first head-to-head match of the season.

The Warriors will be led by their powerful doubles team that features senior Joshua Barnard and junior Carl Lindqvist, who made their names known earlier this season at the ITA National Small College Tournament. The duo earned their spot in this tournament with dominant performances in the earlier regional trials and continued this style to the final match of this tournament.

The doubles team strolled to the finals only losing one set along the way. It was ultimately defeated in the finals by a tandem from the defending NAIA champion, the Embry-Riddle Eagles.

UCSB has yet to win the doubles point this season as both times it was defeated in the first two matches’ completions, but that is not to say that they did not fight. The duo of senior Tobias Galskov and freshman Chase Masciorini made for quite an interesting bout against the then No. 15 ranked doubles team from TCU where the Gauchos found themselves down just 5-4 before play was halted. Juniors Nathan Eshmade and Andrew Riminton repeated their teammates’ performance at the next meet with SMU where the match was called off at the score of 5-4.

UCSB could truly use the doubles point in this Saturday’s match as it has shared nearly equal woes in the singles field this season. In each of their matches of the season, the Gauchos were only able to capture a sole singles win, which pays huge dividends to their current record.

Riminton is deserving of respect for one of these wins as he played on the sixth court in the team’s competition with the TCU Horned Frogs. He defeated his opponent in straight sets of 6-3 and 6-4 to give his team their only point of the day.

Westmont will not be a team to pass over in their first match of the season, but with the Gauchos already having played a few matches and now returning home, they can easily capitalize on their first win of the season over this NAIA team.

The match is set to start this Saturday at 1 p.m. at home.