The Daily Nexus
Volleyball
No. 4 BYU Comes to Town to Battle Sliding Gaucho Squad
January 22, 2015 at 5:06 am by Edward Moss 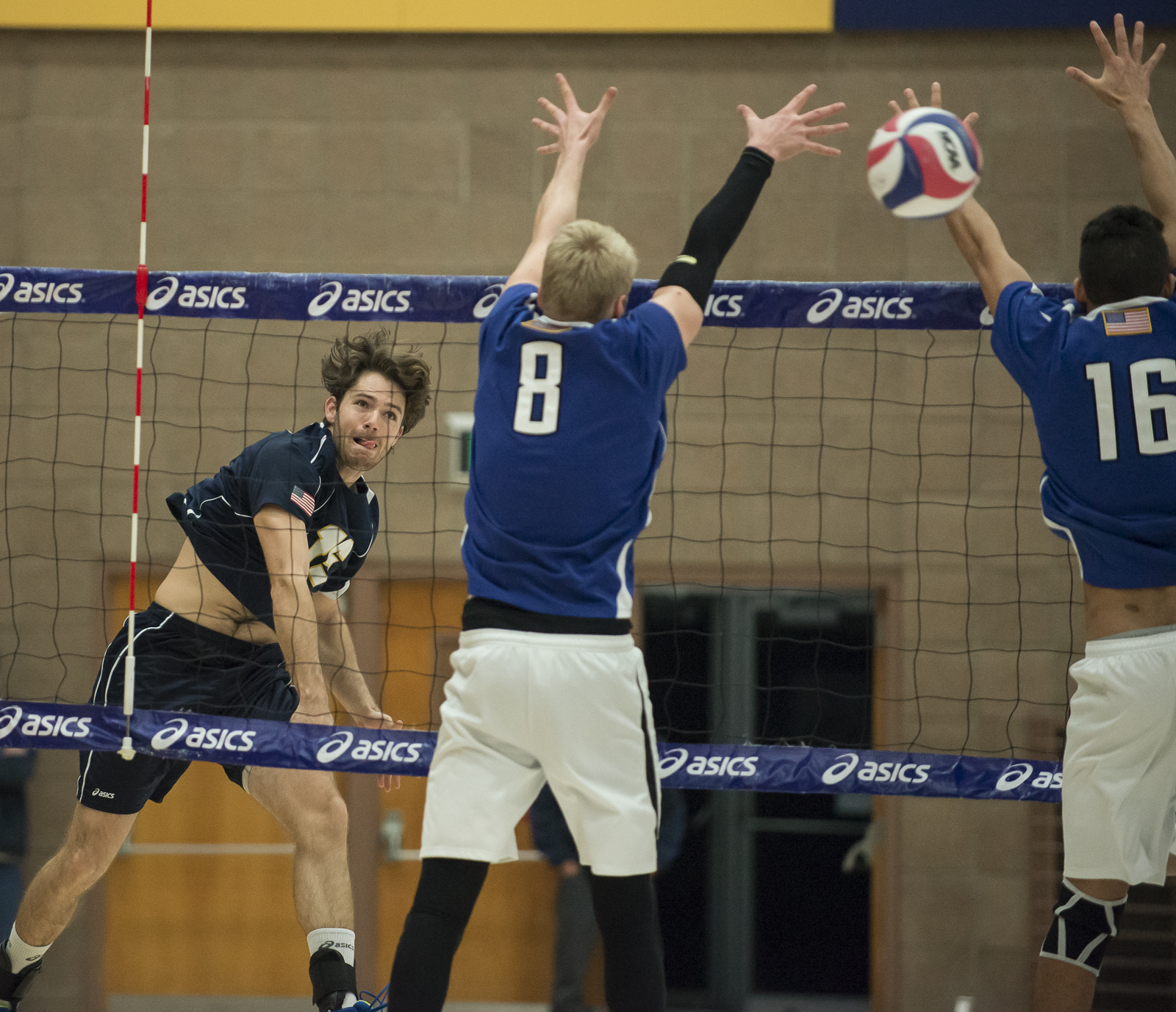 The UCSB men’s volleyball team’s ranking fell from No. 3 to No. 8 after dropping its first two matches in MPSF play against Hawaii. The Gauchos look to rebound against No. 4 BYU this weekend with two matches against the Cougars.

On Sunday, the Gauchos looked to rebound but took another loss in four sets. After suffering injuries in the matches over the weekend, the Gauchos look thinner going into this weekend’s matchups with BYU.

The Cougars come into this weekend’s matches with a 3-1 record after beating now-No. 9 UCLA twice over the weekend. In the first matchup on Friday, BYU took down the Bruins in four games as sophomore outside hitter Kiril Meretev finished with a career-high 10 kills and an extremely strong .615 hitting percentage to go along with five digs. Sophomore opposite hitter Tim Dobbert led the team with 11 kills and junior setter Tyler Heap had 29 assists in a 3-0 victory.

BYU then beat the Bruins again the next night in four sets, 17-25, 26-24, 25-20, 25-15. Sophomore outside hitter Jake Langlois led the team with 14 kills and Dobbert added 13 while senior outside hitter Phil Fuchs and junior middle blocker Michael Hatch both set career-highs in kills with 12 and 8, respectively.

“We know we have to serve well to beat BYU,” junior setter Jonah Seif said. “They’re an older team with a lot of height and experience.”

Langlois, 6’10”, has been a large contributor for the Cougars with his 46 kills and 3.29 kills per set this season. He and Dobbert, also 6’10”, are going to be forces at the pins that the Gauchos will have to be ready for. Redshirt sophomore Joseph Grosh, 6’7”, has played in every set at middle blocker and has a .364 hitting percentage while Hatch, 6’8”, leads the team with a .637 hitting percentage. Senior Jaylen Reyes is one of the best liberos in the country and leads the team with 30 digs this season.

A version of this article appeared on page 8 of January 21, 2015’s print edition of the Daily Nexus.