The Daily Nexus
Fine Arts
Cecco del Caravaggio’s Resurrection: A Tale of Renaissance Art and Enlightenment in the 21st Century
January 19, 2015 at 10:00 pm by Nadine Bedwan 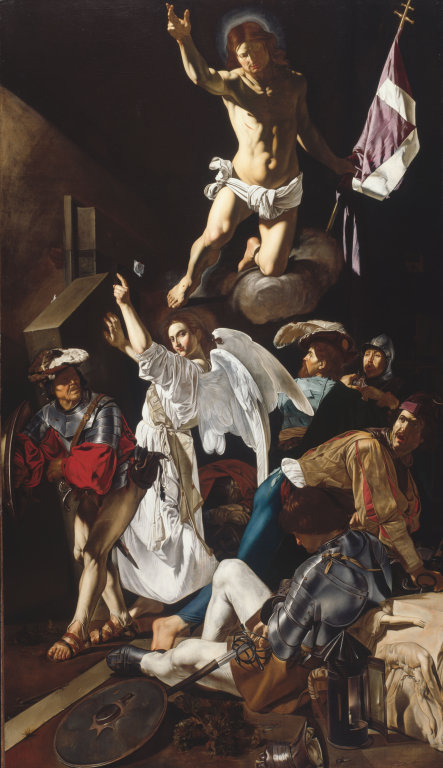 One aspect of university life that is undeniably great, unique and often overlooked is the cultural opportunities afforded to students outside of the seemingly rigid school/party dichotomy. In addition to courses and extracurricular activities, campus life offers an abundance of educational and cultural events outside of the classroom. The status one holds as a registered student should not be taken for granted. By taking advantage of these affairs, one just might end up with a new lifelong passion or interest or, at the very least, gain some new knowledge.

On Wednesday, Jan. 14 on the sixth floor of the HSSB, students, professors and scholars gathered together for a public lecture given by Michael Fried. An art history professor at Johns Hopkins University, Fried is renowned for his literary contributions to the artistic world. The topic of discussion was, naturally, a historical painting: Cecco del Caravaggio’s “Resurrection,” painted in the 17th century. Without much exposure to or previous knowledge of Renaissance art, this reporter set out with nothing more than a mild interest and a willingness to learn.

Upon arrival, the room was already filled with scholarly types in tweed jackets and fancy brooches. After an introduction of Professor Fried, complete with an extensive list of anecdotes, accolades and accomplishments, the lecture began.

Seeing famous and exquisite paintings in books or museums has an undeniable charm and pleasure, even though the images are often taken for little less than visual sensation. It is easy to see paintings as inanimate objects without regard to the human feelings and history behind them. The guest speaker went on to point out and emphasize certain features of the paintings, all in an effort to determine what the artist could really have been trying to depict.

“Resurrection” portrays Jesus Christ floating above a scene of disarray. The most notable figure is the angel in the center, pointing up and guiding the viewers’ eyes up at Christ. Conversely, the prophet himself stares down at the chaotic scene, specifically a man with a feather and an apparently detained soldier.

According to Fried, one possible theory is that the man in the feathered hat is a recently converted Christian protecting the angel and Christ from the soldier who seeks to harm them. In the bottom right corner of the painting is a sleeping soldier, who appears to have been drawing his sword at the moment of his slumber. In the perceived battle going on in the painting, the presence of the sleeping soldier begs the question: Whose side is he on?

From the perspective of a novice art admirer, this explanation, and others presented in the lecture, was quite enlightening not only in what it revealed about the painting, but also in introducing a new way to look at art in general. Yes, light and colors catch the eye, but art can be seen with the mind as well. Like losing oneself in a captivating novel, artwork and paintings can be lenses through which people escape to different times and places, finding themselves absorbed in a foreign narrative.

In the end, Professor Fried concluded that neither he nor anyone else could ever know what Cecco del Caravaggio was truly trying to show through his work. Art is subjective as well as beautiful, which is perhaps why it is able to capture the feelings and imaginations of so many people.

Thank you for pointing that out Geoff! The story has been updated.