The Daily Nexus
Swim and Dive
Men’s and Women’s Swimming Take on UNLV
January 16, 2015 at 4:00 am by Daniel Moebus-Bowles 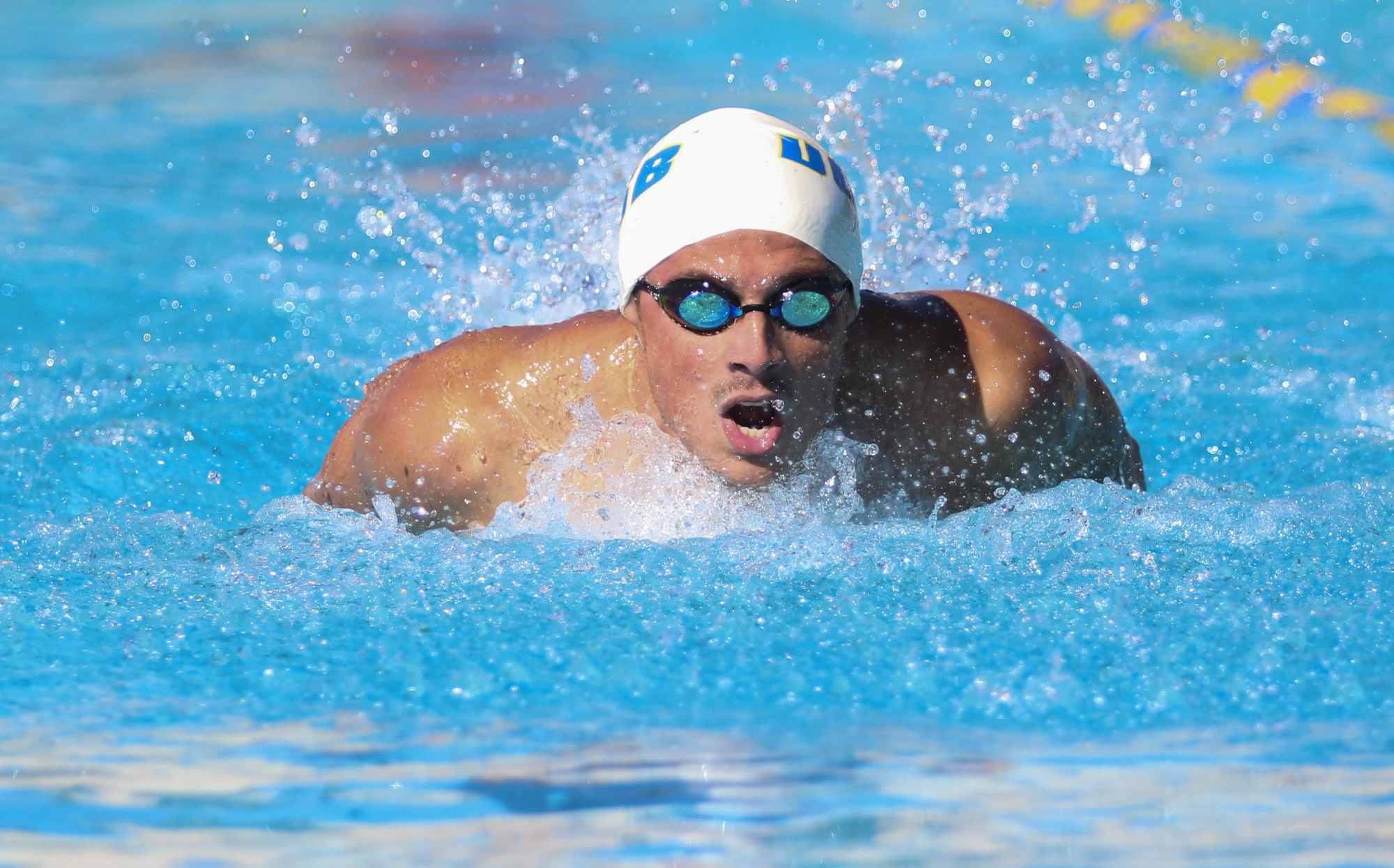 ​After a long break from head-to-head meets, both of these Gaucho squads are ready to return to the pool and continue the dominance that they showed in the first half of the season. Saturday’s meet will be the women’s team’s first head-to-head since Nov. 14.

The men will not have as much rust to shake off as they are riding the momentum of their 138-121 win over the U.S. Air Force Academy just two weeks ago. Both teams have only dropped one head-to-head meet this year and both have vigorously competed in multi-school meets, such as the A3 Invitational where the men took first place and the women third.

​To start off the men’s 2015 competition, there has been a surge from some of the younger players that will truly boost the Gauchos to continue their success this season. In their last meet, sophomore Dylan Kubick made a splash and took the team’s first win of the day in the 200-yard freestyle event. Kubick received a time of 1:41.65 and then proceeded to capture first in the last event of the day in the 400-meter IM with a time of 4:01.83.

Freshman Billy Mullis was another Gaucho who showed off his young talent. He took gold in both the 100-yard backstroke and the 200-yard backstroke with times of 51.17 and 1:51.94, respectively. If these unerclassmen can continue to show off like they have, this UCSB team can count on a dominant season and more to follow.

​Due to his stellar performances in the breaststroke events against the U.S. Air Force Academy, junior Andy Castilleja received his second conference honor of the season. The MPSF Athlete of the Week ranks third overall in the conference in both the 100-yard and 200- yard breaststroke and will look to proceed towards NCAA qualifications at the climax of the season.

​On the women’s side, Saturday will be their first time back in the pool as a team since the A3 Invitational in November. The exceptions to this are the two athletes who traveled to Texas in December to receive some national recognition at the Texas Invitational. Seniors Katie Records and Andrea Ward, who competed as individuals, put in a couple of great events that hopefully will relay back to the team competitions. Records received a time of 2:15.77 to take seventh in the championship 200-yard breaststroke and Ward snagged third-place honors with her 1:57.18 trial in the 200-yard butterfly.

The UNLV Rebels will not be a team to walk over in this week’s events as both their men’s and women’s teams have lost just one meet each in the 14-15 season. They have strong forces all around the different events and have the depth that the Gauchos lack in some areas of the meet. The Rebels will surely be ready to go once the starting gun is fired.

​Both meets are set to start at 11 a.m. with the women in Las Vegas and the women at Campus Pool in Santa Barbara.