The Daily Nexus
Music
Will Coachella 2015 live up to its own hype? Artsweek Weighs in on the “Best” Festival in California
January 15, 2015 at 5:00 pm by Nadine Bedwan 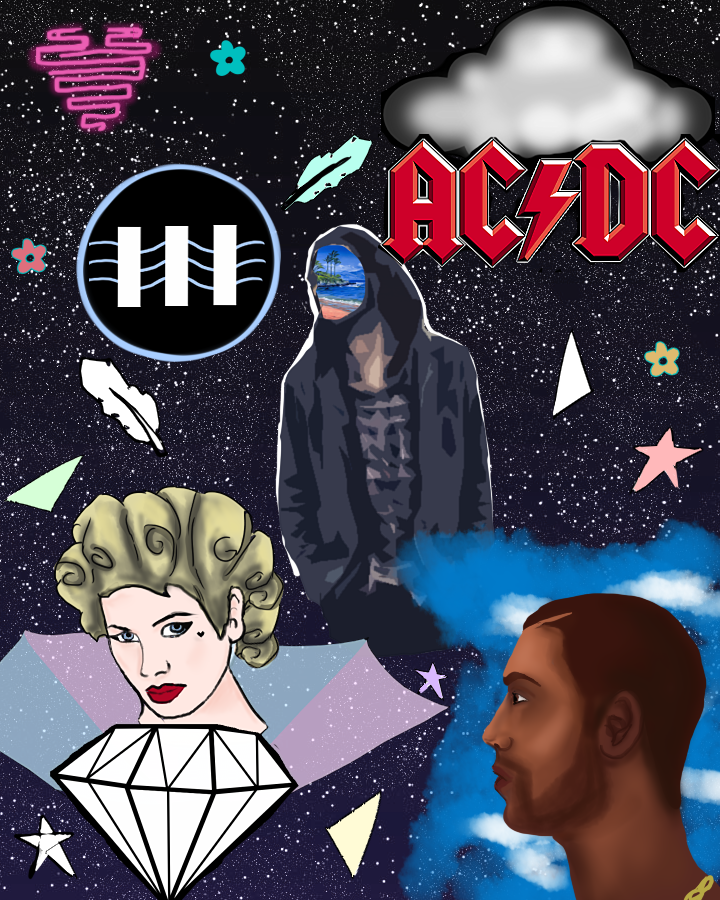 Of all the music festivals that take place each year, the Coachella Valley Music and Arts Festival is perhaps the most attention-grabbing, reputable and coveted one. Since its start in 1999, the festival has grown infamous for being notoriously difficult to obtain passes for. Typically selling out in a matter of minutes, it eventually got divided into two weekends in 2012. Coachella prides itself on this fact, and on being more than “just a music festival.” For a taste of their smugness, take a look at any of their social media accounts.

But in Coachella’s case, the extreme positive acknowledgement is justified by the massive excitement surrounding the festival. Each January, four months before the festival is to take place, the lineup is released on a random date, and tickets go on sale the following day. Nobody knows for sure when the lineup will be revealed, but that doesn’t make it any less anticipated.

This year’s lineup follows the tradition of incorporating a mass of genres, and ultimately doesn’t disappoint. Indie rock and electronic music fans are bound to be the most pleased, but there’s something in there for nearly everyone. Moreover, the festival’s reputation is bound to attract those that the lineup doesn’t (except cynical hipsters). To get a taste of the diversity routinely featured, look no further than this year’s headliners: AC/DC stars as the token revived classic rock group while Jack White and Drake each bring in their own cult followings. Stromae and Yelle also add some unexpected panache, delightfully catering to the French-speaking market, and even the non-francophone will enjoy getting down to their poppy beats.

Although Coachella undeniably caters to a huge assortment of people, it can’t seem to shake the notion of being at least mostly an indie and rock event. The likes of Tame Impala and Mac DeMarco will provide the essential carefree festival feel. With the release of their 2014 album El Pintor, Interpol has become a staple at festivals and masters of electrifying the crowd with their fixating vocals and ominous guitar riffs. The return of Ratatat is bound to muster excitement from fans that have missed the jazzy syncopation of their electric guitar and synthesizers after a four-year hiatus.

Nearly every facet of the electronic music spectrum is represented. Fans will likely have the choice between dancing to the more heavy disco-sounding rhythms of DJs like Duke Dumont and Annie Mac in the pitch-black nightclub ambiance of the Yuma tent, and getting to fully experience Kaskade and Porter Robinson at the Sahara tent.

Even for those not typically into EDM, Ryan Hemsworth and Cashmere Cat are not to be missed. Their live sets typically consist of a fun assortment of well and lesser-known music remixed and mashed together (think Kanye West merging with blink-182, and it somehow working). And Coachella will be the last chance for anyone to dance to techno master Gesaffelstein. Famous for being a man of few words, the French DJ recently announced that Coachella 2015 will be the last time he plays his live show.

Along with Drake, Lil B (the Based God), the Weeknd and Tyler the Creator will satisfy the appetites of hip-hop fans. Flying Lotus’ set will likely be an experience in itself, given the eerily psychedelic rap feel of his latest album, You’re Dead!, in addition to his customarily trippy visuals.

Music and lineup aside, what really sets Coachella apart from other festivals is the large and veritable crowd it attracts, regardless of who is performing. From music fans to celebrities, fashion bloggers to people that just want to experience the hype, everyone comes to Coachella.

Of course, there’s a myriad of other annual music festivals to choose from, ones that can probably save a lot of money, gas and hassle. Festivals like Outside Lands and Treasure Island are typically smaller and garner a much more niched crowd, offering a cohesive environment amongst festivalgoers.

In exchange for a smaller, hassle-free music experience is Coachella’s glamorous allure, and perhaps what gives it that allure is the huge mixture of people who attend. While the coziness of smaller fests feels warm and safe, Coachella allows its attendants to meet and see people who would probably never be accessible to them outside of the Polo Fields, and that world of possibility in itself feels pretty magical.