The Daily Nexus
Music
A New Kind of Study Playlist – Exploring the Instrumental World of Study Sounds
January 15, 2015 at 5:00 pm by Kelsey Tang 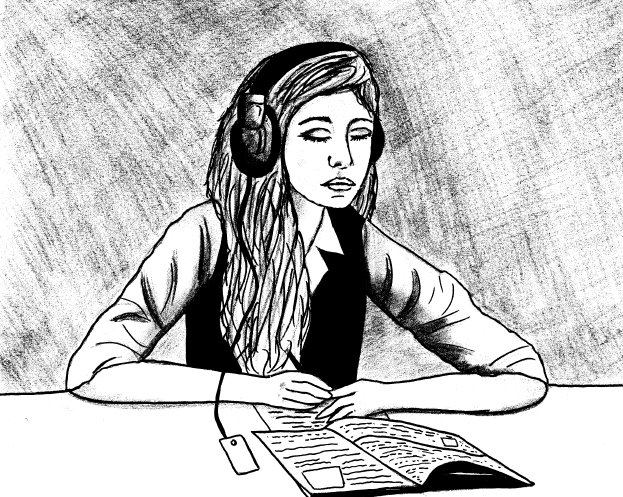 You probably made a New Year’s resolution to dedicate a little more time to hitting the books, but studying doesn’t have to be a miserable commitment this quarter. Whether classes require examining the complexities of molecular structure or interpreting the filthy language of Shakespeare, a mesmerizing instrumental tune could be the extra boost needed for motivation. Below is a selection of artists specializing in the art of instrumentals, unaided by the distraction of tangible lyrics. Cheers to a new year infused with new kinds of study music.

Outsmart the stagnant library chills by playing something summery and dazzling. Kosmo Kat produces music for the eccentric ones — those fascinated by corny Japanese pop and the cutesy personification of mundane objects. While incorporating the sprightly qualities of ’80s music and futuristic sounds of electronic music, the glittering melodies will leave the listener feeling like an old school animated character in an opening theme montage, complete with faded pastel colors and simply drawn lines. It’s encouragement music that dramatizes you as the main protagonist struggling against academic warfare. Listen here:

Those that go wild for a belligerent bass and an unusual melody will take delight in the bizarre beats of Rage Logic. His music has all the energy of the average hip-hop track, but remains strikingly exceptional with an added pop of sophistication and luxury. The independent producer creates music equivalent to the sensation of that first sip of a cool, fizzy beverage while lounging on a velvety couch in a dim chamber. “P.i.m.p.” is only one sample of Rage Logic’s cocky music. You’ll feel like a million dollars while studying to potentially earn a million dollars. Listen here:

Transcending the genre of electronic music is rising producer Lindsay Lowend. His instrumentals evoke the sense of biting into a ripened peach on a tepid day. Studying to these indolent melodies will keep you at a moderate and unhurried pace, perfect for alleviating built-up stress and worries. “Loose Laces,” in particular, brings a sweet reassurance with a delicately bouncy synthesizer and consistent drum pattern. It’s music for the mellow individuals seeking to unwind and collect themselves to a light, poppy tune. Listen here:

To avoid the risk of karaoke sessions in the library, Kelsey Tang doesn’t recommend listening to instrumentals of Top 100 tracks.