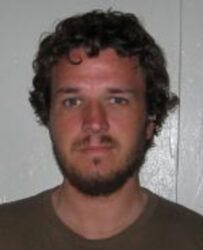 Bennett received his Bachelors and Masters degrees in philosophy from UC Santa Cruz and enrolled at UCSB in 2010, where he earned a second Masters degree and became a Ph.D candidate with the philosophy department. Bennett’s primary research interests included the intersection between language logic and the limits of linguistic expression. Bennett also left a suicide note on his blog “de dicto“ along with a lengthier post attached to the note providing instructions on how to distribute his possessions, including a number of paintings he created and posted to his blog.

Philosophy Department Chair Thomas Holden said Bennett’s death was unexpected and that Bennett was a bright student and respectable person.

“We’re going to be holding a faculty memorial to share stories about Jason soon,” Holden said. “He was a brilliant student. He really was. He was a little quiet guy, very dignified and respectful. He was a stand-up guy … We’ll miss him.”

“I think it’s fair to say that I’ve never known a graduate student with more raw ability in philosophy than he had,” Salmon said. “And I’ve known many who are very, very talented. He was right up there in terms of raw talent. That was obvious really, from the start. He was very humble … to the point where people didn’t realize quite how talented he was.”

According to Salmon, Bennett had a rough childhood and had “overcome extreme adversity.”

“He grew up in an abusive home and he ran away from home at age 16,” Salmon said. “But he had to leave behind his younger siblings — he wasn’t old enough to take care of them himself. He really wasn’t even able to take care of himself.”

According to Salmon, Bennett never gave any indication that he was tormented about his past and that his death took everyone by surprise.

“By all appearances it looks as if he had completely overcome it,” Salmon said. “He was so capable. He just looked like he had a very promising future ahead of him.”

According to Salmon, Bennett’s blog post on his website “de dicto” on Dec. 31 makes clear that he put time and thought into the decision before taking his life.

“His suicide message was very methodical, very well-planned and thoughtful,” Salmon said. “It was clearly something he had been thinking about for quite some time. He took all of the kind of precautions and measures to make it easier for people who survived him to deal with his death and donated his body to UC San Francisco Medical School.”

Salmon said that while graduate students are commonly under pressure, he does not believe Bennett’s death is a result of an insecurity about his studies.

“I think it would be a mistake to conclude that he was under the kind of depression that comes from insecurity, not feeling that he wasn’t valued enough from his teacher,” Salmon said. “He knew his teachers thought very well of him and expected good things from him. He knew he was impressive to them, so it was probably something else. He didn’t talk to anyone about what tormented him.”

According to Counseling and Psychological Services (CAPS) psychologist Janet Osimo, people who commit suicide often think about the decision for a long period of time and see no other alternatives. She also said childhood trauma can affect individuals long after the events occur and that some individuals have a genetic predisposition to depression.

“For them they see it as that they’ve tried everything and that people that they leave behind will be better off,” Osimo said. “A lot of times a reason that they want to be dead is so they can be out of pain. Past traumatic events can absolutely effect individuals long after they’ve happened and some people may be more prone to depression through family genetics.”

Osimo said people feeling depressed or having suicidal thoughts should talk to someone or reach out to a suicide hotline, 911 or use the 24/7 CAPS counseling number.

“A lot of times people wait until they’re in crisis to seek help” Osimo said. “Research shows that it’s better to seek help sooner, your symptoms will alleviate faster and stay away longer. However, if someone is facing a crisis and feeling like they want to end their life, they should call a suicide hotline or dial 911 for immediate help.”

The UCSB community has lost a remarkable and extraordinarily admirable family member. Jason Bennett was talented, kind, humble, and modest. Above all, he was a thoroughly decent person. He bore his torment with quiet dignity. His suffering is over. We are extremely sad that he is gone. Please visit his Facebook memorial page, Remembering Jason Bennett.

A family member has corrected an inaccuracy: “Jason ran away from home when he was 16 only after his younger brother was kicked out of the house. Jason didn’t leave any siblings behind. He packed a backpack, locked his bedroom door, and left a note on his bed that said “went to Cali.” In California he was offered a room to stay with an aunt so he never went back.”