The Daily Nexus
Sports Blogs
Why Barry Bonds Should Never Be in the HOF
January 13, 2015 at 4:59 am by Edward Moss 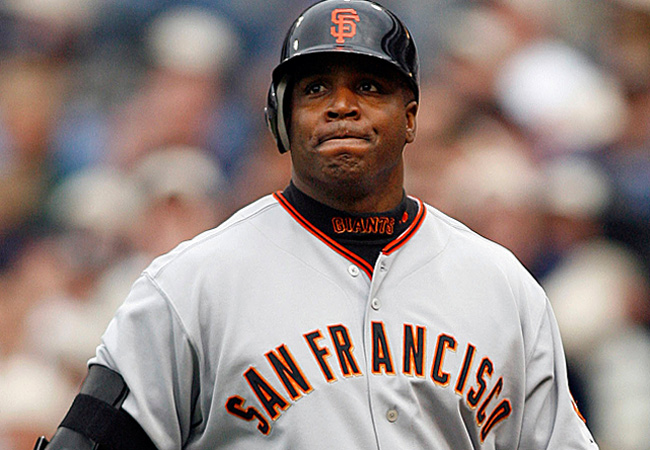 This week the National Baseball Hall of Fame gained four new members with the addition of Craig Biggio, Randy Johnson, Pedro Martinez and John Smoltz. The Baseball Writers’ Association of America (BBWAA) sent in their votes and these four players were named on over 75 percent of the ballots.

With the selections, I thought more about how longtime San Francisco Giant Barry Bonds, the all-time and single season home run champion, did not get close to being selected for the Hall due to his steroids allegations from his playing time. I am glad that he has not been selected to the Hall of Fame and I hope he never makes it in because he cheated to gain glory in America’s National Pastime.

Every year for now on, when the BBWAA decides who to include on their ballots, they must think about which players cheated and which did not. For the players who played during the steroid era in baseball, from the 1990’s to the first years of the 2000’s, steroids tarnished records and gave unfair advantages to players who did not deserve them. Now every player who played at that time must be questioned whether he was a cheater or not.

The four players selected this year played during the steroid era and excelled without being connected to breaking the rules. Three of the players were pitchers who had to battle against guys who were juicing, while Biggio was a hard-nosed player who amassed over 3,000 hits. They will be remembered as players who survived the steroid era without a blemish to their names.

Barry Bonds wowed fans in San Francisco. He made the city excited about the sport and he helped the Giants make it to the World Series in 2002. His numbers are off the charts, from his 73 homeruns in 2001 to his .609 on-base percentage in 2004. He won four straight MVP awards with the Giants and seven total in his career to go along with his 762 homeruns.

But his numbers will always have an asterisk next to them for me. Bonds was connected with the federal government’s investigation of BALCO and was convicted of obstruction of justice, pending an appeal. He will forever be remembered as a cheater to me and I’m glad he hasn’t been voted into the Hall of Fame even though I was such a fan of his when he was a player.

To date, no player who has been connected with steroids has been voted in to the Hall of Fame. Many names come to mind of players who have the numbers to be in the Hall, yet they cheated to achieve their names high in the record books. Roger Clemens and his record seven Cy Young Awards, Sammy Sosa and his record three 60-home run seasons, and Mark McGwire and his 583 homeruns are not in the Hall of Fame, and for good reason. They all cheated and do not deserve to have their plaques among those who played the sport with integrity and impacted it for eternity.

Barry Bonds was the face of the San Francisco Giants when I was growing up. I distinctly remember apparel stands selling rubber chickens to fans so they could wave when opposing teams would intentionally walk Bonds out of fear because he was such a destructive hitter.

But my heart sunk when I found out that he used steroids and that he was a cheater. We may never know the full story behind Bonds’ use of performance enhancing drugs, but I know that I never want to see him or any other player who has cheated be given a plaque at Cooperstown for their achievements.

You need to take a much closer look at the Hall of Fame if you honestly believe it is filled with men who played the sport with integrity.

You’ve got to be joking, or perhaps you believe that the color line should never have been removed. Or maybe you believe that the rampant amphetamine use of the 50’s, 60’s, 70’s, 80’s and 90’s didn’t enhance performance. How about the integrity of the BBWAA who collectively ignored PEDs until they couldn’t. Get off your pompus ass and do your job. Barry is maybe the second greatest hitter if not player of all time.

If you think you know better, then write an article about it instead of acting like a kindergartner and insulting the author.

I believe I just did write something about it. However given that I am an Engineer and not an Author, the only forum I am able to voice my opinion about an article is in the section that is provided to the readers to voice their opinions of the article they’ve just read, which is what I did. In my opinion the author is an idiot if he thinks everybody in the HOF “played the sport with integrity and impacted it for eternity”.

Such an ignorant article.

Bonds deserves to be in. More importantly take away 01 to 07 he still make it in the hof. Also some sport where your hr king and all time hits leader don’t make the hall. Baseball is worse than ever other sport.

Integrity? Babe Ruth tried animal testosterone. The reason Mickey Mantle didn’t break the record in 61’is because of a test/amphetamine cocktail. Ty Cobb tried tp harm people by sliding into them with sharpened spikes. Aaron, Schmidt, Mays,Stargell, and a host of other players in the hall have used amphetamines. A Hall of Fame voter basically gave away that Andre Dawson used steroids at one point. Bonds was one of the absolute greatest players ever before the juice. Get off your idealistic high horse and actually do some research before you spout off your ignorant opinion.

Remove all his records from the drug years, and if he is still HOF material, let him in.

The ONLY way I would ever accept Bary Bonds and other cheaters into the HOF would be if MLB took all of the years they played WITHOUT steroids, averaged those years, and then substituted those averages during the years that the cheaters cheated.

So, for example, that would be justice; it would bring Bonds’ HR numbers down to reality, putting Bonds in 3rd or 4th place after Aaron and Ruth.

If that doesn’t happen, neither Bonds, Sosa, Clemens, or anyone else who used ‘roids should make the HOF, ever.