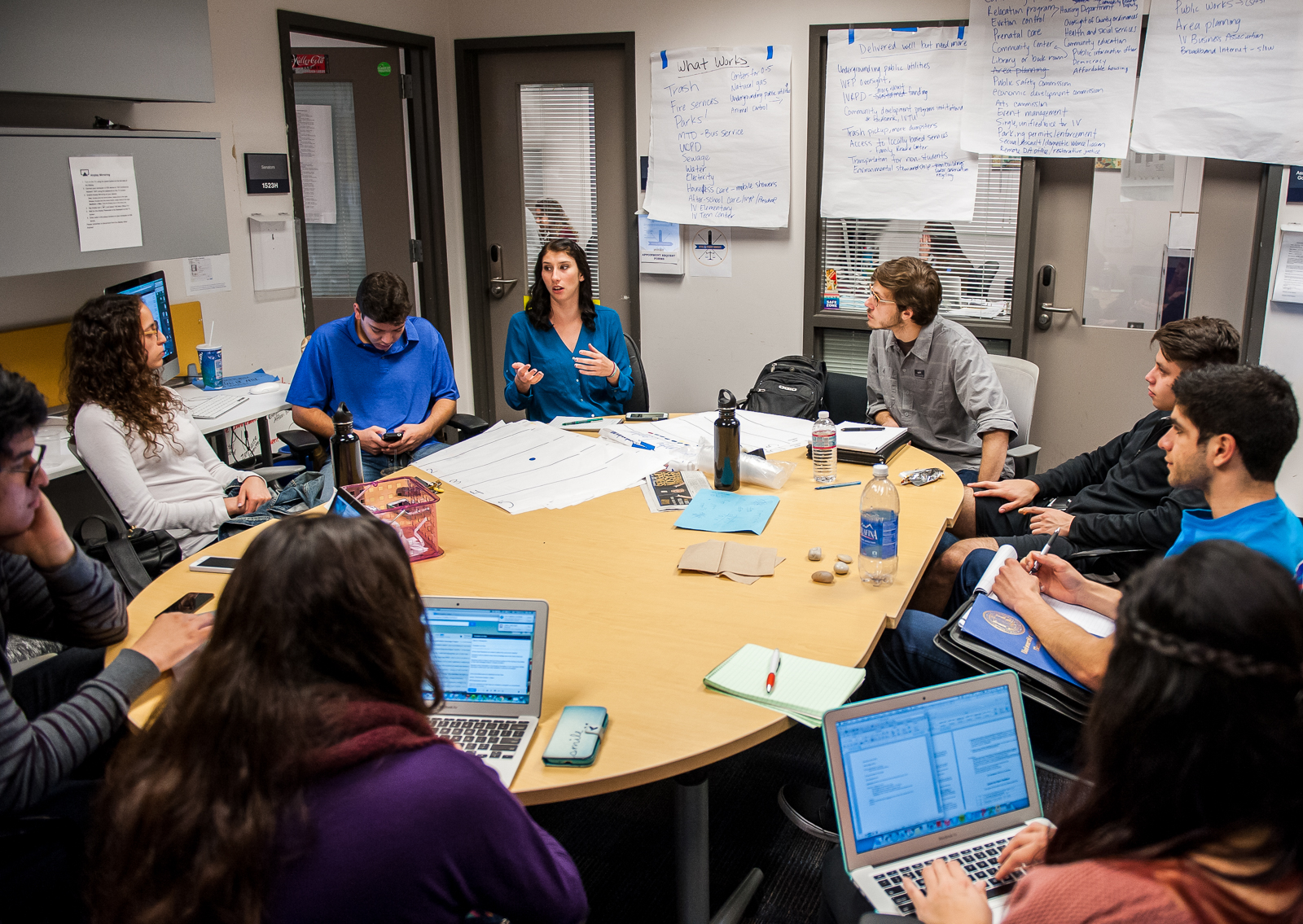 Students met in the Associated Students Main Office in the MultiCultural Center (MCC) yesterday to discuss different services that could be helpful to Isla Vista and to develop clearer goals for CA state Assemblymember Das Williams’ self-governance bill for I.V.

Williams’ Assembly Bill 3 (AB 3) seeks to create a Community Services District (CSD) governance for I.V. which would empower a local governmental board exclusive to I.V. to authorize and execute services and infrastructure projects for the area using locally sourced revenues. Williams’ office is facilitating multiple discussions with different stakeholders, with today’s discussion focusing on capturing student perspectives on what type of services they want in I.V.

Other issues discussed at the meeting included the role of housing and utility taxes to pay for services, creating a community center and “safe space” in I.V., altering community policing and creating bicycle lanes on the streets.

A.S. External Vice President of Local Affairs and fourth-year psychology major Cameron Schunk said he thinks that while specific services like a community center or underground facilities could be helpful in I.V., it is important to focus on the long term future and explore how a CSD will be sustained moving forward.

“For me, the big picture here is [that] even if I think it’s a realistic approach, we’re not going to get all these services at one time. There just isn’t enough money in the world for that,” Schunk said. “But what we can do is prioritize a few and say that these are the most important to us and from there what we can do is really create a system that will benefit those in the long term.”

One of the concerns raised at a prior stakeholder’s meeting last week was that AB3 was coming from Williams and his office without enough contribution from students and other I.V. residents.
But according to Ashley Kruzel, a State Assembly field representative for Williams, since Williams’ office is facilitating the bill and because it has to go through the legislative process, it must come from Williams’ office or CA state senator Hannah-Beth Jackson’s office, as she represents Santa Barbara.

During the forum at the MCC, Schunk discussed the potential of implementing utility taxes in a future CSD-type of self-governance for I.V. as opposed to implementing a property tax. With a utilities tax, I.V. residents would be able to see exactly what they are being charged for instead of unknowingly increasing the overall cost of living without transparency, Schunk said.

EVPLA office member and second-year Chican@ studies and history of public policy double major Alejandra Melgoza said she wants to convince students that these taxes could be beneficial in the long run.

“I think that’s really important, because how are we going to tell students, ‘This is what’s going on. Self-governance is going on and your utilities are going to go up,’ plus tuition’s going up,” Melgoza said, “so we just have to find an effective way of making them see like, this is going to help long-term.”

Schunk said he believes students should consider the perspectives and needs of long-term residents when thinking about changes to the community.

“I know there’s a lot of antagonism between students and long-term residents and I just want to remind everyone … that they are people, that they have lives and families like you, that they have hopes and dreams like you do,” Schunk said. “The one thing I want to encourage everyone to do is try to see them as people and try as hard as you can to really connect with them on a human level because you’d be amazed at how similarly they see this place to you.”

Schunk said that having an open discussion on self-governance with every constituent of I.V. is vital to ensuring optimum success with the proposed bill.

“I think the most important thing though is that we don’t let this become a students versus others kind of debate,” Schunk said. “I think moving forward, if students can keep in mind, that we owe it to this community to be members of the community. Then I think we’ll have much better dialogue also.”