The Daily Nexus
Opinion
A Word to White and Black Evangelicals in America
January 5, 2015 at 8:00 am by David Moore 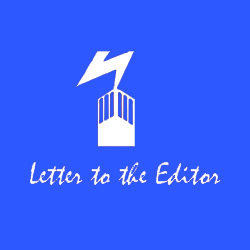 I am an African American pastor living in a not-so-common circumstance. Santa Barbara’s black population is just over 1%. My local collegial relationships have been with nearly all white church leaders, mostly evangelical. It is not strange to hear expressions of outrage over abortion and gay marriage. What I have not experienced much of, over my 31 years of ministry, is empathy toward African Americans.

In 1991 after ensuing publicity over the police beating of Rodney King, I was one of some 30 pastors who gathered, to my dismay, to reinforce our care and support for law enforcement. My experience with local police was definitively different from theirs. Shortly after my family’s move here, I visited a barbershop. The black men welcomed me with a warning, “The Santa Barbara Police know every black male in town.” I laughed it off. Two weeks later, after pulling into a bank parking lot, a squad car approached with two officers. I was asked where I was headed. I said, “To the ATM.” After my withdrawal, they followed my car to my church office. I parked, and with key in hand, strode toward my office. The officers neared and asked, “Where are you going, now?” I said, “To my office.” They asked for my drivers’ license, which I provided. Five minutes later they came back, returned it to me, saying that everything was fine, and “Have a nice night.” It would not be my only unpleasant encounter with local police.

I made a point of meeting city officials. Over lunch with the police chief I told him about my experience. Later, when a reporter ran a front-page series on alleged power abuse in the department, his interview with the chief indicated that he had never heard of any such thing. That was three decades ago. My sons’ experiences with law officers have been even more outrageous. While I have been conscientious to share my experiences with my pastoral colleagues, this matter does not seem actionable to most. I think they represent American Evangelicalism very well.

My title is not quite correct. This is to all Evangelicals. When you say, “I know what urban America’s problem is!” I can pretty much guess that your next words will be “fatherless homes” or something like that. This may be further evidence that you embrace a racialized form of Christianity, a faith and message that ensure that churches remain safely segregated. I don’t think you intend to insult my friends, inner-city pastors, who grapple with the reality of fragmented African American families every day as though they had overlooked what you can so clearly see. I don’t think you intentionally bypass the irony in how voices from a community where half of marriages fail can so clearly comprehend the effects of hurting children in other communities.

It’s much easier to critique African Americans for suffering from fatherlessness because then one can wash his hands. If the problem is derelict dads, then there is no one else to blame. What to do? What is more complicated is to admit that one holds a stake in a society that advantages his own family, church and community at the expense of others. Fatherlessness in African America does not appear magically. It is unconscionable to offer that appraisal without facing the causes of fatherlessness. Where is the empathy? In the tenth chapter of Luke’s Gospel, a man wants to know what the greatest commandment

is. Jesus asks what the Law of Moses says. Jesus affirms the inquirer’s answer, “’You must love the Lord your God with all your heart, all your soul, all your strength, and all your mind.’ And, ‘Love your neighbor as yourself.’” Having made himself uncomfortable with his own reply, he asks Jesus, “Who is my neighbor?” Jesus proceeds with a lesson in empathy. When Evangelicals blithely claim that the evils that plague African America can be reduced to “fatherless homes,” they excuse themselves from empathy, and therefore from humanity.

If you want to truly care for this population you will want to know the cause of fatherlessness. It is not only a cause. It is a result; our fatherlessness is the result of generations of segregation, ghettoization, job deprivation, housing discrimination, education discrimination, mass incarceration, overpolicing and police brutality. In a word, African America suffers from societal humiliation and shame.

My son is not the only young man who has become more willing to share his experiences of mistreatment. The silence is over. This is the beginning. People wonder why Bill Cosby’s victims didn’t all surge forward earlier. Shame is not only a powerful silencer, it renders some people deaf. A white professional friend of mine was troubled by recent vigils and marches in wake of grand jury decisions not to indict police killers. After we spent an hour over coffee his eyes were opened and he wanted to know why reasonable people like myself couldn’t just share our stories openly. I told him that the two of us would not have been having the conversation without those demonstrations. These marches are not only about recent cases. Some of us have been all too conscious of police abuse our entire lives, and it has been underway for generations. It’s just that we have, as a country, come to a different place. More people have penetrated the fog of lies, the cover-up.

Just as I take no pleasure in Bill Cosby’s fall, I wish the bad behavior of so many police had never happened. But people are finally listening and I feel vindicated.

David Moore, ThD, is the lead pastor of the New Covenant Church in Santa Barbara.