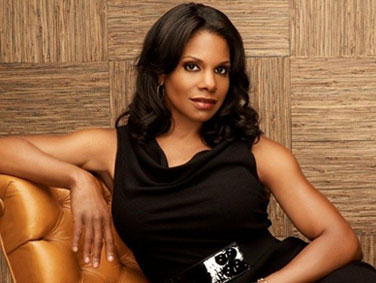 Dressed to the nines, flocks of Santa Barbarans came together on Sunday, Dec. 7 at the Granada Theater to experience an unforgettable night of music. Slowly, a tall, dark, curvaceous figure walked onto center stage and the spotlight flicked its switch. Standing in front and center was the six-time Tony Award-winning Broadway legend, Audra McDonald.

The renowned singer came to Santa Barbara as part of UCSB’s Arts & Lectures 2014-15 season. Getting McDonald to come was a tough process, but after years and years of persistence courting, she finally agreed to a performance date for her latest tour. Having just finished her Tony Award-winning Broadway musical, Lady Day at Emerson’s Bar and Grill in September, the legend began her nationwide tour to cities such as Los Angeles, San Francisco and finally, Santa Barbara.

Dressed in a long, black, body-hugging gown, the Tony Award-winner sparkled in diamonds in front of her enthralled audience. After a few quick words of introductions, the singer opened her lips and her famous voice vibrated across the room. The very first song, “Sing Happy” from the musical Flora the Red Menace, was made famous by another Broadway legend, Liza Minelli, when she was only 19 years old. The song, a superb joyful melody about an optimistic quest for happiness, was the most appropriate appetizer to a five course dinner. McDonald sang classic and contemporary songs from well-known musicals and composers such as Cole Porter. She even remixed a version of Porter’s “Let’s Not Talk about Love” to one based on her own life.

Anecdotes filtered throughout the show. “Every day before I would go to my rehearsal for Lady Day, I would stop by office, that being Chipotle,” said the Broadway legend. “And one day, there was a man sitting outside of Chipotle in Massachusetts, singing this song, and when I heard it, I knew I wanted to put it in my repertoire.” The song was “My Buddy,” a number composed by Walter Donaldson and Gus Kahn in 1922.

McDonald sang for a variety of emotions, from sad music to joyful and optimistic tunes. The ballad “I’ll Be Here,” written by Adam Gwon, told the story about a lover who was killed in the September 11 attacks. In keeping with an optimistic tone, the lyrics spoke of forgiveness and memories after loved ones pass on. The German-born singer also performed music from young contemporary composers such as Shaina Taub’s “What Otters Do” and Jason Robert Brown’s “Stars and the Moon.”

Although born in Germany, McDonald was raised in Fresno, California. She went to Juilliard, a performing arts school in New York City where hopeful aspiring young musical talents come to learn their craft. She first started on Broadway in a musical, “Carousel,” where she won her first Tony Award for Best Performance by a Featured Actress. By age 28, the young talent had won two other Tony Awards. As of 2014, McDonald had won every single Tony acting category, totaling six awards.

Later, the singer turned actress and starred in a recurring role on “Law and Order: Special Victims Unit” in 2000. From 2007 to 2013, she became a series regular on the “Grey’s Anatomy” spinoff, “Private Practice.” After “Private Practice,” McDonald returned to Broadway in the musical Porgy and Bess where she won her fifth Tony Award for Best Performance by a Leading Actress in a Musical.

As the night at the Granada came to a close, the Broadway legend thanked the audience for their generous support and introduced her last song. “Climb Ev’ry Mountain” from the classic musical The Sound of Music is one that McDonald has mastered, as she had previously sang it on NBC. When the last lyric was sung and the audience rose to give the star her standing ovation, the singer bowed and walked off stage. Within a matter of minutes, McDonald walked back onstage and together with the audience, sang the old New Year’s classic “Auld Lang Syne” as a last celebration to a wonderful evening.

Having won every possible Tony Award as a Broadway actress, Audra McDonald is a powerhouse singer and a force to be reckoned with. The 44-year-old made history as the first ever woman to win a Tony in each acting category, and as of this moment, nothing is stopping her from continuing to win more awards for all the years to come.

For more information on how to see Audra McDonald live in concert, visit audramcdonald.net.