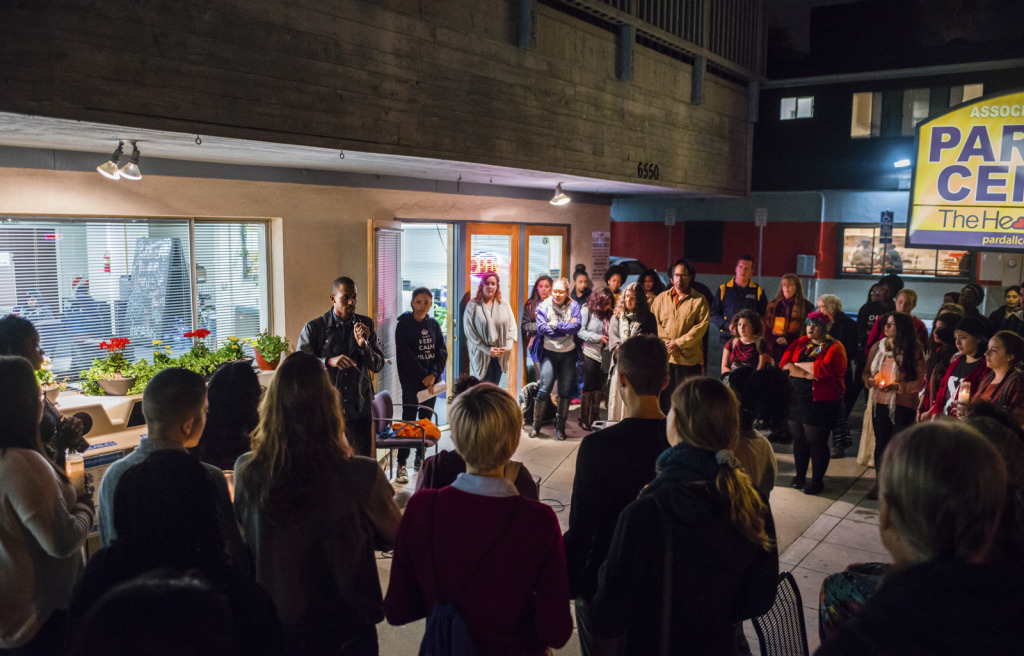 The event, titled “I Can’t Breathe: Open Mic Night and Candlelight Vigil,” was organized in light of the recent decision by a Staten Island grand jury to no bring criminal charges against white New York police officer Daniel Pantaleo for putting the unarmed Garner in a chokehold that led to his death, just after a St. Louis grand jury not to indict a white Missouri police officer for shooting the unarmed Brown. During the event students, I.V. residents and other UCSB-affiliated attendees spoke during a public statement period in which they condemned the verdict and expressed frustration over the verdicts’ implications.

According to third-year black studies major and event organizer Jamelia Harris, the gathering was created in order to give students the opportunity to “come and heal one another” in wake of “these consistent injustices.”

“Whether it be through poetry, art, hugs, poems, or music … to come together and express ourselves after what happened with Michael [in] Ferguson and Eric Garner … is the main thing we were trying to accomplish here,” Harris said.

According to Chican@ studies professor Ralph Armbruster-Sandoval, the deaths of Garner and Brown have sparked heated dialogue about race relations in the United States.

“I feel like we are winning because we are putting the conversation back on race,” Armbruster-Sandoval said. “Everybody knows it. We live in a racist society, from the 60’s onward, and people have tried to put it underneath the rug.”

Armbruster-Sandoval said that while the past two verdicts have caused widespread anger and frustration, Thursday night’s gathering illustrated the chance for progress to occur within social structures throughout the country.

“And now maybe from this tragedy something good will come from it,” Armbruster-Sandoval said.

The event concluded with the group forming a large circle and clapping their hands together, yelling “Black lives matter!”

Why don’t we all hide our heads in the sand and ignore the facts, OK? == Sources in the mainstream media expressed outrage after a grand jury declined to indict a New York City policeman in the death of Eric Garner, but there are 11 significant facts that many of them have chosen to overlook: 1. There is no doubt that Garner was resisting an arrest for illegally selling untaxed cigarettes. Former New York City Police Commissioner Bernard Kerik put it succinctly: “You cannot resist arrest. If Eric Garner did not resist arrest, the outcome of this case would have… Read more »

Dude, when you quote Newsmax in your first point, you lose whatever weird argument you are trying to form.

If you don’t think that there’s an issue between black men and white cops, say so in your own words.

If you think a guy should be choked in such a way that he dies minutes later in an ambulance because he was selling single cigarettes, say so, in your own words.

But if you are hoping to be a lawyer, cop, or judge in the future, consider a different future.

I read a lot of obeisance/respect toward the approved systems here.