The Daily Nexus
Opinion
Vote Yes for BDS
December 4, 2014 at 5:00 am by Emily Schneider 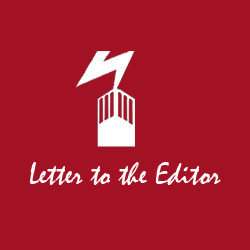 Today, Dec. 4, the union representing graduate student workers (United Auto Workers 2865) at the University of California will vote to join the Boycott, Divestment and Sanctions movement in response to calls for solidarity from Palestinian labor unions. After years of continued violence and failed diplomacy, the tactics of the BDS movement offer us a grassroots, non-violent way to work to end over 60 years of suffering. BDS is a Palestinian-led, global movement to put pressure on Israel to comply with international law and respect for Palestinian rights, including the right to equality, freedom of movement and freedom from torture. It follows the path of other successful, peaceful boycott tactics, like those used to fight apartheid in South Africa. The vote today calls upon the University of California and UAW to divest from companies that profit from the violation of Palestinian rights, as well as calling on the U.S. government to end military aid to Israel.

This issue is important to me not only because I’m Jewish, but also because prior to starting grad school at UCSB, I lived in Israel for four years. During this time I worked for a peace-building organization that brought Israeli and Palestinian youth together, and today this work continues to be the focus of my dissertation research. I love speaking Hebrew, I’m proud to be Jewish, and I’m excited to return to Israel next month to conduct my fieldwork. However, none of this blinds me from understanding that the occupation and Israel’s treatment of Palestinians is a grave and outrageous injustice.

For over 40 years Palestinians have been living under a brutal occupation, where Israel denies them their most basic human rights.

During my time living in Jerusalem, I witnessed a six-year-old Palestinian girl crying next to the ruins of her demolished home after it was destroyed by Israeli bulldozers. In the West Bank, I saw an elderly Palestinian man humiliated by Israeli soldiers with M-16s as they told him take off his clothes off in the middle of the street. I saw nonviolent demonstrators arrested for protesting in their own lands. I saw Palestinian workers waiting for hours at checkpoints. I saw segregated schools and segregated roads — roads that I, a foreigner, could drive on, but the Palestinians whose families had lived there all their lives could not.

I reached a breaking point this summer, when over 2,000 people in Gaza were slaughtered. As images of murdered children and demolished neighborhoods poured in, I decided then to devote myself to BDS, the Boycott, Divestment and Sanctions movement. I came to this decision after years of studying this conflict and working on the ground for peace in Israel/Palestine, because I believe that BDS is the most effective, non-violent tool we as students have to help put an end to the bloodshed and injustice. Peace negotiations have repeatedly failed, military operations continue to fuel the cycle of violence and no peace-building soccer camp can undo 60 years of oppression, murder and violence.

We have a historic opportunity here at UCSB to contribute to a just peace and to be on the right side of history. Voicing our solidarity with oppressed people should not be controversial or divisive. It is our obligation as students and workers to stand with those who are enduring a level of suffering that we cannot even imagine.

Those who say BDS is anti-Semitic or unfair to Israel are off the mark. Supporting BDS is not an attack against Jews or Judaism. Quite the opposite, my support for BDS represents the fullest expression of the Jewish values I was raised on: values of justice, equality and solidarity with those who are oppressed. The ballot proposal does not target individual Israelis. While our specific union vote includes a voluntary, non-binding pledge supporting an academic boycott, the pledge is individual and will have no effect on content taught in classrooms or hiring decisions. A majority of UC undergraduate assemblies have already voted to join the BDS movement, most recently at UCLA. Voting will take place on Dec. 4 from 9:00 a.m. to 6:00 p.m., and is open to all UCSB graduate students. I hope you will join me in standing in solidarity with the Palestinian people by voting yes today.

Emily Schneider is a graduate student in the sociology department at UCSB.

Anecdotal evidence is no way to decide on any issue. I know of a country where a person from a minority was strangled to death by a policeman. Where a youth was short by a policeman, who was not put on trial.

Should we boycott the US?

The fact of the matter is, Palestinian, both Israeli and non-Israeli, are treated in Israel much better than their brethren in surrounding countries.

Looking at the wider picture, it is obvious that supporters of the boycott are either anti-Semites or “useful idiots” (to quote Stalin).

The indigenous language of the entire Levant, since time immemorial is Canaanite. Zero questions or doubts about that. Hebrew, Aramaic, and Syriac are the Canaanite languages of today. Zero questions or doubts about that, also. Arabic arrived in the Levant, propelled by imperial colonialization and massive genocidal slaughter – only in the 690’s of the common Era. Again: no one argues about that fact. Only Hebrew regimes have legitimacy, in the land between the River and the Sea. Anyone and everyone else is entitled to peaceful residence and civil and human rights. But not national existence. Listen carefully: if you… Read more »

“Arabic arrived in the Levant, propelled by imperial colonialization and massive genocidal slaughter” See Deuteronomy 7:1-2, Joshua 6:21, Joshua 10:40-41, Numbers 21:2-3, Numbers 21:33-35, … shall I go on?! Here’s another for good measure: 1 Samuel 27:8-9: “And David and his men went up, and invaded the Geshurites, and the Gezrites, and the Amalekites … And David smote the land, and left neither man nor woman alive, and took away the sheep, and the oxen, and the asses, and the camels, and the apparel. And David saved neither man nor woman alive” You were saying something about how Arabic arrived… Read more »

It is incredibly disturbing to see the trend of allowing hate to be spewed on UC campuses by bigoted extremists like Lara Kiswani. This sick-minded bigot and others like Lisa Hajjar have no place in American academia.

The UAW 2865 looks really bad for allowing a mental midget like Kiswani to speak on their behalf. This is an individual who has openly called for the annihilation of Israel. Of course Kiswani is too impotent to make that happen.

I was not surprised to find out that Kiswani is funded by the George Soros Tides Foundation.

If you’re Jewish and supporting BDS in any way shapenor form, you are no better than the scumbags in Qatar who support Hamas. Jews supporting BDS are brownshirts.

“Jews supporting BDS are brownshirts.” Wow. Where do I start?! You are literally calling Jews who support the BDS movement as a strategy against Israel’s heavy-handed policies against the Palestinian people as, literally, Nazism?! That escalated rather quickly, wouldn’t you say?! Let’s think about this: Adolf Hitler advocated a Germany defined along the lines of an exclusive racial community, passed laws designed to excluded a thoroughly despised internal Other, and sought to expand his country’s “living space” via 1. the confiscation of property owned by said internal Others and 2. the expansion of his people’s inhabited territories beyond the nation’s,… Read more »

Emily, your argument is compelling and potentially sways me in favor of strategic divestment and sanctions. However, the BDS endorsement of an academic boycott is a deal breaker. It saddens me that with your passion and intellect you wouldn’t lobby for a less problematic and counterproductive resolution. Not only will this fail to help Palestinians, it will further fracture the “solidarity” of the graduate student union. BDS will have gained notoriety and a moment in the spotlight – but at too high a cost in the long term.
(I am a UCSB alum and current UCLA graduate student)

Bds is sponsored by antisemites. Their advocates claim bds is meant to modify.israeli policies but in fact it is designed to designed to stifle debate and pro israel organizations. Palestinian advocates love to coopt the suffering of other peoples…the jews in germany. Blackain sa and even furgeson. Its pathetic but thats.all they have. Arab.boycotts of israel has always been hypocritical and one sided. Most.of their academic supporters are funded by the saudis and qatari. They boycott the only.civilized nation in me but accept blood money from the most oppressive nations in the worl. Even ucsb profs have accepted endowments from… Read more »

What lame social science major are you to be so dumb?

The author points to checkpoints, but why are there checkpoints? Does she have so little objectivity that she cannot see that checkpoints and the Security wall are security measures? How dumb must she be? Or how afraid of BDS that she caught a bad case of Stockholm syndrome and wants to join them? South African apartheid was about racial superiority, Israeli security measures are not. Hamas launched rockets for months into Israel. Israel dropped warning bombs on rooftops- has any other country ever done that? And what did Hamas do, but order families with children to the top of the… Read more »