The Daily Nexus
News
Senate Bill Proposes $75m in State Funding to UC System
December 4, 2014 at 5:00 am by William Leiva 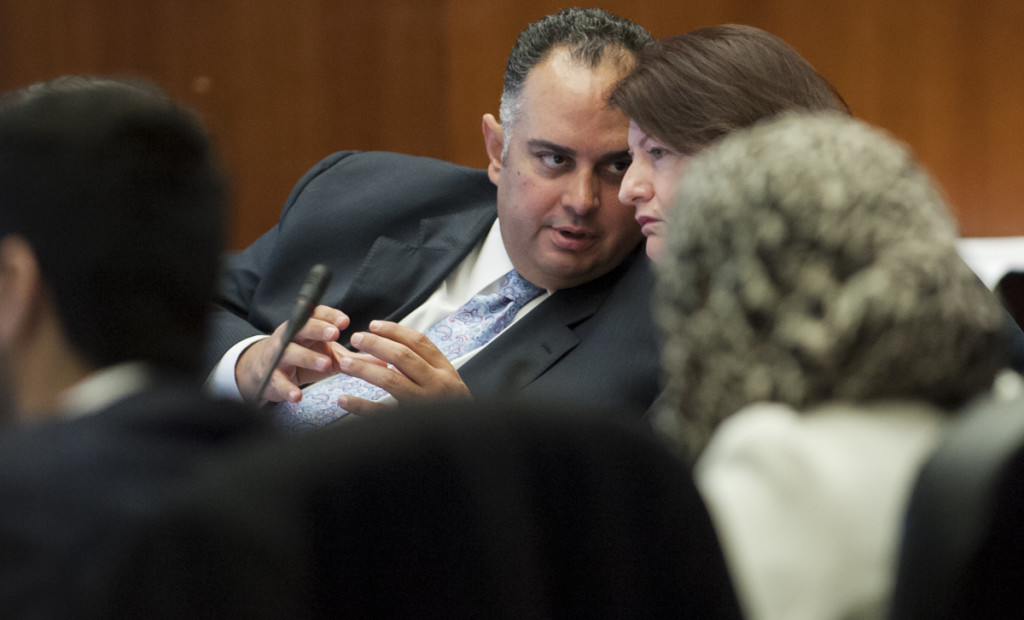 California State Senate Democrats introduced a bill that proposes $75 million in state funding and to repeal the proposed five percent annual UC tuition hike and provide further state funding for both the UC and CSU systems on Monday.

The bill, called Senate Bill 15, was authored by California state Senators Kevin De Leon of Los Angeles County and Marty Block of San Diego County and is also known as “A Plan for Higher Education in California.” If passed, the bill would allow public higher education institutions in California to increase enrollment and support services for students to graduate on time, and proposes raising out-of-state tuition to approximately $42,000 in order to make tuition more affordable for California residents.

If passed, the bill would eliminate the ability for incoming undergraduates to obtain the Middle Class Scholarship — which provides funding for students who have a household income of over $150,000 per year, as well as out-of-state students — in order to transition funds into initiatives that will allow the UC and CSUs to prevent tuition hikes.

The bill text stipulates an increase in the total number of competitive Cal Grant awards granted annually to 30,000 and would increase the maximum tuition award amount for certain Cal Grant types by roughly $1,000 starting the next academic year. 7,500 new Cal Grant awards would also be available to students if Senate Bill 15 is passed.

According to Block, the bill would allow public universities in California to better prepare students for post-graduate careers and would encourage more students to complete their degrees on time.

“SB 15 rejects tuition increases for California’s students and incentives the completion of traditional four-year degrees in four years,” Block said. “SB 15 accomplishes this by funding additional course sections, more academic counselors and increased financial aid opportunities, and … will ultimately empower our public universities to prepare tens of thousands more California students for the workforce and give these students and California taxpayers a much needed bang for their buck.”

According to Block’s Communications Director Maria Lopez, students are always the “first resort” for the state to use as sources for public school funding, however the bill would protect students from the financial burdens faced in the wake of the rising costs of higher education.

“Tuition is very high for students, which is bad, and has more than doubled since 2004. But the state continues to use students as a first resort and last resort in raising costs of higher education,” Lopez said. “This bill will help to prevent students from dropping out, which happens often, and enrollments will increase. The goal is to lower disappointment and make sure students are provided with support to fund the higher education system.”

Lopez said another goal of the proposed bill is to increase diversity in universities and make education more accessible to more people.
“We call it ‘The Change in Pace and Face’ in the education system which means that we hope to see increase in diversity and ways in learning,” Lopez said.
UCOP spokesperson Shelly Meron said while there has been a decline in state budget for support for public education, the system has to keep its promises to provide the best quality in education.

“The UC has to keep its commitment to Californians by growing resident enrollment, keeping financial aid, and upholding academic excellence,” Meron said.

A version of this story appeared on page 1 of the Thursday, December 4, 2014 print edition of the Daily Nexus.