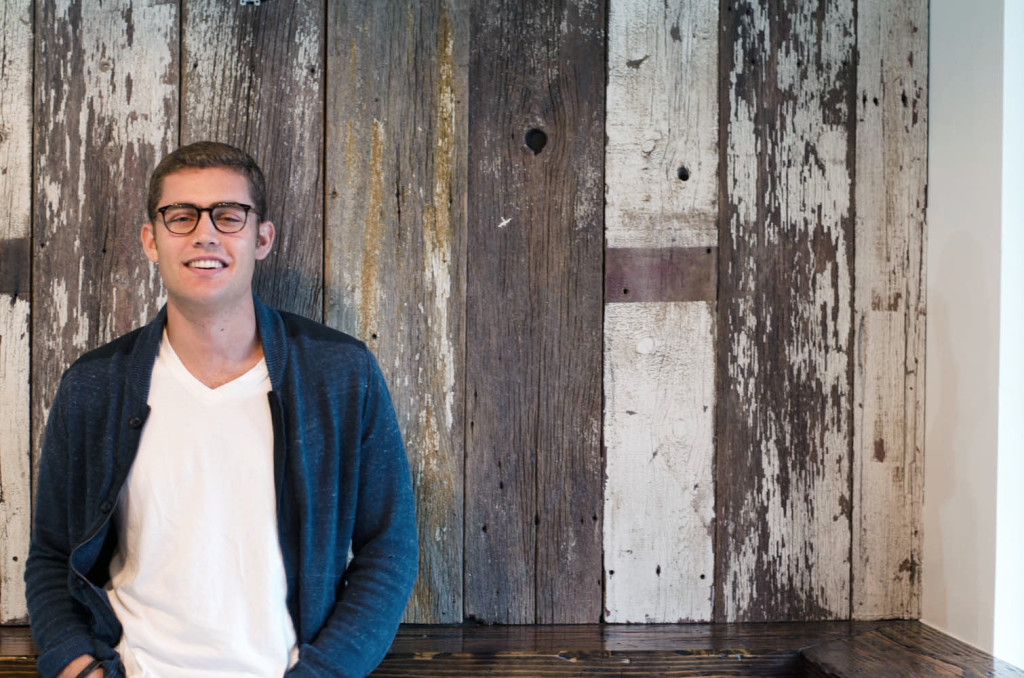 This past October, resident candy fiends met a shock. Without notice, the fro-yo and candy vendor Sweet Alley shut its doors and vanished. While new alternatives quickly arose from Sweet Alley’s sugary dust, some locals were hard-hit by the loss. One nearly cried over the prospect of no more chocolate-covered strawberries. Another pulled unexpired coupons for dollar-off floats from her fridge, tossing them listlessly into the garbage. The closure of Sweet Alley was not simply a business going under. It was a loss of an oft forgotten, but, when remembered, joyous joint.

But within weeks of the abrupt end of a candy era, the building blocks for a new one began behind that impenetrable entrance. UCSB alumnus Nicholas Mason closed the deal over a weekend of breakfasts and barbecue and became the third owner of Sweet Alley. Left with stale candy, old yogurt machines and a confused clientele, Mason was left with the ruins. But the former success bereft business failed to deter him. With a combination of entrepreneurial spirit and hipster’s savvy, Mason began the process of completely re-gearing the space and perhaps even the definition of “yogurt shop.”

On The Menu met with Mason in the scrapped shopfront in the process of renovation to discuss candy, Isla Vista and the future of the sugar business. The reclaimed planks of a razed dairy barn lined the floors. The old seating lingered near the back door, ready for scrap. Mason sauntered through his new domain, his yellow lab obediently trailing behind. Within a month, the dust will be swept away, the recycled wooden slats will adorn the walls and cool vibes will inevitably stream from the opened doors of a newly-branded Sweet Alley.

How did you become the owner of Sweet Alley?
I was in the process of moving up to San Francisco — I was born and raised here and went to UCSB — and Oct. 16, I saw an ad in a paper that it was for sale, and I reached out. We had breakfast Saturday morning … at the Montecito Country club and we closed the deal Sunday evening over barbecue. So it went really fast. 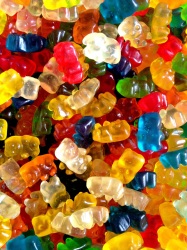 What goes into the rebranding process?
We’re rebranding as Sweet Alley but everything’s really dated so we’re redoing the logo, redoing the website, all the menus … [we] took what was existing and just made it newer. It looks super fresh. The whole store is going to be different. So we’re rebranding not only the image, but also the experience.

Have you considered altering the atmosphere to better improve students’ experiences as students?
Absolutely. So the place is great. It’s your basic yogurt shop. It has all your yogurty colors and the bright pastels and the green countertop … so we’re going to change it all. No more pastels. So this wood on the ground is actually sourced from a barn — I think it was a dairy barn — in Michigan so this is going to wrap it around the whole bar. Just doing that alone will change the entire feel of the space … We’re doing a photo shoot of super fun, sexy ice cream scenes, like people playing with ice cream. I mean, it’s I.V. so you gotta keep it fun. It’s going to be full WiFi. And I’m spending the extra money to get fast WiFi so you aren’t sitting there loading.

So far, what has been the biggest challenge of reopening a yogurt shop?
I know the community and I know that the audience isn’t going anywhere so that’s my safety. I guess the most difficult part is that, at the end of the day, I have no idea what I’m doing, but I’m figuring it out. At the end of the day, I’m 25 and running a business in Isla Vista and it’s pretty saturated with a lot of competition and I think people expect a lot of you and I hope to deliver. I will deliver.

Do you see Shave It as pretty serious competition or do you think Sweet Alley has a name big enough to hold its own?
I have no problem with them. I mean, there’s so many Mexican places here. Everyone competes with everybody and at the end of the day I don’t see them as a threat at all … Sweet Alley has what, five years of brand recognition? The vendors are all going to be different. I’m talking to a local creamery for my ice cream. Our menu is going to be ice cream, frozen yogurt, bin candy, which we’re bringing more in … ice cream sandwiches, milk shakes, floats and maybe even coffee.

So now that we’re onto the menu, do you prefer ice cream or frozen yogurt?
Personally, I’m kind of lactose intolerant so I don’t go big on either. But I dig a good sorbet.

So do you have a favorite sorbet flavor?
We did some tasting and there was this acai berry sorbet that was amazing. I’m going to say that one right now. We will definitely open with the acai berry sorbet.

What was the worst candy previously in stock at Sweet Alley?
I can tell you, it was the gummy bananas and I know that because … no one likes banana candy (and if you do I apologize), but most of the candy was cleared out when I bought the place, but the gummy banana drawer was full — full of gummy bananas. So that drawer is not going to be there anymore. There are like 10 popular candies. There’s the gummy bears, the sour patch kids and also the chocolate-covered gummy bears. I hope to get local stuff in here. There’s a lot of people that make taffy and caramel and I’m not going over the top, but I think offering another selection is going to be a good thing.

Do you have a candy you’re most interested in bringing in, a personal favorite?
I’ve kind of always been a gummy bear guy. Super simple. It’s not very interesting, but that’s all I have. I do like the green apple sour rings. I get them at like the gas station for road trips. Also, another thing we’re doing with the candy, they’re constantly going to be churned. Everything’s going to be fresh!

Have any opinions on candy underwear?
Candy underwear … I don’t have much experience with candy underwear but I’m sure I could get into it really quickly. It sounds kinda kinky. If I get introduced to underwear candy I’m going to definitely start selling it. In bulk.

What was the sweetest gesture you’ve done to impress a girl?
Well hopefully it would be buying a candy shop!

Any final remarks?
We’re going to be extremely clean and we’re going to provide quality at all times. So if that results in me not netting what I can conceivably net, I don’t mind at all. So I want people to know that we have the best ice cream in Isla Vista.

The second incarnation of Sweet Alley is located at 955 Embarcadero del Mar and is set to open Jan. 2.

This story originally appeared on page 13 of December 4, 2014’s print edition of the Daily Nexus.