The Daily Nexus
Sports
Gauchos Return Home, Look to Bounce Back Against Seattle
December 4, 2014 at 5:05 am by Mark Salay 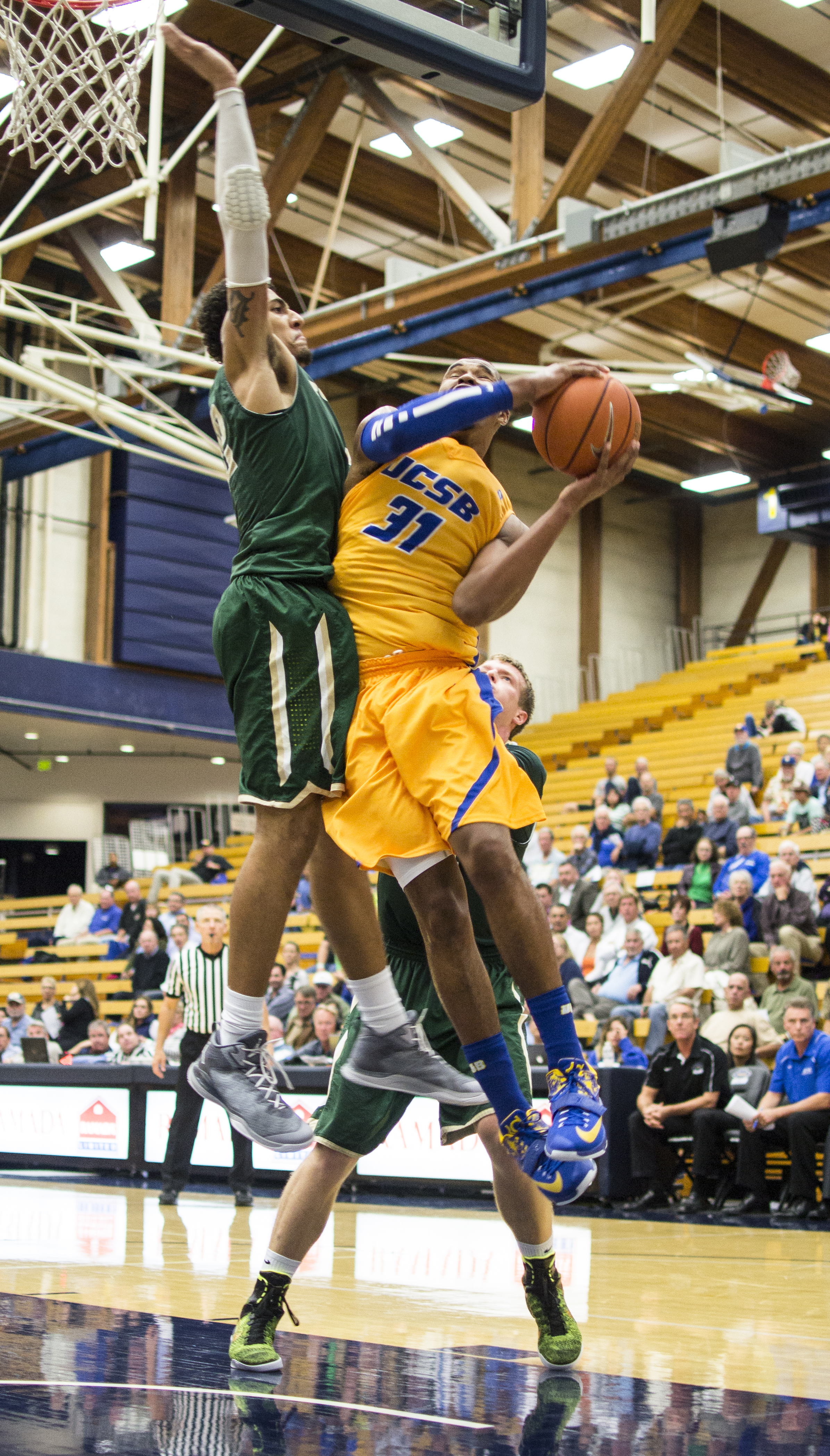 The UCSB men’s basketball team returns to the Thunderdome tonight to play against Seattle University, and seeks to rebound from a last-second defeat in its previous game.

Santa Barbara enters the contest with an even record of 3-3. During the Thanksgiving break, the Gauchos traveled more than 2,000 miles to Anchorage, Alaska to participate in the Great Alaska Shootout tournament. UCSB advanced all the way to the finals against Colorado State, but were upended by the Rams at the charity stripe after a foul call with seconds left, losing 65-63.

“[CSU] hurt us off the dribble, they put their heads down and just dribble attacked us and we fouled,” Head Coach Bob Williams said. “We have to get more disciplined on that and just do a better job.”

Santa Barbara previously came away with a thrilling overtime win against Mercer in the semifinals and dominated Pac-12 opponent Washington State in the first round.

For Seattle, this will be the first time the team leaves the state of Washington for a game, coming in with an identical record as the Gauchos.

The Redhawks play in the Western Athletic Conference and have a lot of experience on their side with four seniors, but the leader of the pack is guard Isiah Umipig.

Umipig averaged the most points on the team from last season with 19.6 per game, ninth among returning Division I players. The Gauchos will have to key in on him, especially on the perimeter where Umipig holds a program record for most three-pointers (106) made in a season.

“We have a game plan against him. He’s a good shooter,” junior guard Michael Bryson said. “We just have to do our stuff and make sure we’re executing the way we need to. Ultimately, it’s going to come down to how well we execute our offense and execute with our defense.”

UCSB will rely on the same formula, and that is giving the ball to senior center Alan Williams.

Big Al was named Most Outstanding Player of the Great Alaska Shootout after posting three double-doubles and averaging 18.7 points and 14.7 rebounds. Against Mercer, Williams had a 20/20 game, putting up 22 points and a career-high 20 rebounds.

He became just the 10th player in program history to record 1,400 points and could potentially become the all-time rebound leader for UCSB in this game, needing just seven more to top the list.
Junior guard John Green will start in place of junior forward Mitch Brewe, who suffered a concussion the previous game.

Freshman guard Gabe Vincent will also see playing time for the first time since the second game of the season; he comes back from an infected blister on his foot.

Tip-off against Seattle is set for 7:30 p.m. at the Thunderdome.

A version of this article appeared on page 8 of December 4, 2014’s print edition of the Daily Nexus.