The Daily Nexus
Sports Blogs
The NFL Needs YOU
December 3, 2014 at 5:01 am by Sarah Stigers 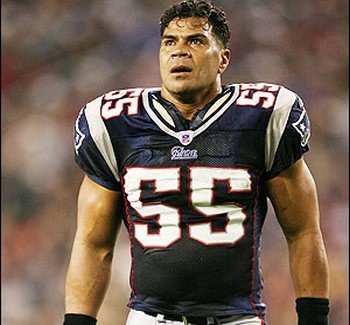 Recent headlines are claiming it to be the “helmet that can save football,” and the Guardian Cap may be just that.

The cap is just a soft-shelled outer layer placed on to the typical football helmet, but what it lacks in style, it claims it makes up for in concussion prevention, as it clams to reduce the force of impact by 33 percent, according to Guardian Cap makers and supporters.

The GC site, however, does have a warning message, urging customers to not see this invention as the end for football’s impact concussions, because the only way to prevent them is to avoid impact all together.

The Guardian Cap, however, works like a cushion, absorbing helmet-to-helmet blows in a way that the typical football helmet cannot. The transition from soft helmets to hard helmets was for a reduction in skull fractures, but the modern designs did not account for concussions.

With skull fractures on the serious decline — almost rarely seen —the need to increase protection for concussions is necessary.

According to PBS headlines, 46 of 49 deceased NFL players were found to have brain damage, or a type of disease called Chronic Traumatic Encephalopathy (CTE), which is caused by a series of traumatic brain damages such as concussions.

In a study of 128 past football players, whether professional, collegiate or high school athletes, 101 players were tested positive for CTE, or just fewer than 80 percent, according to PBS.

Whether the GC is the answer or not, these results should resonate in every football fan, and urge for new research, and product testing in attempt to solve this very damaging problem.

Some of the very real symptoms of CTE according to Boston University are memory loss, confusion, suicidal thoughts, aggression and depression, which can eventually lead to the development of Parkinson’s disease and dementia.

Like I said, these symptoms are very real, and can explain the death of beloved former San Diego Charger, Junior Seau who committed suicide in 2012 with a bullet to the chest.

Football screws up its players; petty fines for things like helmet-to-helmet contact and illegal hits does not mean anything to players who make millions of dollars a year. Punishment is not the answer here.

There are many things wrong with the NFL in years past and present, and though the use of fines and education on the long-term effects of concussions is benefitting today’s players, that does not erase the fact that Ohio State Buckeye, Kosta Karageorge, was found in a dumpster on Sunday with apparent self-inflicted gunshot wounds. The current leading causal assumption stems from traumatic brain injuries, after his mother states he had suffered multiple concussions and bouts of extreme confusion, according to NBC News.

The point of my blog lines up precisely with this issue. While most reporters and bloggers are focused on the game, stats, and scores, I find it necessary to take a step away from the action and focus on what is happening off the field. If nobody stopped to think about this very important issue, then it would never be solved, which is why the NFL falls under such scrutiny for letting this issue persist for so long.

It’s time to take a stand, football fans. If what I have stated in this post doesn’t strike you, then you shouldn’t be watching football in the first place. It’s our duty as fans to appreciate the game, AND its players. Whether our solution for football concussions is the Guardian Cap or not, it’s something to try, to perfect and implement.

The NFL needs change, and its up to the fans to push it forward.