The Daily Nexus
Music
A Taste of the Past: Pink Floyd’s Final Album
November 27, 2014 at 1:51 pm by Alexandra DeSanto 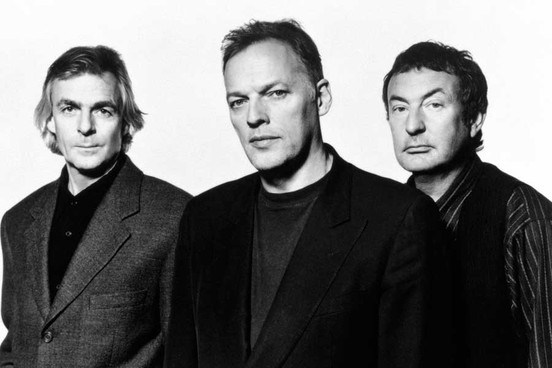 “We’re just two lost souls swimming in a fish bowl, year after year/Running over the same old ground, what have we found?/The same old fears; wish you were here.” These are the legendary lyrics we have become familiar with over the course of our lives. If your childhood was anything like mine, you also have nostalgic memories of growing up to the sweet and powerful tunes of English psychedelic rock band Pink Floyd. Even if you didn’t consciously listen to Pink Floyd, you’d probably recognize the striking sounds of the band’s most popular songs, such as “Wish You Were Here,” “Comfortably Numb” and “Another Brick in the Wall, pt. 2.” After nearly 20 years of silence, the group released its final album on Nov. 7.

The Endless River isn’t necessarily an album of new, original and never-before-heard songs. Instead, the music comes from the 1993 Division Bell sessions, in which David Gilmour, Richard Wright and Nick Mason (three of the five original band members, the others being Roger Waters and Syd Barrett) played casually together at Britannia Row Studios in London and the Astoria houseboat recording studio moored along the River Thames. The tracks that were created through this collaborative effort are the basis that forms the band’s final album.

Although noticeably comparable to Pink Floyd’s ethereal space sound, the tracks that make up The Endless River are unlike any of their renowned songs. Instead, the album is composed of all instrumental songs with the exception of “Louder than Words.” Gilmour’s wife Polly Samson wrote the lyrics for this last track. 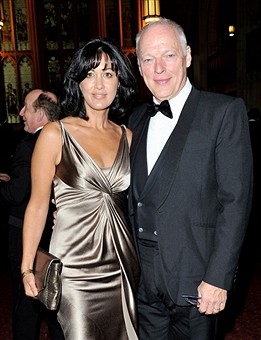 Gilmour and Samson/Courtesy of examiner.com

The album is composed of four sides, with each side subdivided into individual parts. Each part makes up a track on the CD, adding up to a total of 18 tracks. “Louder Than Words” came out the as the only single off the album during the beginning of October. Because of Wright’s death in 2008, the album serves as final means of showcasing the musical talent and creativity of Pink Floyd’s three lasting members.

Although it has been critiqued for not being an actual “album,” and rather a re-publishing of songs already in existence, I think The Endless River is an admirable collection of music that gives Pink Floyd lovers a taste of the band’s illustrious instrumentals, one last time. The music flows beautifully from part to part, and moves me in a way that only Pink Floyd seems to be capable of doing. For instance, “It’s What We Do” (Side 1, Pt. 2) is composed of calming and sensational drum and keyboard rhythms that are downplayed by high-pitched guitar solos. The sounds are built up towards the end of the track, and transition into the next piece entitled “Ebb and Flow” (Side 1, Pt. 3). The rhythm and sound remains continuous as the former track ends and the latter track begins. Only several seconds into “Ebb and Flow” does the rhythm from “It’s What We Do” fade away.

It is eclectic, combing the sonic experimentation techniques of the guitar, keyboard and drums to create powerful rhythms and harmonies. While soothing and slowly-paced tunes incline me to close my eyes and relax, electric and upbeat qualities make me want to get up and run marathon. It is these factors that remind me why Pink Floyd’s inspirational tunes have transformed audiences across generations.

Although “Louder Than Words” complements the closing of the album nicely, it is not one of my favorite tracks, as the lyrics minimize the potential of the song. With lyrics including “We bitch and we fight/diss at each other on sight” and the chorus comprising of “The sum of our hearts/the beat of our parts/is louder than words,” I think the song would have been more exceptional without vocals. I feel like these lyrics are a little bit pretentious and do little to compel the listener — the opposite for which Pink Floyd has always been praised. Therefore, I prefer to focus on the compelling instrumentals that I have grown to adore Pink Floyd for over the course of my lifetime.

My favorite track is “Anisina” (Side 2, Pt. 4) because it is one of the most melodic pieces on the album. Instead of including random keyboard sounds and abstract guitar riffs, this tune is consistent in its entirety. Although it is instrumental, its persistent drum and piano melodies are catchy. Its instrumentals build up during the middle of the piece and are further dramatized by the dynamic sound of the saxophone. Because it is more formally patterned, its predictability draws me in in a way that no other track does. A compelling guitar solo finishes the song and leaves me feeling both optimistic and powerful.

Whether you still actively listen to Pink Floyd or are only able to recount a handful of bittersweet,             rock ‘n’ roll-filled memories, The Endless River is a work of art that should be listened to as a tribute to the renowned group of musical geniuses. Although incomparable to the authentic hits and musical brilliance of the group’s previous releases, this final album acts as the cherry on the cake for the entirety of Pink Floyd’s journey as a band.

I was a bit beyond childhood when I was first touched by Floyd with there ‘Meddle’ album and the ‘Echoes’ track.

This final sojourn seems to be more than appropriate; something of a guidestone for all of us who are now approaching our own eternal, endless rivers.

My thanks to Pink Floyd for a lifetime of so many wonderful journeys :)