The Daily Nexus
Sports
UCSB’s Offensive Struggles Continue in Blowout Loss to Arizona
November 26, 2014 at 5:00 am by Michael Jorgenson 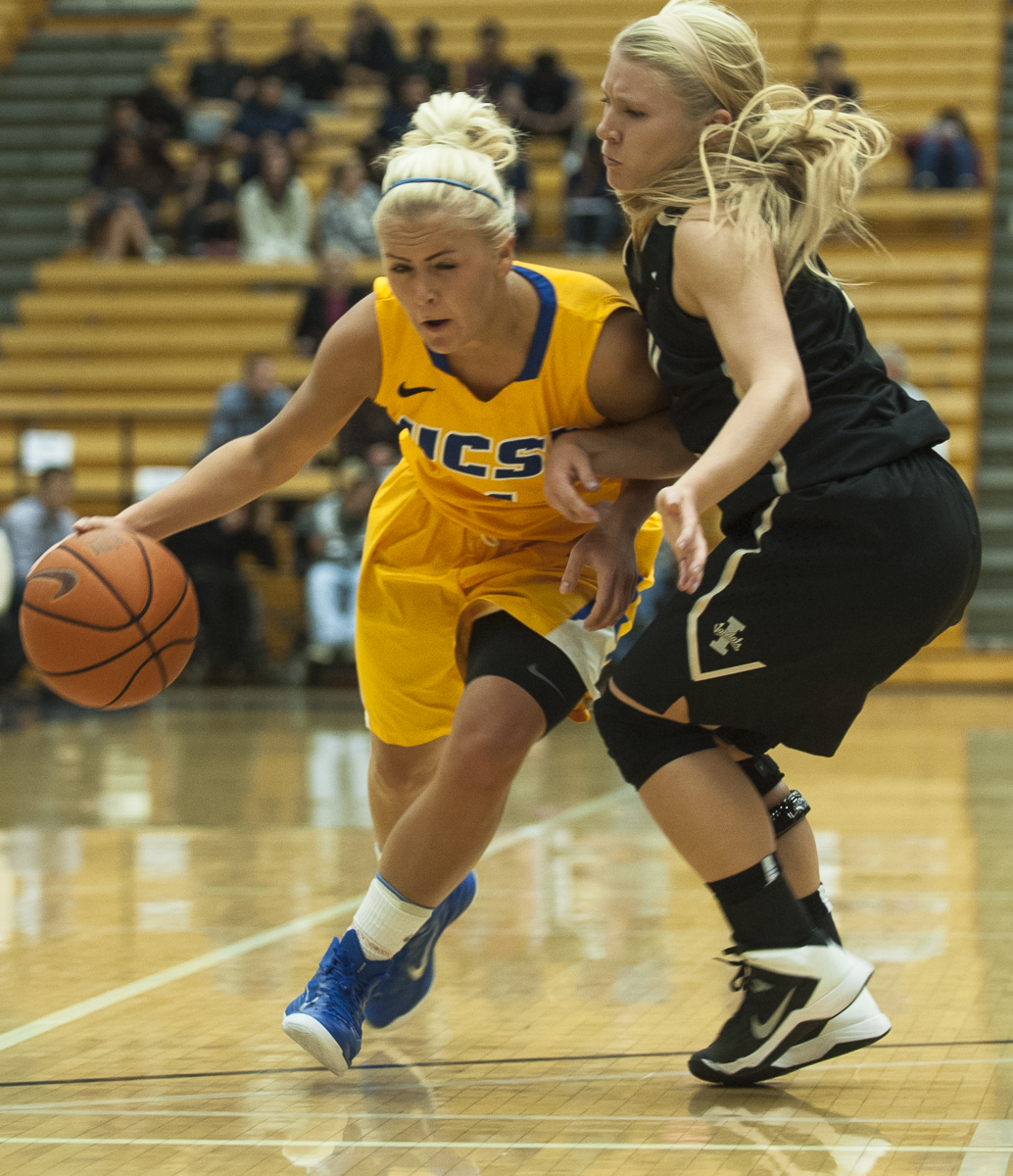 The UCSB women’s basketball team continued to struggle as it suffered its worse loss of the season yesterday in a 61-34 road matchup against Arizona.

The loss was the Gauchos fifth straight to open the season and their 10th in a row dating back to last year. Arizona improved to 1-2 with the win.

As has been the case in every game thus far, UCSB performed poorly on the offensive side and fell behind early. The Gauchos were able to make just four shots in the first 15 minutes of the game as the trailed 22-8. With six seconds left in the first half, Arizona’s redshirt senior guard Candice Warthen knocked down her third three of the half to put her team up 29-14 heading into halftime.

From there, Santa Barbara’s offensive woes only got worse. A layup by junior forward Jasmine Ware to open the half made it 29-16 in favor of the Wildcats, but once again, the Gauchos failed to score another basket for a long stretch. Back-to-back threes from freshman guard Charise Holloway extended Arizona’s lead to 37-18 as her team went on a 14-2 run to destroy any hopes of a comeback for UCSB.

Redshirt freshman Dejza James put in a layup with 37 seconds left to give her team its largest lead to end the game at 61-34. UCSB never led in the game.

The poor shooting for the Gauchos that has hindered them all season showed up once again yesterday as they shot just 11-48 from the field, including 2-13 from three-point range. Ware and senior center Clair Watkins led the team with eight points apiece.

On Arizona’s side, Warthen finished with a game-high 15 points on 5-9 from the field and a perfect 3-3 from beyond the arc to go along with six rebounds. James had a game-high 11 rebounds, chipping in with five points of her own, while sophomore forward LaBrittney Jones added 10 points on 4-10 from the field.

While the shooting wasn’t there for UCSB, its work in the rebounding department certainly didn’t help as the Wildcats dominated the boards, outrebounding the Gauchos 49-29 on the night and ending the game with a 17-2 advantage in second chance points. Santa Barbara has been able to stay in games this year thanks to its ability to get to the free-throw line, but it finished just 10-14 from the line while Arizona shot 13-20.

While both teams were fairly similar in the turnover department with Arizona turning it over 14 times to UCSB’s 13, the Wildcats were much better at capitalizing, outscoring UCSB 14-3 on points off turnovers.

Now that their two-game road-trip has been completed, the Gauchos will return home to face Army for their Military Appreciation Night this Friday as they look to get their first win of the season.