Welcome back to The Island my Fantasy owners! Hope you all had a great week of watching as well as playing and that you all are looking at a playoff spot coming up. If you were on your couch Sunday night, then you are probably blessed enough to say that you witnessed what may have been the greatest catch in the history of the NFL, which broke the Internet like never before. Odell Beckham Jr. made a three fingered catch that made me hit my head on the ceiling, especially in hopes that the Giants would steal one away from America’s team. Classic Eli showed up though and the 50/50 Romo landed on heads this week. My game to watch this week, pardon my possible bias, is the first Philly vs. Dallas matchup of the season. Finally, a Thanksgiving Day game besides the classic Lions loss; even when they are favored they find a way to get the short end of the wishbone.

Enough of this straight NFL talk though, let’s get into some fantasy! I had a decent week, taking full control of one of my leagues with a 153.46 point performance and maintaining a second place standing in another, but I was killed by Demaryius and Isaiah Crowell in my third league. Hope you guys are ready to go for the playoffs, which is the trickiest time to play. Sitting and starting are more key than ever and you may be forced to hit the wire. Let’s get right into it, where we started. With Mr. Beckham.

Odell Beckham Jr., G-Men WR: I stated before that Odell without a doubt broke the Internet Sunday night with that catch and even the ones that he flaunted in warm-ups. I must redefine Internet as including fantasy and not simply social media that he broke, with the thousands of tweets and the tons of Photoshopped pictures, including my personal favorite: “Birth ContrOdell” 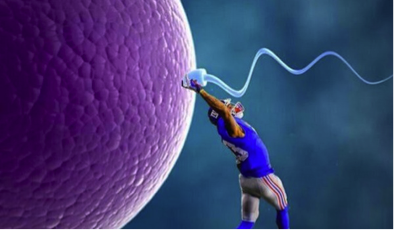 If you have him, he is good look for this week as the Big Blue head to Jacksonville and if you are need of a receiver, he is still available in 20 percent of Yahoo leagues even after his recent surge. Hot players like this are good for a ride to playoffs or even just to cover a bye week.

Josh Gordon, Cleveland WR: After not playing a game since December of last year, this kid looked good. He was targeted 16 times and reeled in half of them for 120 yards. For you stat freaks, that’s 15 yards per catch. When looking at efficiency, he only had 50 percent of the possible points that he could have had. I will wear a Cowboys jersey like Stephen A. Smith if Gordon has another game where he catches less then half of what he is thrown, regardless of what Hoyer does. He came back at a perfect time for his team that has more wins than LeBron and the Cavs, and is tied with every other team in their division for a playoff spot. He’s headed to upper NY to face the Bills this week, whom play satisfactory defense, but he has to get the start in your lineup.

LeGarrette Blount, Pats RB: Perhaps the only guy that will beat Odell on the wire this week is Blount. After ironically being charged for marijuana possession early this season, the irony coming from both his name and my mention of Josh Gordon, it seems this player may have found a comfortable spot running in the Brady Bunch. He got his season high in attempts with 12 and made more than the most of them with almost 80 yards and two TDs. The question is whether this will be consistent. The answer is “ehh”. The Pats are power runners, but the red zone belongs to the Brady/Gronk duo. Blount is worth an add in deeper leagues but those of you with showtime lineups in eight man leagues, stay away!

C.J. Anderson, Broncos RB: Maybe I spoke too soon about Blount killing the wire this week. On Sunday, it was made evident that Anderson is running for Denver for the time being. In my Yahoo league, he has reeled in 26.3, 19.5 and 29.5 points in the last three weeks with 27 attempts in the last game! He, like Odell, is hot and could soon lose fire but for right now he is worth a start at the flex undoubtedly. He has a tough matchup at Kansas City where the pass will be more dominant, but he is a dual threat (4 rec for 28 yards) so have faith.

Tight End Scramble: This could be a crazy week for that big guy who blocks when you wish he would go out for a pass. Greg Olsen is back from bye week and it’s too close to call Jordan Cameron a definite starter or if he is even worth it with Gordon back. Here are my picks for your tight ends this week.

Jimmy Graham, N’Orleans– Nothing to say. You saw him last week, he shows up for big games. The Steelers are a big game.

Greg Olsen, Carolina– Like I said, coming off of bye week. He’s playing against a Minnesota, who well defends the TE, but he is Cam’s favorite target and that doesn’t change.

Gronk, The Pats– He plays for the hottest team in the NFL and they aren’t looking back. He is a large reason for this success, he has the most yards for his position and he has the second most TD’s.

Brent Celek/Zach Ertz, Philly– The Eagles are playing Dallas, whom gives up the most points to the tight end position and nearly the fewest to the wide receivers. This means that Sanchez’s favorite target, Jordan Matthews, may be locked up on tomorrow.

Coby Fleener, Indy– As of right now it seems that Dwayne Allen may be out again this week. If that is true then Fleener will get a lot of attention as we know that Luck loves his TE’s.

The guys I’m keeping out of my lineup this week are Owen Daniels, Jordan Cameron, Heath Miller, and Vernon Davis

Thanks for joining me this week on Fantasy Sports Island, I hope this information helps you with your surely epic, playoff pursuit!

The only thing Daniel loves more than watching the Cowboys lose is searching what else Odell Beckham’s catch can be Photoshopped to. Give him a hollar on Twitter @TheRealMoebus  for more fantasy football advice.