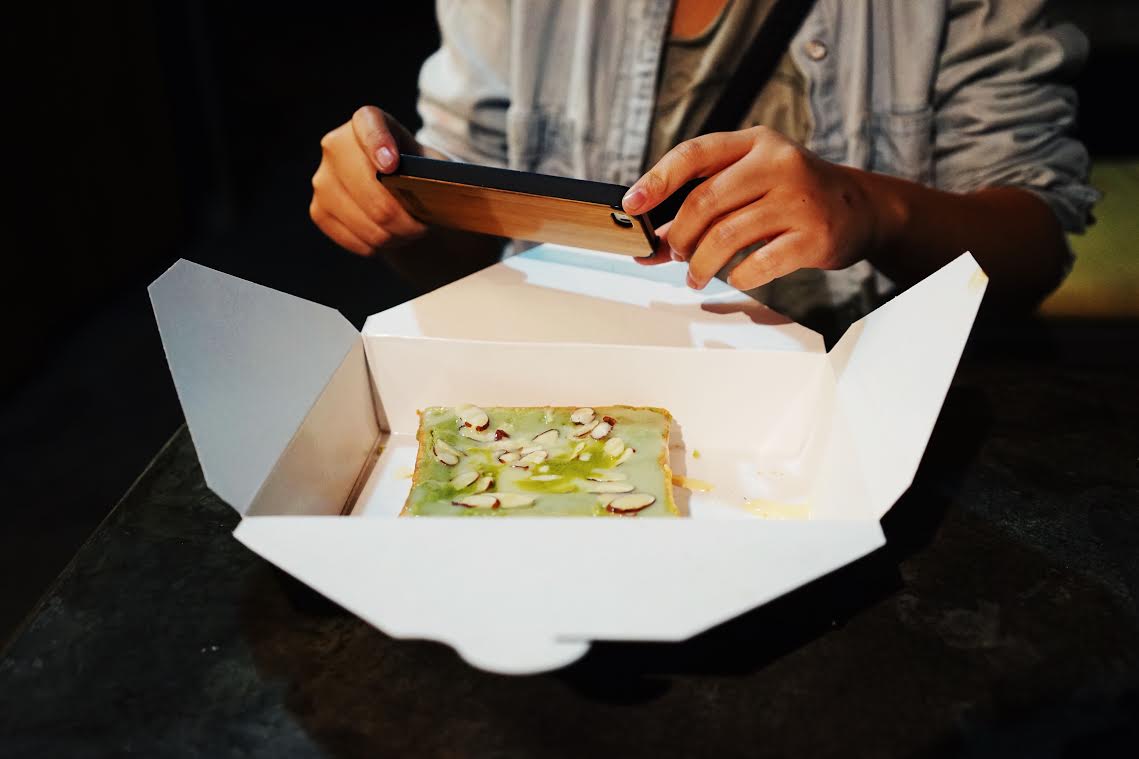 To shoot or not to shoot. That is the question that seems to be on almost every Instagram-owning, self-proclaimed foodie’s mind. In place of a skull, the camera eye finds a croissant or doughnut, a juicy beef patty between two ramen buns, a green bottle of cold pressed juice or basically anything that screams one’s interpretation of food porn. Though not as profound of a question as the one asked by Shakespeare’s Prince Hamlet, the dilemma still takes center stage on many restaurant tables more often than we’d like to admit. From the table-arranger apologizing repeatedly to his or her friends while trying to create a photogenic setting to the person snarking about the whole scene at the other table, it’s an issue widely discussed by regular food lovers, chefs, restaurateurs and even health experts. 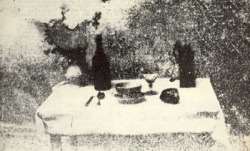 The first example of food photography: a photo by french photographer and inventor Joseph Nicéphore Niépce. Photo courtesy of collodion.claude-marillier.net.

Visually recording food is nothing new and can actually be traced back to the 17th century, when it was common for the wealthy to commission realistic paintings depicting glorious tables abundant with fresh food. These still lifes became popular particularly in Rome and in the cities of Northern France and the Netherlands. The paintings were often used as symbols of wealth and continued on into the 18th century, where the focus shifted to the visual and physical qualities of food. The introduction of the camera in the 19th century changed the way the images of food were preserved. The inventor of photography, Joseph Nicéphore Niépce, also receives credit for the first recognized piece of food photography, with a simple still life taken in 1832. Other notable food photography pioneers include Louis-Jacques-Mande Daguerre, Henry Fox Talbot and Hippolyte Bayard.

The tradition of visually conserving food continues to this day, with the majority of images taking the form of Instagram posts. Hashtags followed by words like “foodie,” “foodporn,” “foodgasm” and varying successions of “nom,” all serve the purpose of paying homage to food, glorious food. The number of blogs and Instagram accounts dedicated to the beauty of food continues to grow, with curators ranging from chefs like René Redzepi and Jamie Oliver, to professional food lovers like Instagram users @Utosh and @GirlEatWorld. Even technology has begun to show its love for food photography through innovations like the #dinnercam, a portable photo booth for food that resembles a tanning bed and is “designed to take social media food shots to the next level.” Food photography has become so popular that amateurs can take courses and workshops to improve their shots. 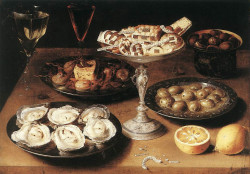 Despite its online popularity, the food photography trend hasn’t wooed everyone. The claim that it takes away from the overall experience of eating food is one argument against compulsively sharing food photos. The Journal of Consumer Psychology published a study suggesting that people may actually enjoy their food better if they didn’t Instagram their food, and that the time spent focusing on images of edibles makes that food less satisfying. The Chief of Psychiatry at Women’s College Hospital at the University of Toronto, Dr. Valerie Taylor, argues that the obsessive Instagramming of food may be a signal of larger health problems that may lead to obesity. A more popular but less research-based argument claims that photographing food in a restaurant is just downright distracting to the eater, fellow restaurant-goers and chefs. Bulky DSLR cameras, flashes and awkwardly hovering over dishes, in all fairness, can be irritating, which has led some chefs like New York-based chef/owner David Chang of the Michelin-starred Momofuku Ko have banned photography altogether in their restaurants. Anthony Bourdain, a much-beloved chef, author and food personality, said in an interview with The Wrap, “it’s not to share. It’s to make other people feel really bad … It’s basically a ‘fuck you,’” but admitted that he too was guilty of the foodstagramming trend.

So should we photograph our food or not? Yes and no. Food has been captured as the subject of art for countless generations so there’s no reason we should be the ones to end it, but there are so many things to consider before one whips out a smartphone and/or camera and starts snapping away. Does the venue obviously condemn the photography of food? Then you probably shouldn’t shoot. Are you making others wait an unnecessarily long amount of time to eat while you try to capture the perfect shot? Then you should probably stop. Do you just not care about what other people think about your food photographing habits? Then by all means, do what you want to do. But for the others out there, take these things into consideration. Respect the people around you. Be selective with what you post. Try not to be obtrusive. We as humans have a lengthy tradition of capturing our meals as art, but remember: food, above anything else, is meant to be eaten.

Resident Nexus food photographer Rae Ann gets paid to do the food world’s most annoying habit — luckily she puts Martha Stewart to shame. Stay tuned for food photo tips from the expert.