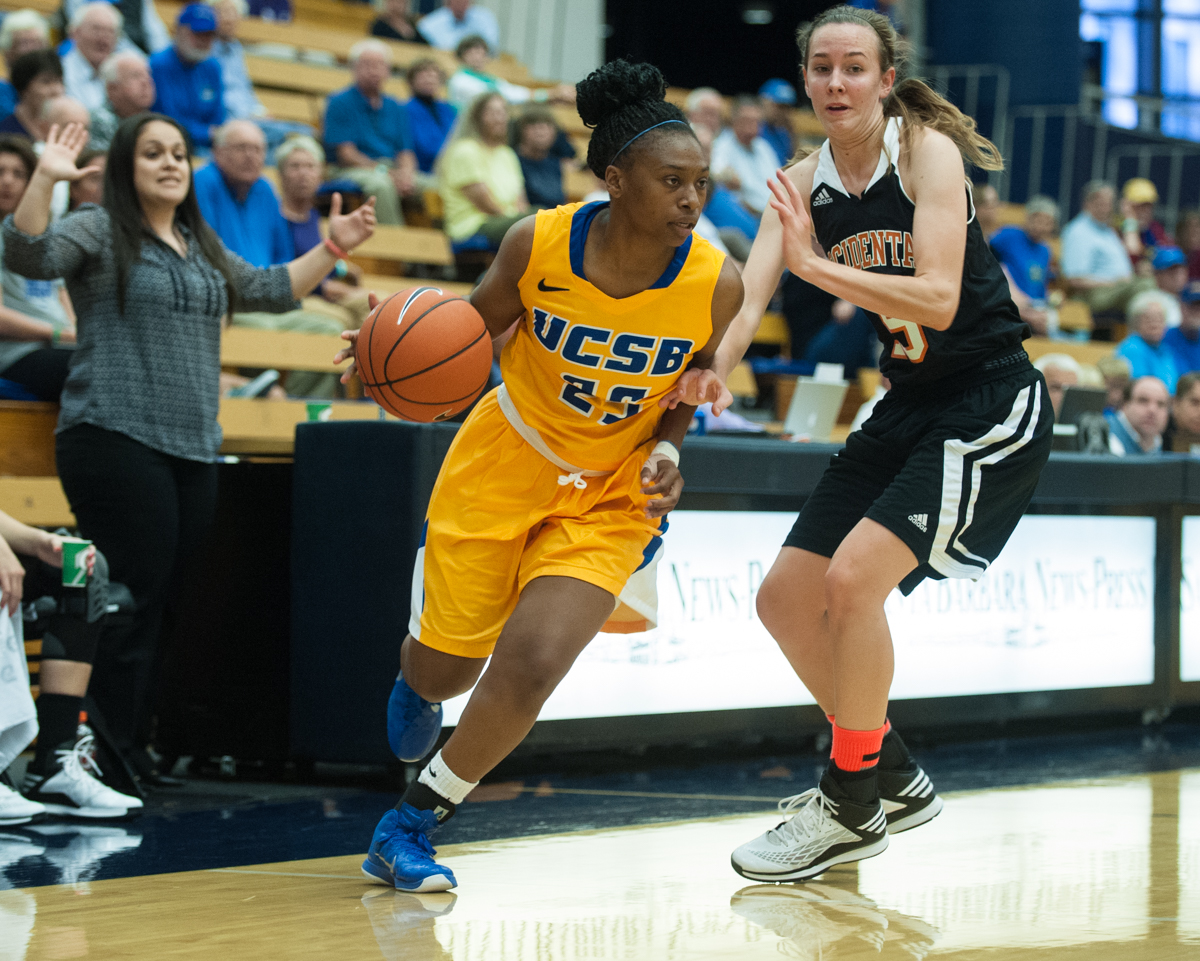 The UCSB women’s basketball team continued to struggle offensively as it shot just 14.3 percent in a 47-33 home loss to Santa Clara.

Suffering their eighth straight loss dating back to last season, the Gauchos fell to 0-3 to start their 2014-15 campaign. The Broncos moved above .500 for the first time this season at 2-1.

“I’m not going to fault our effort,” Head Coach Carlene Mitchell said. “The effort is there, and that’s the frustrating part.”

For the second straight game, Santa Barbara started off cold, scoring just two points in the first eight minutes. However, the Gauchos’ defense kept them in the game, holding the Broncos’ offense to just 21.1 percent shooting in the first half.

UCSB continued to be off from the field, but stayed in the game by forcing its way to the free-throw line. After going 10-13 from the charity stripe heading into halftime, the Gauchos held a 21-16 lead.

“The kids are playing hard, they’re diving on the floor, they took five charges tonight,” Mitchell said. “I’ve challenged them to do the little things.”

The lead option for the Gauchos in senior center Clair Watkins became an afterthought early as UCSB just couldn’t find a rhythm in their half-court offense. Watkins finished 1-11 for three points and six rebounds.

As a team, the Gauchos struggle to find any identity offensively, ending the night shooting an abysmal 7-49 from the field. Santa Clara took advantage of Santa Barbara early in the second half and never looked back, utilizing a 12-0 run to steal control of the game.

“We need to knock down jumpers to give us confidence. When you make the first one and miss the next two it kind of messes with your mindset,” sophomore point guard Onome Jemerigbe said. “I feel like we need more heart and effort. Everybody needs to bring 100 percent.”

Santa Clara was able to pull away with a dominant 31-12 second half behind a team-high 12 points from redshirt freshman forward Beth Carlson. Despite turning over the ball 23 times to UCSB’s 35, the Broncos came away with a 47-33 road win.

“I don’t think we were less aggressive (in the second half),” Mitchell said. “When they start packing it in and daring you to knock jumpers, if you miss one or two then it messes with your mindset and you start settling and over-dribbling and that’s what happened tonight.”

Santa Barbara’s leading scorer on the night was Makala Roper with nine points. The freshman guard hit 2-6 from three-point range as she continues to establish herself as the team’s designated outside shooter. Overall, the Gauchos made 17-22 free throws, compared to 10-15 by Santa Clara.

The Gauchos return to action against Northern Arizona this Sunday.