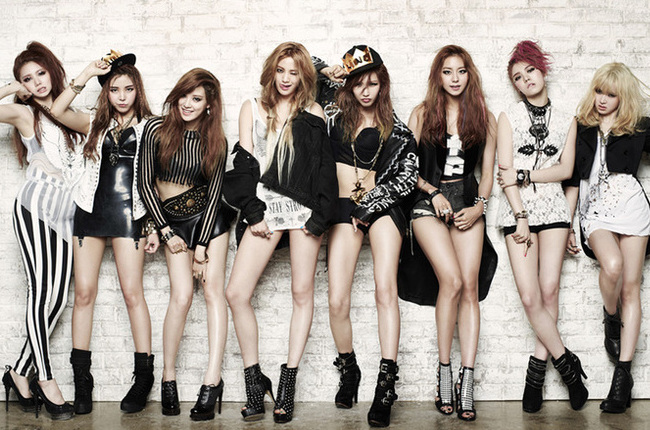 “K-what? Wait what did you say? Are black people even allowed to listen to that?” These were the frequent responses I got when I asked my hallmates in the black scholars hall about their knowledge of K-pop. K-pop (an abbreviation of Korean pop or Korean popular music) is a music genre consisting of electronic, hip-hop, pop, rock and R&B music, which has its origins in South Korea. To the untrained eye, K-pop may appear as a fantastical music genre filled with bright colors, energetic dances and the biggest turnoff for most people: no English.

Today, K-pop has become a “browser-hold” name through the power of social media and the insane popularity of Psy’s “Gangnam Style” garnering over a billion views on YouTube. With its ever-growing popularity a part of the “Hallyu-wave” in Korea, the influence of K-pop has spread out of the small country and found a strong audience in places such as other Asian countries, South America, Europe and even the United States. Though the spread of K-pop is commendable, the general audience still consists mainly of people of Asian descent, with some Caucasians and a growing number of African-Americans.

For most African-American fans of K-pop, the genre’s hip-hop influences act as a gateway drug. K-pop fans that want to expose the genre to their friends typically introduce them to Korean hip-hop-influenced groups. With beats that resemble American hip-hop, the only hurdle for possible converts is the unfamiliar language. Of course, this does not apply to everyone. I sat down a few of my hallmates and showed them music videos that fit the Korean hip-hop fusion subgenre. On the wonderful panel of first-years, we had political science major Bakari Ziegler, film and media studies major Starr Sanford, anthropology major Kennedy Reason and biology majors Nicole Smovzh and Daionna Murray.

Rather than dipping one toe at a time with the first video, we plunged headfirst with what would be considered the epitome of the K-pop genre with the famed group Girls’ Generation and their hit single “I Got A Boy.” Predominately electronic-inspired, the song contains elements of both hip-hop and rap, with the group switching between song and rap. With this music video, I was met with comments like “Why are there so many colors?” and “They all look the same.”

The video involves all nine members — yes, nine girls — putting on their cutest acts to impress a boy, while at the same time cutting to an aggressive and confident hip-hop inspired dance routine.

“I like the dancing since it’s not the same thing throughout the video. Usually artists bring the same thing, like Beyoncé, but this offers a greater medley of things to see with each part,” Sanford said.

A common female opinion was that these singers were rugged and tough when they were with each other, but as Smovzh observed, “As soon as a boy entered, they acted like basic bitches. That’s not cute. That’s not endearing. That’s ridiculous and just a dumb message to get across.”

The next video was met with less groans and more interest on the girls’ part with the music video for “Growl” by EXO, the K-pop industry’s hottest newcomers. If the large band member number in the last video shocked my hallmates, nothing prepared them for the twelve boys that appeared on screen for this video. However, this video gray-scale edits starkly contrasted with the bright color scheme in “I Got A Boy”. My hallmates said that this allowed them to focus more on the music and the “amazing dancing.” Throughout the one-shot video, all twelve members exhibited their chorographical prowess, showing a mastery of intense moves as well as keeping a cool demeanor in the nonstop video. Again, this different form of performance was notable to Reason and Murray, who expressed that “they’re like One Direction, wait no, One Direction can’t dance” and “I have no clue what they’re saying, but, damn, they can dance.”

The last video received the most scrutiny and biggest reaction from my hallmates for the fact that this video drew the most influence from African-American hip-hop culture. The video for Taeyang’s song “Ringa Linga” features the singer clad in baggy pants, grills and faux cornrows while dancing and “spitting mad Korean bars.” To be clear, hip-hop music and culture have become an influential force all across the globe; Korean pop stars are hardly the only ones copying it.

However, Ziegler, the only male that participated, argued “a K-pop star wanting to rap or dance like African-American artists is problematic because there isn’t a genuine desire to connect with black culture. Though they embrace this culture — our culture — their lyrics don’t mirror the culture of oppression and hardships.” And for this reason, the appropriation of black culture and all of western culture itself has become one of the main criticisms of the genre.

Questions remain regarding K-pop’s potential for growth and influence. Will the scene be able to generate artists for the ages similar to the Beatles and Michael Jackson, who both moved from being teen idols to timeless international artists? Or will they continue to mimic their own superficial idea of western artists? While that remains to be seen, K-pop artists are certainly reaping the benefits of the genre’s current success. As for the black scholars hall’s unanimous final opinion, “the genre has room to grow, but has potential. They are all great performers, but they must find their own sound that others will strive to imitate.” Thus, in the black scholars hall, the budding genre has come a long way from being known as just “K-what.”

In my opinion your hallmates are the one’s who are problematic by creating cultural divisions within music. Mimicking their own superficial idea of western artists? I’m sorry but K-pop has raised the bar in music as a product compared to the west and it makes western artists look like they’re not even genuinely trying anymore. Also when I listen to Western music or watch their music video’s I do not see any type of oppression or hardships that you guys talk about, all I see is glamour and blitz in all genres unless I start listening to lesser known artists.… Read more »